The banishing of Kate Smith isn't 'sensitive' --- it's ridiculous 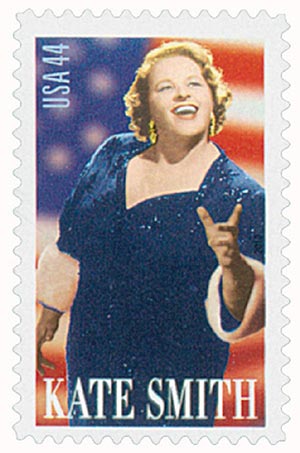 Outside the Wells Fargo Arena in Philadelphia is a nondescript, grit-strewn concrete slab. It is all that remains after the Flyers hockey organization last weekend hauled away the statue of an exuberant Kate Smith that had stood there for 32 years. Gone too is the plaque that explained Smith's cherished place in Flyers history:

"Blessed with a voice and presence which led her to stardom on Broadway, radio, and television, Miss Smith came to symbolize joyous, homespun American patriotism. Kate Smith had a special relationship with the Flyers. . . . Her live performance of 'G od Bless America' helped inspire the Flyers to become Stanley Cup Champions for the first time in 1974. This statue, honoring one of America's greatest patriots, is a gift from the Philadelphia Flyers to the people of our great country."

Both traditions screeched to a halt last week. The Yankees and the Flyers announced that they would no longer play the Smith soundtrack â€” and in the Flyers' case, would immediately remove her statue â€” because early in her career she had recorded two songs with cringe-inducing racial lyrics. By 21st-century standards, the songs â€” "That's Why Darkies Were Born" and "Pickaninny Heaven" â€” are undeniably grotesque. But there is no indication that Smith's recordings were motivated by racist hatred. In fact, "Darkies" was a biting satire of white supremacist bigotry, which explains why it was also recorded in 1931 by Paul Robeson, the formidable African American baritone whose father had been a slave.

Smith was one of the most popular American entertainers of her time. She recorded some 3,000 songs and sold 19 million records over her long career.

During World War II, she traveled more than 500,000 miles to entertain the troops, and sold an astonishing $600 million in War Bonds to help finance the war effort. Her 1938 recording of "G od Bless America" was so influential that both of the 1940 presidential candidates, Franklin D. Roosevelt and Wendell Willkie, made it their official campaign songs. To this day, millions of Americans know Kate Smith for that iconic patriotic anthem. Until last week, almost no one remembered the two songs with the offending racial stereotypes.

The Flyers and the Yankees are private companies and free, if they wish, to treat Smith as a pariah after decades of celebrating her legacy. They shouldn't get away, however, with pretending to be doing something enlightened.

A Yankees spokesman claimed Smith's "G od Bless America" was being dropped because the team "take[s] social, racial, and cultural insensitivities very seriously" and is "erring on the side of sensitivity." But obliterating every reference to the memory of honorable men and women on the grounds that, by today's benchmark, they were imperfect isn't "sensitive." It's ridiculous â€” and chilling.

If Smith had been newly exposed as a lifelong bigot who despised African Americans and championed Jim Crow, the case for declaring her persona non grata would be strong. No one has suggested anything of the kind. On the contrary: In 1951, Smith invited Josephine Baker to appear on her popular TV program, the first time the controversial black entertainer was seen on American television.

There are times when it is appropriate to expunge the name of honorees from the public square. I strongly favor the removal of every memorial to the Confederacy, and of rechristening every school, military base, or highway named for the politicians and generals who went to war to perpetuate slavery and dismantle the United States. The Confederate cause was a hideous one, and nothing about it ever deserved public esteem.

But that's a far cry from retroactively dishonoring someone whose life was largely admirable, if imperfect. Even great people can have lamentable flaws, especially when viewed in retrospect. Rarely is it wise or fair to let the flaw nullify the greatness.

Kate Smith was a beloved singer who brought joy to millions, raised America's spirits in dark times, and materially aided the war against Nazi Germany and its allies. That is her legacy, not a couple of dubious, long-forgotten songs.