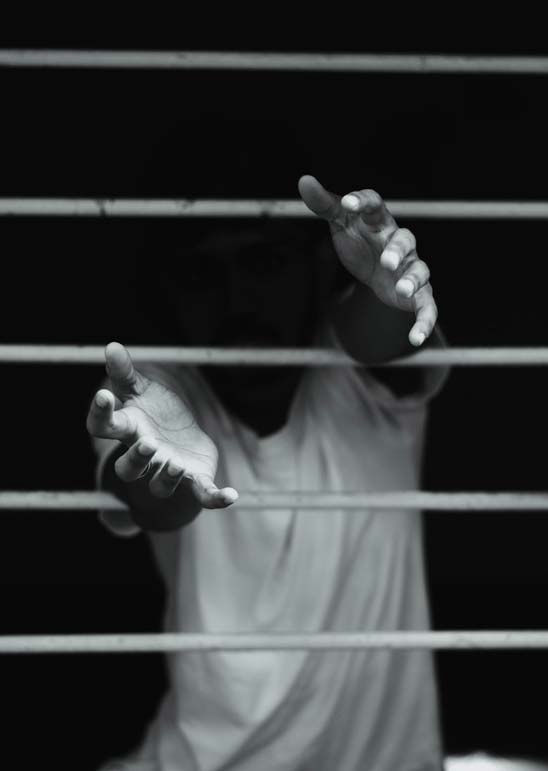 In the world according to Bernie Sanders, billionaires, insurance companies, gun owners, and Wall Street have too much political power.

But criminals don't have enough.

During a campaign stop in Iowa on Saturday, the Vermont senator and 2020 presidential hopeful declared that convicted felons should have the right to vote. In his view, murderers and armed robbers ought to be allowed to participate in elections â€” not just after their prison sentence is completed, but even while they're behind bars.

"I think that is absolutely the direction we should go," Sanders told an audience at the West Middle School gymnasium in Muscatine. "You're paying a price, you committed a crime, you're in jail. . . . But you're still living in American society and you have a right to vote. I believe in that, yes, I do."

It's a daft idea, though to be fair to Sanders, it isn't unheard-of â€” his own state of Vermont, as well as Maine, allow imprisoned felons to vote.


But those are outliers. In the other 48 states and the District of Columbia, people locked up for breaking laws don't get to play a role in making laws. Rapists and embezzlers serving time are excluded from electing legislators and statewide officeholders. Convicted burglars, sex traffickers, and racketeers may not vote on ballot initiatives and referendums.

Vermont and Maine are the safest states in the nation, which perhaps explains their lackadaisical attitude about giving political power to prisoners. Everywhere else in America, it is understood that when you are convicted and sentenced to prison for a serious crime, you lose certain rights: the right to liberty, the right to assemble freely, the right to bear arms, the right to privacy â€” and the right to vote.

Criminals are locked up because they are deemed unfit to live among their fellow citizens and join in normal civic life. The harm they caused to their victims and the damage they inflicted on their community disqualify them from being treated as legal and political equals.

Society punishes convicted felons by denying them control over their own affairs. Permitting them to exercise control over society's affairs by voting would be not only irrational, but unjust. Incarcerated criminals should not have a say in shaping criminal law. Rapists should not be allowed to dilute the vote of rape victims. The crook sent to prison for election fraud has no business taking part in the next election.

Massachusetts used to be like Vermont and Maine; it not only permitted felons to vote while in prison but even to organize voter registration drives and run for office. When a group of inmates at the state prison in Norfolk launched a political action committee in 1997, the public was galvanized into action.

In 2000, by a nearly 2-to-1 ratio, voters adopted an amendment to the state constitution, stripping incarcerated criminals of the right to vote. That brought Massachusetts into line with nearly every other state.

One state senator wants to yank Massachusetts back out of line.

Echoing Sanders' call for enfranchising prisoners, state Senator Adam Hinds of Pittsfield has introduced a proposal to repeal the 2000 amendment and once again authorize prison inmates to participate in state elections. "I feel it's incumbent . . . to dismantle laws and policies that reinforce inequality and unequal rights in this Commonwealth," Hinds told a hearing of the Legislature's Election Law Committee. He draped his proposal in rhetoric about "overincarceration" of "communities of color," but that is largely a red herring.

Whites make up by far the largest share of Massachusetts prisoners, according to the Massachusetts Department of Correction. There may be legitimate concerns about race when it comes to policing and prosecution, but there is no insidious racial motive in denying felons the vote. The only class the 2000 amendment was designed to discriminate against is convicted criminals.

Like the right to travel freely or the right to own a weapon, the right to vote is a meaningful component of citizenship in our democracy. In the American system, those who commit serious crimes are penalized with the loss of many rights that law-abiding citizens take for granted. "You're still living in American society and you have a right to vote," Sanders told his Iowa audience, but he was wrong. Felons locked in prison are not living in American society. It is precisely their punishment to be taken out of society, and deprived of the privileges of self-government.