Passover and the secret of Jewish longevity 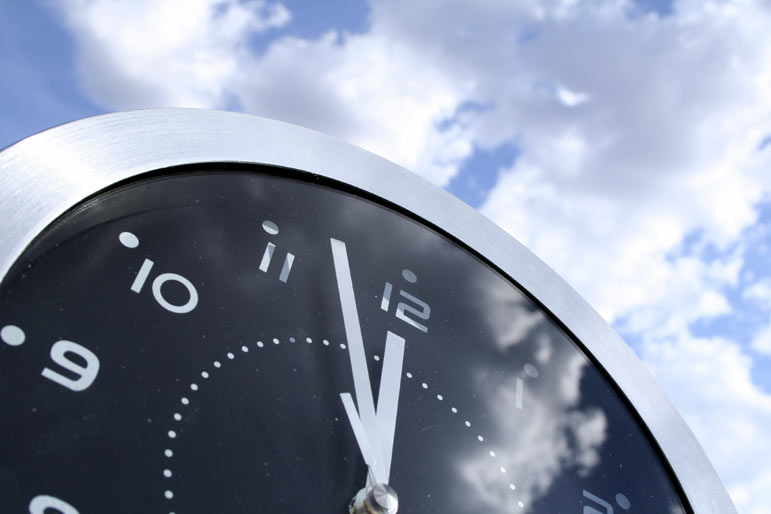 In March 1946, David Ben Gurion appeared before the Anglo-American Committee of Inquiry, a panel convened to study conditions in Palestine, which was then still under British rule. The committee is little-remembered today; its recommendations became moot with the UN partition resolution the following year. But Ben Gurion's heartfelt testimony making the case for Jewish sovereignty in the Jewish homeland remains worth reading.

In one memorable passage, the man who would two years later become Israel's first prime minister addressed the astonishing longevity of the Jews' love affair with Zion.

"More than 300 years ago a ship by the name of the Mayflower left Plymouth for the New World," Ben Gurion told the committee. "It was a great event in American and English history. I wonder how many Englishmen or how many Americans know exactly the date when that ship left Plymouth, how many people were on the ship, and what was the kind of bread that people ate when they left Plymouth."

Few Americans, of course, know any of those minutiae. But countless Jews, Ben Gurion went on, know the details of a far older journey.

"More than 3,300 years ago the Jews left Egypt. It was more than 3,000 years ago, yet every Jew in the world knows exactly the date when we left. It was on the 15th of Nisan. The bread they ate was matzos. [To this day] Jews throughout the world on the 15th of Nisan eat the same matzos — in America, in Russia — and tell the story of the exile from Egypt. [They] tell what happened, all the sufferings that happened to the Jews since they went into exile. They finish [their retelling with] these two sentences: 'This year we are slaves; next year we will be free. This year we are here; next year we will be in Zion, the land of Israel.'"

The 15th of Nisan returns this weekend, and once again Jews the world over sat down to the Passover Seder. Again they ate matzos, the bread of affliction eaten by the Hebrews in Egypt. Again they tasted bitter herbs, a reminder of how Egypt embittered the lives of the Jewish slaves. Again they read the text of the Haggadah (literally, the "telling") — the age-old text that recounts the story of the Exodus and explains the customs of the Seder.

The Hebrews were a clan of herdsmen when they first arrived in Egypt. By the time they left, they had been forged into a body politic. The Exodus marked the emergence in history of the Jews as a nation, so Passover is the national independence day of the Jewish people.

Nations have special ways of commemorating their independence. The French mark Bastille Day with a great military parade. Mexicans recreate "El Grito," the famous "Shout for Independence" of 1810. Indians celebrate their country's birth with kite-flying festivals and a flag-raising over the Red Fort in Delhi. And the United States marks the Fourth of July with "Pomp and Parade . . . Bonfires and Illuminations" — much as John Adams recommended in 1776.

The Jews? They relive their ancestors' liberation from enslavement. No fireworks. No flags. For more than three millennia, Jews have paused each spring to steep in the history of their distant forefathers and to relate the tale to their children. In so doing, they have renewed and preserved Jewish identity — and have managed, unlike every other people of antiquity, to outlast the sands of time.

The Seder is the most widely observed ceremony in Jewish life. Though the Haggadah is long and the rituals archaic, though pre-Seder preparations can be exhausting, an estimated 70 percent of American Jews attend a Seder every year. On Passover, decrees the Talmud, Jews must regard themselves as if they personally were liberated from Egypt. How? Through the elaborate reenactment and recitations of the Seder — above all, through answering children's questions.

That priority comes from the Bible itself — from the epic hour just before the Israelites went free.

The story is told in the book of Exodus: Moses gathers the people and tells them that liberation is imminent. The years of brutality and bondage are over. At that moment of elation and excitement, with the Jews hanging on his every word, what does Moses say?

"He might have spoken about freedom, or the promised destination," writes Jonathan Sacks, Great Britain's former chief rabbi. "He might have chosen to speak about the arduous journey that lay ahead, what Nelson Mandela called 'the long road to freedom.' Any of these would have been the great speech of a great leader."

But Moses doesn't focus on the moment. He speaks instead of the future and of sons and daughters yet to be born. He stresses the importance of memory, and of keeping it alive through education: "And when your children ask you, 'What do you mean by this rite?' you shall say. . . . And you shall explain to your child on that day, 'It is because of what the Lord did for me when I went free from Egypt.' . . . And when, in time to come, your child asks you, 'What does this mean?' you shall say to him. . ."

Passover is replete with messages, but in the long sweep of Jewish history, this is the most essential: Liberation is not enough. Liberty must be sustained, and only education can sustain it. The Jews' passion for memory — for handing on their story to their children and grandchildren — is the secret of Jewish longevity. That passion is renewed at the Seder each year, amid matzos and bitter herbs, with children's questions and parents' answers.