Did the West overreact? What we'll know soon 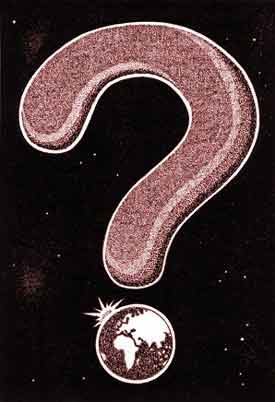 Did Sweden blunder? Or did everyone else?

In response to the COVID-19 pandemic, most of the world's governments have gone to unheard-of lengths to keep people apart and try to slow the spread of the coronavirus.

Schools and businesses have been shuttered, public gatherings banned, construction projects halted, restaurants darkened, air travel grounded, borders locked. Tens of millions of "nonessential" workers have been furloughed or laid off. Leaders worldwide have made the wrenching decision to incur a devastating economic recession in order to prevent a devastating death toll.

But not in Sweden.

In Scandinavia's most populous nation, life has continued more or less normally. Only public gatherings of more than 50 people have been banned. Grade schools and daycare are still open. So are parks, restaurants, and stores. Streets are still full of people. Swedish health officials have advised residents older than 70 to stay home and emphasize the importance of handwashing. But unlike elsewhere, their public messaging has not reflected frantic desperation.

Why has Sweden adopted an approach so different from other nations'? Not because the country has been untouched by COVID-19. Far from it: As of Tuesday, it had recorded 7,693 confirmed cases and 591 deaths. Sweden's coronavirus death rate (fatalities per million residents) is 59 — markedly higher than that in the other Scandinavian countries, all of which are enforcing stiff social-distancing restrictions. Then again, Sweden's infection and death rates are far lower than in Switzerland, a country of comparable population. Switzerland is in lockdown. Yet three times as many infections have been confirmed, and the death rate is 94.

Such widely divergent results help explain why Sweden's health authorities, led by state epidemiologist Anders Tegnell, have charted a different course. Their goal has been to keep sickness rates low enough that hospitals aren't overrun, without taking a sledgehammer to the economy and throwing vast numbers of people out of work — because unemployment, too, correlates with increased mortality.

Like epidemiologists everywhere, Tegnell is operating in uncharted territory and making projections on the basis of mathematical models. But scientists are using different models and coming to conflicting conclusions. In Britain, researchers at Imperial College London calculated last month that without draconian social distancing measures, as many as 250,000 UK residents might die. A few days later, scientists at Oxford, working from a different model, reported that more than two-thirds of the British population might already have been infected without knowing it — implying that widespread resistance to the virus was already accumulating through "herd immunity."

No one knows yet which conclusion will turn out to be right. Most governments have opted for extreme restrictions, and the severe economic pain they entail, in hopes of keeping deaths from spiking uncontrollably. Sweden's health officials, who are granted considerable autonomy under Swedish law, have so far resisted that approach. Tegnell isn't dogmatic about his position — in a BBC interview, he acknowledged "self-doubt" and said he is "more than prepared" to switch gears if developments warrant.

Swedish culture is highly trusting, but Swedes aren't being asked to take their government's policy on faith. "Hospital data is published all the time, so Sweden's â€˜experiment' is being conducted in the open," writes Fraser Nelson in The Telegraph. "Every time a patient is admitted, the data is updated on a COVID-19 live website. . . . If Tegnell's analysis proves wrong, the public will be able to see it unravel on his dashboard."

Critics of the strategy haven't been shy. One Swedish epidemiologist called it "a huge experiment" that could go "crazily" wrong. An immunologist at the prestigious Karolinska Institute warned that the policy "is leading us to disaster." At least some lawmakers are proposing tighter coronavirus restrictions. Other Swedes, meanwhile, strongly defend the non-lockdown policy — including Johan Giesecke, another Karolinska scientist and author of a textbook on infectious disease epidemiology.

So did Sweden blunder? Or did everyone else?

All we can say at this point is that it's too soon to be sure. But by marching to the beat of its own drummer, Sweden is making it possible for scientists to evaluate competing strategies in real time. However the experiment turns out, we'll all have a clearer idea about the best way to fight pandemics in the future. Sweden's anomalous approach may succeed or it may fail. Either way, mankind stands to gain.