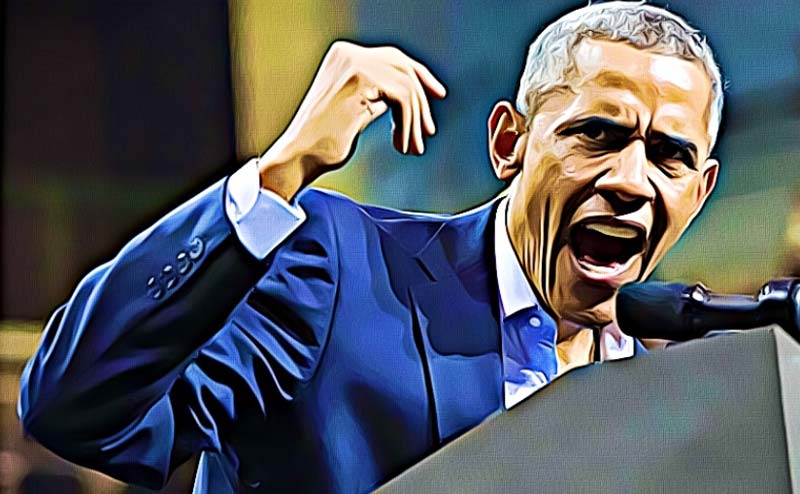 Statues of George Washington and Thomas Jefferson were toppled and defaced in Portland and Chicago during the rioting last summer, targeted by hoodlums who justified their vandalism as acts of historical cleansing and racial justice against men who had been slaveowners. I wrote about the destruction in Arguable at the time:

Washington and Jefferson were among the most singular, visionary, and inspiring leaders in US history. Without them, there would have been no American Revolution, no United States, no "We hold these truths to be self-evident: that all men are created equal." There would have been no model for other nations of the progress that is possible when government is secured by the consent of the governed. Why would anyone who loves what is best about this country overturn and deface their statues?

The vandals' answer is not just that Washington and Jefferson owned slaves. It is that nothing else about them matters more.

I thought then and think now that the fury with which the rioters sought to dishonor the two founding fathers was deranged. Even if Washington and Jefferson's connection to slavery was a grievous moral failing — even if it was their worst moral failing — what thoughtful person could conclude that everything else the two men accomplished in their lives pales to such insignificance by comparison that they deserve no posthumous honor or recognition? Would any one of the vandals, I wondered, want to be judged by a similar standard — remembered only for the most shameful thing they ever did, and never extolled for the good they accomplished?

"Who knows," I wondered, "what political, ideological, or moral sins might be looked back upon, a generation or two down the road, as a permanent disqualification from any kind of honor or historical respect?"

I engaged in a little speculation.

Perhaps progressive activists of the future will retroactively deem anyone who ever opposed same-sex marriage as irredeemably complicit in repression, and deserving only condemnation and obloquy. If so, will they vandalize monuments to Barack Obama and treat his memory with contempt? After all, Obama actively turned against gay marriage when he entered national politics, insisting that "marriage is between a man and a woman" and assuring voters as he campaigned for president that "I am not somebody who promotes same-sex marriage." It is true that he eventually announced he had "evolved" on the issue and reversed his position — but he didn't do so until support for same-sex marriage had reached 50% in opinion polls, and had become a completely safe position, especially for Democratic politicians.

Or maybe succeeding generations will come to regard the death penalty with the same unreserved horror and disgust with which our generation looks back upon slavery. Maybe anyone who ever defended executions, let alone anyone who ever ordered them, will be seen . . . as monsters deserving of infamy. If so, it won't matter that Bill Clinton, Al Gore, and Joe Biden came around in the end to opposing the death penalty. It will matter only that they supported it when it would have taken political courage to come out against it, as Michael Dukakis memorably did when he ran for president in 1988. As recently as 2000, the Democratic Party platform celebrated the commitment of the party's leading lights to "tougher punishments — including the death penalty." Running for president 16 years later, Hillary Clinton continued to endorse capital punishment.

I acknowledged that in 2020 it might seem unthinkable that even someone looking back from the future could deem opposition to gay marriage or support for the death penalty a moral blot so toxic as to outweigh any other achievements by a public figure of our time. Then again, it was only the day before yesterday that everyone took it for granted that Washington and Jefferson were great American heroes, despite having been slaveholders. So who knows?

That was last June. Turns out I was too optimistic.

Unlike Washington and Jefferson, who were celebrated for a couple of centuries before cancel culture caught up to them, today's liberal heroes may find themselves demoted to the status of historical villain within their own lifetimes. Here's some the week's news from the Chicago area:

Immigration activists in Waukegan, Illinois, balked at a proposal that would rename a local middle school after former President Barack Obama.

"I will not be part of renaming a school after someone who did not and does not represent the undocumented community," Waukegan school board member Edgar Castellanos said at a board meeting, according to ABC 7 Chicago. The school board is currently debating a proposal to rename Thomas Jefferson Middle School due to the third president's ownership of slaves.

Throughout his presidency, Obama drew criticism on the immigration issue from Republicans and Democrats. Obama implemented the Deferred Action for Childhood Arrivals (DACA) program by executive order, held unaccompanied minor children in facilities and deported a record 409,849 illegal immigrants in 2012.

"If you're removing the name of Thomas Jefferson — one oppressor — the name of Obama is another oppressor and our families do not want to see that name," activist Julie Contreras of the group United Giving Hope told ABC 7 Chicago.

Let me be candid: As a conservative, I was never part of Barack Obama's fan base. I didn't vote for him in 2008 or 2012, and when all was said and done, I regarded his presidency as a pretty comprehensive disappointment. (Also, I'm a firm opponent of naming government buildings after living politicians.)

But for crying out loud! The man was twice elected president by a majority of the American people. He was the first black chief executive in the nation's history. He was a popular liberal Democrat who shepherded some of the left's top priorities into law. His ascent to the world stage as leader of the free world was an event of profound symbolic and historic resonance. I could understand rock-ribbed Republicans in a deep red state balking at naming something after Obama. But among even progressive purists his name is now tainted and scorned? "Barack Obama" isn't good enough even for a middle school in suburban Chicago??

The 44th president will be just fine with or without Waukegan's approbation. But will American society be fine if more and more of it comes under the sway of these woke revolutionaries for whom every individual life is a one-dimensional morality play? If George Washington, Thomas Jefferson, and now Barack Obama can be deemed villains, then who can't? And if they are villains, then what distinguishes them from Jefferson Davis? From Nathan Bedford Forrest? From George Lincoln Rockwell? From Joseph McCarthy?


In the progressives' frenzy to apply ever-stricter standards of historical purity and social justice, perhaps it was inevitable that they would come around to eating their own. Eventually, I hope, their fanaticism will burn itself out. But how much damage will be left in its wake?

There are some men and women who are so truly monstrous, or who devote their energies to so hideous a cause , that everything else in their lives really does dwindle to insignificance by comparison. Most people are not in that category. We are a mixture of noble and base — at times little better than animals, at other times only a little lower than angels. It is generally a grave injustice to judge human beings solely by their gravest lapses, especially if much of what they did was honorable and worthy.

"Use every man after his desert," Hamlet says to Polonius, "and who should 'scape whipping?" For the self-righteous, it can be oh so tempting to pitilessly judge others and find them wanting by the standards of today. But are they prepared for the wheel to turn a little, and for they themselves to be judged — and condemned — by the standards of tomorrow?