Column-writing in the Internet age is much better. And much worse 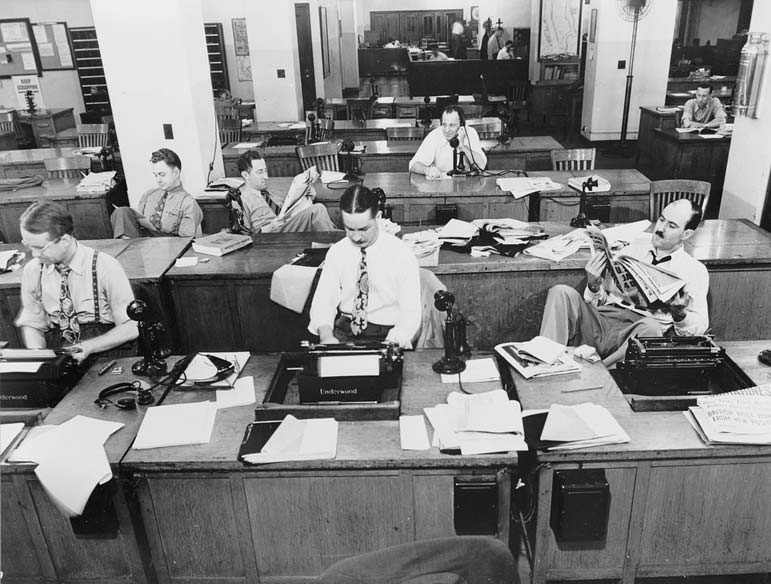 "It must be a lot easier to write columns now than it used to be," said a friend recently, "because now you have the Internet."

It was an offhand remark, to which I made an offhand reply: "Easier in some ways, harder in others." The conversation didn't last long, but I've been thinking about my friend's assumption.

I have made a living writing opinion commentary for mainstream newspapers since the 1980s. There was no Internet when I got into this line of work and, science fiction aside, no awareness of the digital tsunami that soon would revolutionize everything about modern life. The rise of the Internet has been one of the most transformative developments in my experience as a columnist. But has it made the job easier? Better? More meaningful?

Books, essays, and scientific papers without end have been written about the impact of the Internet, and I'm sure the flood has not come close to cresting. Scholars and social critics will be busy trying to make sense of this new zeitgeist for many years to come. I leave it to others to sketch the view of the digital landscape from 30,000 feet. Here's what it looks like at ground level to one guy who has been in the opinion business since the era when the opinions were crafted on typewriters.

A lot of it looks great. To someone whose columns are often research-heavy, search engines have been a miracle. Information that can now be found with a few clicks used to take hours or days to find. Here's a simple example: In the mid-1990s, when protectionists in both parties were whipping up sentiment against Japan, I had the idea of writing about the lack of populist anger toward Italy and Germany — two other trading partners (and former enemies) with whom the United States was running a large trade deficit.


To get the data I needed, I had to call the US Commerce Department — I used to keep on my desk a federal government phone directory that was updated every six months — and patiently seek out an employee willing to look up the foreign-trade tables for me, copy the ones I needed, and mail or fax them to me.

Tracking down a key statistic or a historical reference in this way could feel like a real accomplishment. But it seems like a medieval ordeal in light of the oceans of knowledge now accessible online. In writing columns, I used to be confined within the bounds of hard-copy research. Today I can draw on whole universes of material made available by Googling. Without leaving my desk, I can read the amicus briefs in a Supreme Court case, listen to songs that were popular in my grandmother's youth, get a look at any constellation in the sky, or watch a presidential campaign ad from 1968.

Better still, I can share any of my research with my readers — not just by citing or describing it, but by embedding hyperlinks in my column that enable them to see for themselves. Links enable me to prove a point, to deepen an argument, to make allusions that go beyond the four corners of a column. I can use links to attribute information even when attribution isn't required, or to point curious readers toward more information. I can even use them to say what would otherwise be unsayable. In a 2012 column about vulgarity, I referred to a cable program that used the F-word 38 times in a four minutes. I wasn't about to quote the scene — but I could supply a link to a video clip.

Of course, links in a column don't appear to people reading the paper in print. There are still hundreds of thousands of hard-copy readers, G od bless them, but with the rise of the Internet has come an all-consuming focus on online reading. And while the extraordinary vistas opened up by the Web have made the job of a columnist so much more efficient and rewarding, the new norms of online culture are sour, angry, and tense.

Your mileage may vary, but I find that the "digital-first" environment in which opinion columns are written today has so shortened fuses that the marketplace of ideas seems always at the point of exploding. The nastiness of social media, the bile of online comment sections, the viciousness of trolls — all are only too familiar. It is impossible to write these days without being aware of the online mob ready to pounce. I have the feeling less and less of being engaged in public discourse, more and more of being dragged into public combat. I have always heard from readers who disagreed sharply with my views and were ready to tell me so. But the responses tended to be more, well, responsive when they first had to be committed to paper and sent through the mail.

Once upon a time, it was bizarre to get an angry blast from someone who had clearly read only the headline. Today, it has become commonplace. Too many readers have no interest in absorbing a column's argument or weighing its merits. They read instead to validate beliefs they already hold. They desire not to better understand ideas they oppose, but to see those ideas denounced, refuted, and mocked.

Opinion columns aren't tweets, but we live now in a culture that conducts far more of its political conversation on social media than on op-ed pages. The norms of that culture have adjusted accordingly. The results haven't been pretty. Just ask a columnist.