The death penalty, humane and painless 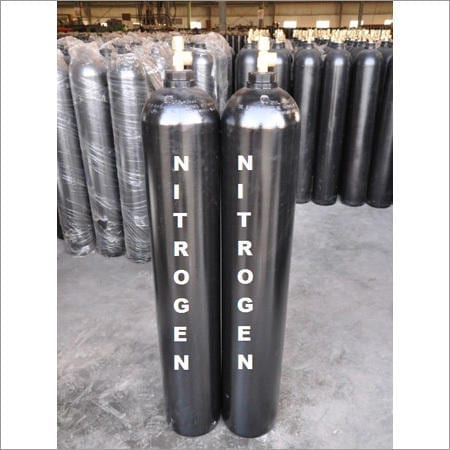 It was Oklahoma's state medical examiner who in 1977 proposed lethal injections as a less painful, less violent method of executing murderers than hanging or the electric chair. A few years later, lethal injection was used for the first time to put a condemned killer to death. Soon Oklahoma's innovation was the primary method of execution in nearly every state with the death penalty on its books.

Last week the state's attorney general and the head of its corrections department announced that Oklahoma is giving up on lethal injection, and plans to move forward with a new form of execution: nitrogen gas inhalation. Over the next several months the state will finalize protocols for imposing the death penalty with nitrogen. That method has never been used for putting death row convicts to death, though it's occasionally used for euthanizing animals and is recommended by some assisted-suicide groups because, as one of them says, it is "peaceful, quick, and requires no drugs."

Nitrogen, an odorless, colorless gas, isn't toxic. Indeed, four-fifths of the air we breathe is nitrogen; only 21 percent is the oxygen essential for human life. Inhaling pure nitrogen is deadly because it displaces oxygen in the lungs, and the lack of oxygen, or hypoxia, leads to unconsciousness within a few breaths and brain death soon after.

"Nitrogen inhalation doesn't cause the same panicked feeling that suffocation does, because the person continues to exhale carbon dioxide," explains science writer Stephanie Pappas at LiveScience. "Rising carbon dioxide in the blood is what triggers the respiratory system to breathe. These levels are also responsible for the burning and pain that happens when you hold your breath for too long. Because the carbon dioxide levels in the blood never rise with nitrogen inhalation, these symptoms don't occur."

Hypoxia is a familiar risk in many settings, including diving and aviation. It is to prevent hypoxia that oxygen masks are deployed on planes when the cabin loses air pressure (which causes the proportion of nitrogen in the air to spike). People have died accidentally from nitrogen inhalation, losing consciousness without ever realizing that anything was wrong.

Executing a condemned murderer with nitrogen would involve no needles, bullets, or electrical jolts. The inmate would either breathe through a mask (like the kind worn by firefighters), or would enter a sealed chamber. He would notice no change when his air supply was replaced with nitrogen, but would simply pass out painlessly, and death would rapidly follow.

To be sure, there are questions. Nitrogen hypoxia is peaceful when it happens accidentally; would that be true of an inmate knowing death was imminent and resisting or holding his breath? What if the breathing mask was placed incorrectly? Or if a supposedly airtight chamber had a leak?

Oklahoma authorities expect these and other objections to be raised in legal challenges. For that reason, no executions will be scheduled for at least five months after the new protocols are finalized. But if execution-by-nitrogen works as its proponents expect, other states will undoubtedly follow Oklahoma's lead.

Which is something even opponents of capital punishment should welcome. Abolitionists may believe that no murderer should ever be executed. (In fact, very few are.) But as long as the death penalty remains part of the nation's justice system, it should be carried out as humanely as possible.