The Iran nuclear deal may be imploding. Good. 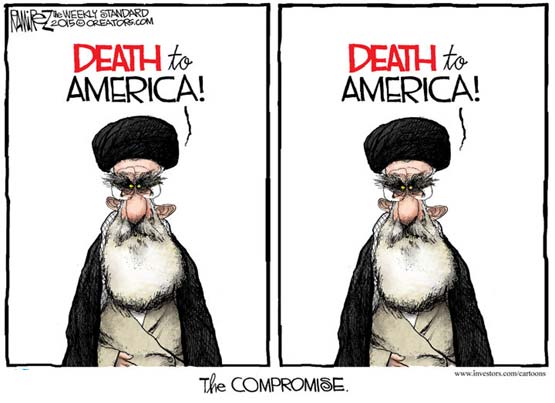 Former president Barack Obama never submitted his 2015 Iran nuclear deal to the Senate for ratification as a treaty. Had he done so, it would have been rejected.

A majority of senators — including New York's Chuck Schumer, now the majority leader — opposed the agreement, known as the Joint Comprehensive Plan of Action, or JCPOA. The public frowned on it too. A Pew poll that fall found that only 1 in 5 of those surveyed backed the JCPOA or trusted Iran to abide by its terms.

Almost from the outset, Iran had violated several of the restrictions imposed by the deal and/or related UN Security Council resolutions. It hid information from international inspectors. It test-fired a nuclear-capable ballistic missile and declared it would accept no limitations on its missile development. Obama had pitched the deal as one that would encourage Iran to "get right with the world," but that never came close to happening.

The Islamic Republic intervened in Syria's civil war in support of the murderous Bashar Assad, armed Houthi rebels in Yemen, seized two US Navy vessels and humiliated their sailors, called repeatedly for the extermination of Israel, and continued to subsidize terrorist groups.

Despite that record, Joe Biden ran for president on a pledge to revive Obama's nuclear agreement, from which the United States withdrew when Donald Trump was in the White House. For months, the Biden administration has been negotiating in Vienna to strike a deal with Iran — and reports in recent weeks suggested that a return to the JCPOA was imminent.

The Wall Street Journal revealed last week that Russia, which has been a key player in the Vienna talks, was conditioning its support for a new nuclear deal on the creation of a loophole in the economic sanctions imposed by the West over its illegal invasion of Ukraine. Russia is demanding a written guarantee that its trade with Iran will be exempted from sanctions if the JCPOA is resurrected.

But that would undermine the international financial squeeze being applied to Russia and thus enhance its ability to devastate Ukraine. That is a concession the Biden administration refuses to make, even to clinch an Iran deal.

Meanwhile, Iran has issued a fresh reminder that it remains committed to spreading terrorism and violence across the Middle East.

A few days ago, Iran fired a barrage of missiles over its border into northern Iraq, striking near the US consulate site in Erbil. This was a deliberate act of belligerence — a violation of Iraqi sovereignty and an act of aggression against the United States. Writing in the Jerusalem Post, Seth J. Frantzman observed that the consulate is not in the center of the city, which meant that the consulate had to be specifically targeted. "This is an Iranian attack on the US in Iraq," Frantzman wrote.

Tehran readily took credit for that attack. Its Islamic Revolutionary Guard Corps, a paramilitary organization designated as a terrorist organization by the State Department, said it was meant as a message to Israel.

All this comes as participants in the Vienna negotiations have been warning that the new deal in the works would amount to a capitulation by the United States.

According to former State Department official Gabriel Noronha, the Biden administration agreed "to lift sanctions on some of the regime's worst terrorists and torturers," including the Revolutionary Guard general in command during the 1983 Marine barracks bombing in Beirut. Unable to condone such concessions, he wrote on Twitter, three members of the US team chose to leave.

The response on Capitol Hill to these developments has been a rising tide of opposition to a new Iran deal. On March 10, a bipartisan group of representatives wrote to the White House with a long list of concerns and questions about the proposed new agreement. Their bottom line was polite but blunt: "It is hard to envision supporting an agreement along the lines being publicly discussed."

If Russia's attempted extortion wasn't enough to put the Iran deal on the ropes, Iran's weekend missile attack should certainly have done so. If those don't do it, the rising tide of congressional opposition ought to. The first Iran deal was a disaster and the second was shaping up to be another.

The JCPOA has been dead since 2018. It is in the world's best interest that it stay that way.