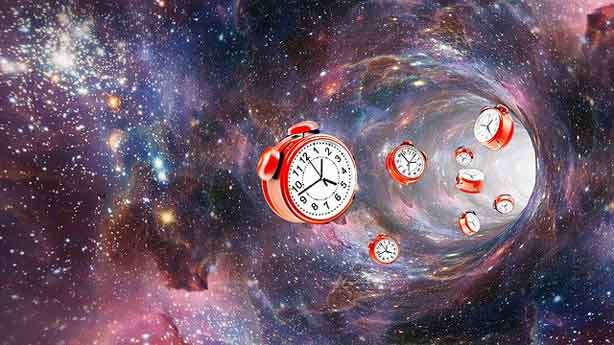 If you're a fan of daylight saving time, you're likely feeling good right about now. Thanks to a pair of federal laws — the Uniform Time Act of 1966 and the Energy Policy Act of 2005 — this is the weekend when America "springs forward" from standard time.

From now until Nov. 7, you'll have that extra hour of sunlight you like during the evening hours. I hope you enjoy it. I also hope this is the last year we have to go through this wretched business of shifting our clocks ahead, and that by this time next year we'll be back on standard time for good.

I am not a fan of daylight saving time, and if the polls are accurate, neither is the lion's share of Americans.

According to a 2019 survey by the Associated Press and the National Opinion Research Center, 71 percent of the public wants to put an end to the twice-yearly practice of changing clocks.

Four in 10 Americans, a plurality, would rather keep standard time year-round, while only three in 10 would opt for making daylight time permanent. In another 2019 poll, by the survey firm YouGov, a 54 percent majority of respondents said they supported the elimination of daylight saving time.

Of course, laws are not made or changed on the basis of public opinion alone. But the case for abolishing daylight saving time goes well beyond the fact that millions of Americans don't want it.

Most of the rest of the world doesn't want it either. In Asia, Africa, and South America, it's virtually nonexistent. Most of Australia and many of the nations of the South Pacific eschew it, as do Russia and most of the former Soviet republics. The European Parliament voted by a large margin to end daylight saving time across the European Union, though whether to implement that change is left up to each EU member state.

There are good reasons why support for daylight saving time is decreasing.

For one thing, its primary justification no longer stands up to scrutiny. The point of "saving" daylight was to save fuel: Congress believed that by shifting the clock so daylight extended later into the evening, the law would reduce demand for electricity and thereby conserve oil. But researchers attempting to measure the effects of clock-changing on energy savings have found them pretty elusive.

In another empirical study, scientists at the University of California, Berkeley, examined the use of energy before and after daylight saving time was adopted in parts of Australia during the 2000 Olympics. "Our results show that the extension failed to conserve electricity," they reported. Instead, "energy consumption increased." Those results were particularly meaningful since the study focused on the Australian state of Victoria, which did not host any Olympic events.

But daylight saving time doesn't just fail to deliver the single most important benefit expected of it. It also generates a slew of harms. In the days following the onset of daylight time each March, there is a measurable increase in suicides, atrial fibrillation, strokes, and heart attacks. Workplace injuries climb. So do fatal car crashes and emergency room visits. There is even evidence that judges hand down harsher sentences.

All of which helps explain the growing chorus of scientists calling for an end to daylight saving time.

The American Academy of Sleep Medicine recommends that "seasonal time changes should be abolished in favor of a fixed, national, year-round standard time."

The public-health problems stem not just from the loss of an hour of sleep once a year but from the ongoing disruption to the human circadian clock. The body's internal rhythm "is supposed to gradually adjust over the course of a season, with sleep and wake times slowly changing in response to the changing length and intensity of sunlight," wrote Dr. Shelby Harris, a specialist in sleep disorders, in a 2014 essay. When we "spring forward," we shift our internal clocks faster than nature intended. "One hour may not seem extreme, but we can't reset our circadian rhythms as easily as we change the time on the microwave. . . . [I]t's clear that the human body does not readily or easily adapt to jarring changes in the alarm clock."


In a position paper last fall, the American Academy of Sleep Medicine recommended that "seasonal time changes should be abolished in favor of a fixed, national, year-round standard time." Daylight saving time, the academy concluded, leads to "misalignment between the biological clock and environmental clock, resulting in significant health and public safety-related consequences, especially in the days immediately following the annual change to [daylight time].

A change to permanent standard time is best aligned with human circadian biology." It repeated its call in a statement last week: "Sleep science," it said, "suggests that permanent standard time is the best option." Similar views have been expressed by other scientific bodies, including the Society for Research on Biological Rhythms and the European Sleep Research Society.

We should no longer be thinking about "springing forward" and "falling back" in terms of personal preference or convenience but should be focusing instead on the proven degradation to human well-being. Scientists now understand vastly more about the workings and importance of circadian rhythm than they did when clock-shifting was instituted decades ago.

There is a growing medical consensus that what we've been doing with our clocks each spring is unhealthy. It's time to stop doing it.