Race-based admissions are wrong, and it's time the Supreme Court said so 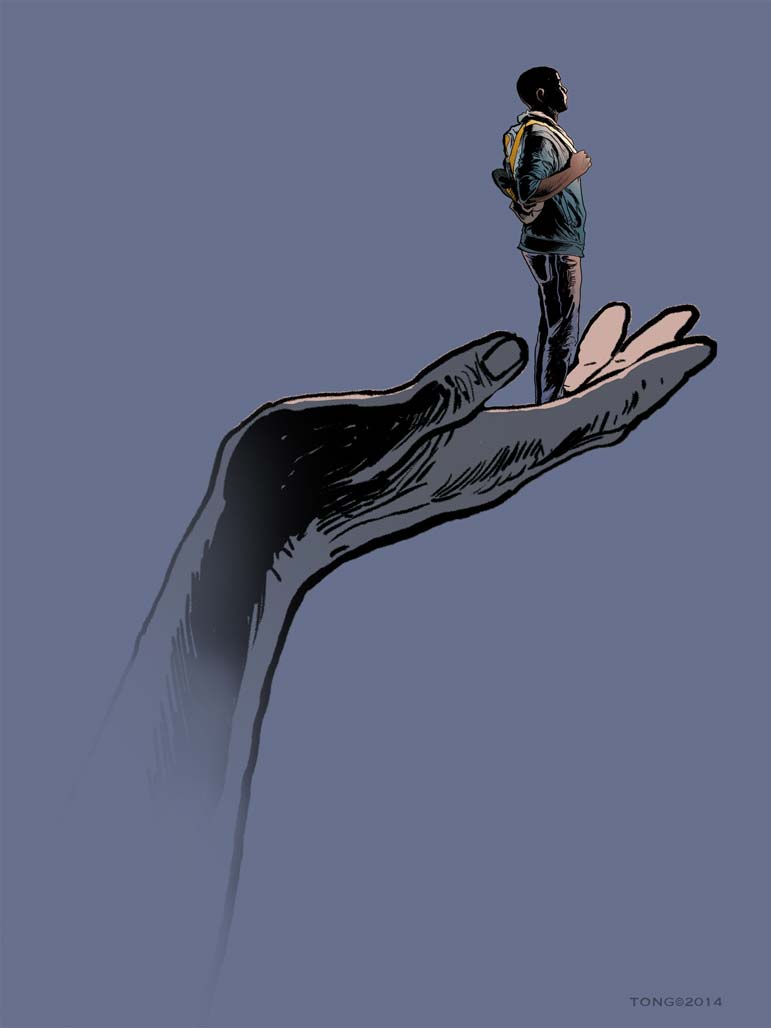 After protracted litigation in US District Court and the First Circuit Court of Appeals, the case has now arrived where everyone always expected it to end up: at the doorstep of the Supreme Court.

In a forceful petition, the plaintiffs are asking the justices to review the lower-court rulings, which accepted Harvard's claim that its race-conscious admissions process passes muster under Supreme Court precedents — especially the 2003 case of Grutter v. Bollinger, which allowed the University of Michigan to take race into account in the interests of achieving "diversity."

But SFFA goes farther. It wants the court to overrule Grutter and ban the use of race in college admissions altogether.

The idea of race-blind admissions may be anathema to progressive activists, but it appeals to the great majority of Americans. The Pew Research Center found in 2019 that 73 percent of US adults believe that universities should not consider race or ethnicity when considering student applications. That belief holds across racial and ethnic categories: Majorities of white, Black, Asian, and Hispanic Americans all oppose the use of race as a factor in admissions.

In a number of states, voters have made it illegal for officials to discriminate for or against anyone on the basis of race in higher education. One of those states is Michigan, which in 2006 banned the racial preferences that Grutter had allowed.

Under Title VI of the Civil Rights Act, it's against the law for any institution that receives federal funding to discriminate on the basis of race or national origin. If Harvard were willing to forgo the roughly $550 million it annually collects in federal subsidies, its race-based admissions program would be immune to legal challenge. What Harvard cannot do is take public funds and discriminate anyway. Yet for years, the plaintiffs argue, that is exactly what it has been doing.

In Grutter and subsequent cases, the Supreme Court has stressed that while universities may pursue diversity, blunt racial quotas or "outright racial balancing" are forbidden. In a memorable phrase, the late Justice Ruth Bader Ginsburg suggested that race could be taken into account as long as it was merely a "factor of a factor of a factor" in weighing a student's application. But the evidence uncovered by SFFA — much of it from internal Harvard documents — makes it clear that racial balancing is integral to Harvard's admissions process.

According to the petition for review, the university sedulously monitors the racial composition of each class as it takes shape, and the dean of admissions "regularly informs the entire office of the racial makeup of the class and how it compares to the year before."

So meticulous is the emphasis on racial balancing that in the decade before SFFA commenced its lawsuit, Harvard's racial percentages hardly budged: Year in, year out, Asian Americans were held to no more than 20 percent of each freshman class. Yet by every objective admissions yardstick — grades, test scores, extracurricular activities — Asian Americans outshine applicants from every other racial category.

Harvard explains the abnormally low percentage of admitted Asian American applicants by claiming that they consistently fall short on subjective assessments of their personality. Admissions officers routinely give Asian American students poor ratings on such traits as "likability," "kindness," "courage," and "self-confidence." Harvard calls this a "holistic" system that bases admissions decisions on a "whole-person review." Students for Fair Admissions calls it anti-Asian stereotyping.

The "holistic" process whereby Harvard turns away academically accomplished Asian Americans today is a direct descendant of the process adopted to radically curtail the number of Jewish students in the 1920s and 1930s. Explaining his proposal to deal with the "race problem" of too many qualified Jewish applicants, Harvard president A. Lawrence Lowell wrote in 1922: "We can reduce the number of Jews by talking about other qualifications than those of admissions examinations." The stratagem succeeded at putting a ceiling on Jewish admissions. Now it succeeds at holding down Asian American admissions.


Again and again, the Supreme Court has warned that race must not be the deciding criterion in college admissions. Unfortunately, the history of affirmative action shows that once race is allowed to be taken into account at all, it inevitably grows in importance. At Harvard, the university's own data confirm, race has come to outweigh every other diversity factor and all but the most exclusive academic and extracurricular factors.

Which is why Grutter should be overruled. "No one has a legitimate interest in treating people differently based on their skin color," the plaintiffs write in their petition to the high court. Besides, it isn't necessary to focus obsessively on applicants' race to achieve meaningful diversity.

In California, the state constitution bans racial preferences in public higher education. Yet the University of California in 2019 welcomed "the largest and most diverse class of Californians ever," according to the Los Angeles Times. It followed up a year later by doing it again.

Discrimination on the basis of race, in Thurgood Marshall's words, has "no moral or legal validity in our society." There is no "diversity" exception in the Civil Rights Act, let alone in the Constitution. The Supreme Court ought to take this case, and say so once and for all.