Giving incumbents the boot gives your country a boost 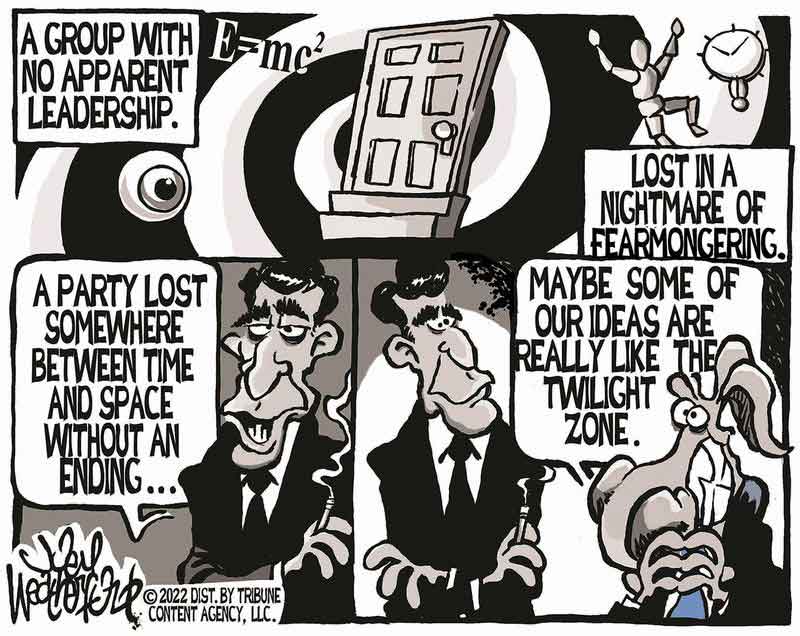 One of my standing principles, not absolutely inviolate but pretty close, is that I don't vote for incumbents.

Why? To begin with, I have spent most of my adult life in Massachusetts, and disdain the worship of incumbency that runs so deep here. To be sure, incumbents in this state are politicians whose views I usually don't share anyway, but my vote-the-bums-out policy is bipartisan. In my view, the most significant political division in America is not between Republicans and Democrats, but between the political class and everyone else, and I don't want to keep empowering the political class.

I have other reasons. I believe it's accurate not only that power corrupts, but that it does so fairly quickly. I resent the way election laws have been written to give incumbents powerful advantages , and voting against them is one way to push back against insider power. And I agree with those of the Founding Fathers who feared that unless incumbents were regularly turned out of office by their constituents — their term for it was "rotation" — American democracy would descend into ill-governed oligarchy. In the words of George Mason, who drafted both the Virginia Declaration of Rights and the Constitution of Virginia, "Nothing is so essential to the preservation of a republican government as a periodic rotation."

These are the explanations I have given over the years when people have asked me to explain my anti-incumbent rule of thumb. I think they add up to a strong argument but now, thanks to scholars Vincent Rollet of MIT, Vincent Pons of Harvard, and Benjamin Marx of Sciences Po (the French Institute of Political Studies), the argument has gotten even stronger.

In a National Bureau of Economic Research paper published this month, the three economists document a striking trend: Around the world over the past 75 years, national elections in which the party in power was turned out of office generally made things better. What the authors call "turnover" elections correlated with gains in the countries' well-being. Again and again, they found, electoral turnovers led to improvement in economic performance. The most notable effects were "a large decrease in both inflation and unemployment," but there were also measurable advances in GDP growth, international trade, human development, and peace.

"While other studies have focused on the benefits of democracy, which gives citizens the opportunity to remove incumbents from office," write Rollet, Pons, and Marx, "we focus on a different question: what happens when citizens seize this opportunity." They analyzed nearly 2,500 national elections (both legislative and executive) since the end of World War II. This was their conclusion:

Overall, we find that voting for change matters: electoral turnovers deliver improvements in country-level performance along many dimensions. This finding is both novel and surprising, since there are many reasons to expect that turnovers could be detrimental to economic performance. We also observe large effects on indices of corruption and on policy change. We hypothesize that the main force driving the positive effects of turnovers is the role they play in terms of renewing a country's political leadership, and in allowing new leaders facing stronger reputation concerns to rise to power. Over the long term, this finding provides reasons to be cautiously optimistic about the prospects of electoral democracy. In our analysis, turnovers are most beneficial when leaders face few constraints on their executive power. This suggests, in turn, that regimes sliding into autocracy, in which such constraints are typically weak, have most to gain from allowing mechanisms of electoral transition.

In other words, giving incumbents the boot as often as possible is more likely to generate fresh and constructive approaches to public policy and to reduce the influence of corruption on the workings of government. And, perhaps unexpectedly, the benefits are most pronounced in countries whose political leaders are strongest.
Sign up for the daily JWR update. It's free. Just click here.

A popular argument against term limits is that regularly replacing incumbents empowers the permanent political class of legislative aides and bureaucrats at the expense of the people's elected representatives. That was James Madison's case against limiting congressional terms. He maintained that it would be dangerous to have too many inexperienced legislators, since they would be so easily misled by insiders who would manipulate them. "The greater the proportion of new members of Congress, and the less the information of the bulk of the members," he wrote in Federalist No. 53, "the more apt they [will] be to fall into the snares that may be laid before them."

Thomas Jefferson disagreed. "I apprehend that the total abandonment of the principle of rotation in the offices of president and senator," he wrote to Edward Rutledge in 1788, "will end in abuse." Similar concern was voiced by Melancton Smith, who represented New York in the Continental Congress and was a leading Antifederalist during the debate over ratifying the Constitution. If members of Congress were allowed to run for reelection as often as they wished, Smith warned in one essay, the results would not be healthy:

[I]n a government consisting of but a few members, elected for long periods, and far removed from the observation of the people . . . they become in some measure a fixed body, and often inattentive to the public good, callous, selfish, and the fountain of corruption. To prevent these evils . . . we ought to establish among others the principle of rotation. Even good men in office, in time, imperceptibly lose sight of the people, and gradually fall into measures prejudicial to them.

From today's perspective, it seems clear that Jefferson and Smith had the better argument. And the data assembled by Rollet, Pons, and Marx show that the effect is not limited to Washington, D.C. Throwing the bums out tends to be a good thing, and it doesn't much matter if the bums are Republicans or Democrats. When voters yank power from one party and transfer it to another one, they usually make things better. I'll stick to my policy of opposing incumbents, and continue to dream of the day when the state I live in isn't a wholly-owned subsidiary of one political party.