It's not just the Holocaust that Whoopi Goldberg got wrong 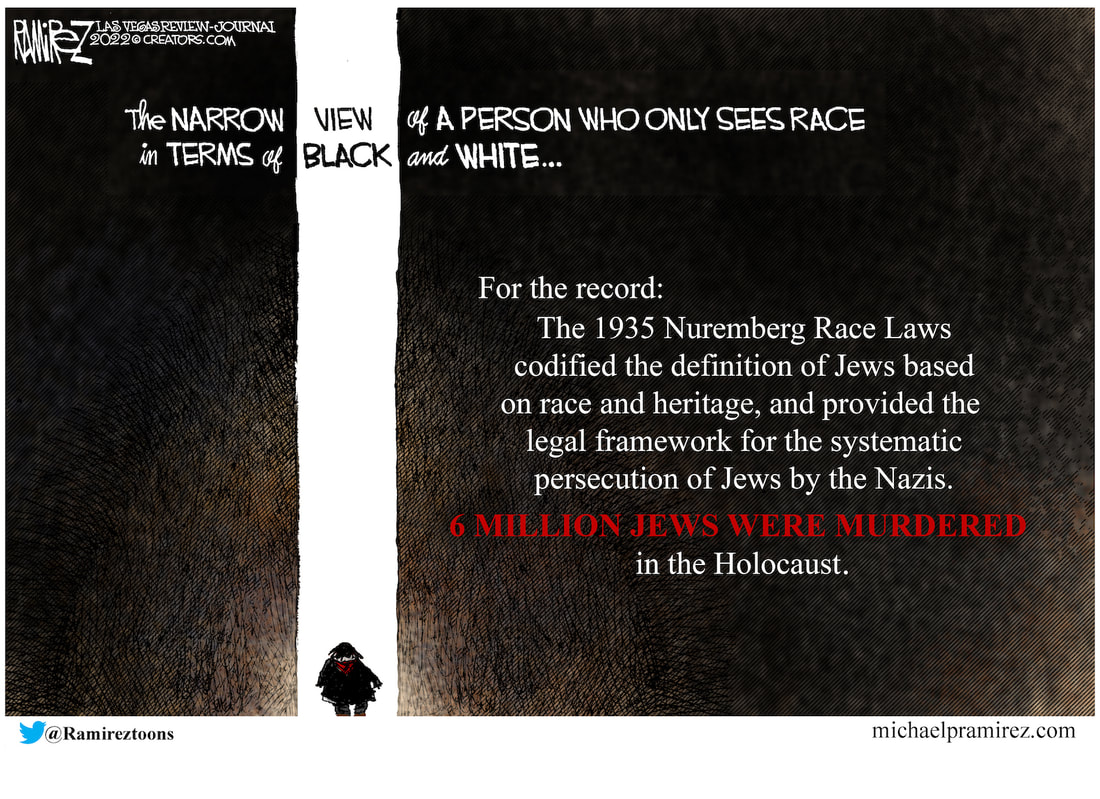 Under "R" in "The Holocaust Encyclopedia," a reference work published by Yale University Press, is an eight-page entry on "Racism." It begins: "The distinguishing characteristic of Nazi Germany was its obsession with race."

Had Whoopi Goldberg glanced at the encyclopedia before last Monday's discussion on "The View" about the Holocaust and a Tennessee school board's decision to reject the renowned graphic novel "Maus," perhaps she wouldn't have insisted so vociferously that the Holocaust wasn't about race. Of course, no one expects panelists on "The View" to bone up by reading encyclopedias.

But Goldberg didn't even open "Maus" before going on TV to talk about it. If she had, she might have read the book's very first words — a single sentence on a page by itself, a quote from Hitler: "The Jews are undoubtedly a race, but they are not human."

Every year or so, a new study reveals that a large percentage of Americans know little or nothing about the Holocaust. Goldberg's cluelessness is not atypical. It blew up into such a big story only because she is a TV celebrity with an audience in the millions. For her grotesque and ahistorical comments — she repeatedly claimed that the German annihilation of 6 million Jews had nothing to do with race and amounted to "white people doing it to white people, so y'all go fight amongst yourselves" — Goldberg was given a two-week suspension. ABC News president Kim Godwin said she was being pulled from the show because of her "wrong and hurtful comments."

But what she said wasn't hurtful, it was ignorant. And the remedy for ignorance is education, not a dose of cancel culture, even one as tepid as two weeks off the air.

Goldberg's most obvious howler was her insistence that the Nazis weren't driven by racism. Of course they were. As Yair Rosenberg succinctly observed in The Atlantic, "Nazism was a blood-based doctrine of racial supremacy, and its consequence was the genocide of the Jews." From the earliest days of the Nazi Party, long before Hitler achieved power, he and his followers expressed their antisemitism in racial terms. The existence of Jews, Hitler wrote in 1919, leads to a "race-tuberculosis of the peoples." The 1935 Nuremberg Laws stripped Jews of German citizenship and criminalized marriage or sexual relations between Jews and Germans as Rassenschande — race defilement. To the Nazis, Aryans constituted the master race while Jews were subhuman racial degenerates, fit only for extermination.

Even more pernicious than Goldberg's adamant belief that the Holocaust had nothing to do with race was her assertion that the Final Solution — the planned industrial-scale murder of the world's Jews — amounted to a white-on-white crime and therefore couldn't be racism. In a subsequent interview with Stephen Colbert, she insisted on the point. "As a Black person, I think of [race as] something that I can see."

It is bizarre that a Black woman who calls herself "Goldberg" (a stage name) should think that Jews must be white. Jews have white skin and black skin, Latino features and Asian features. In the United States, one study estimated, there are just over 1 million Jews of color, or about one-seventh of American Jewry.

In Israel, home to nearly half the world's Jews, a majority of the Jewish population is of Middle Eastern and North African descent, physically indistinguishable from the region's countless Arabs, Persians, Kurds, and Copts. A significant minority of Israeli Jews are immigrants from ancient communities in Ethiopia.

Goldberg and others may reflexively regard Jews as belonging to the white race. Any white supremacist will tell them otherwise.

Yet so dogged was Goldberg's identification of race with physical appearance that, she told Colbert, if she and a Jewish friend were to encounter neo-Nazi Klansmen on the street, the friend wouldn't be endangered. "I'm gonna run" from the KKK, Goldberg said. "But if my friend decides not to run, they'll get passed by most times, because you can't tell who's Jewish."

Can Goldberg really be unaware of all the Jews in America who have been threatened, attacked, and killed by neo-Nazis, white racists, and Ku Klux Klan members? Does she seriously believe that such bigots and haters "can't tell who's Jewish"? Even after so many violent attacks by neo-Nazis and their like at synagogues and Jewish community centers, or the virulent targeting of Jews with large followings online?

There's an even deeper problem with Goldberg's blinkered outlook on the Holocaust and antisemitism.

By simultaneously insisting that both Jewish identity and the hatred of Jews are aspects of "whiteness," that outlook de-Judaizes antisemitism, a fatal poison and social derangement that predates 21st-century notions of race by millennia. It promotes "an understanding of antisemitism that focuses not on the Jewish victims, but rather the perpetrators," as Daniella Greenbaum, a former producer for "The View," observed in The Washington Post.

I have argued all my adult life that racial categories — Aryan or Jew, white or Black, Asian or Latino — are fundamentally illegitimate. Racial labels have no objective genetic meaning; they are mere social constructs, not biological facts, and merit no more significance than left- or right-handedness. Nothing good has ever come from sorting people into "races," and Goldberg's inanities are only one minuscule illustration of how racial thinking warps human judgment.

Here's a suggestion, Whoopi. Read "Maus" during your time off. Start with the quote on the first page and see where such thinking can lead.