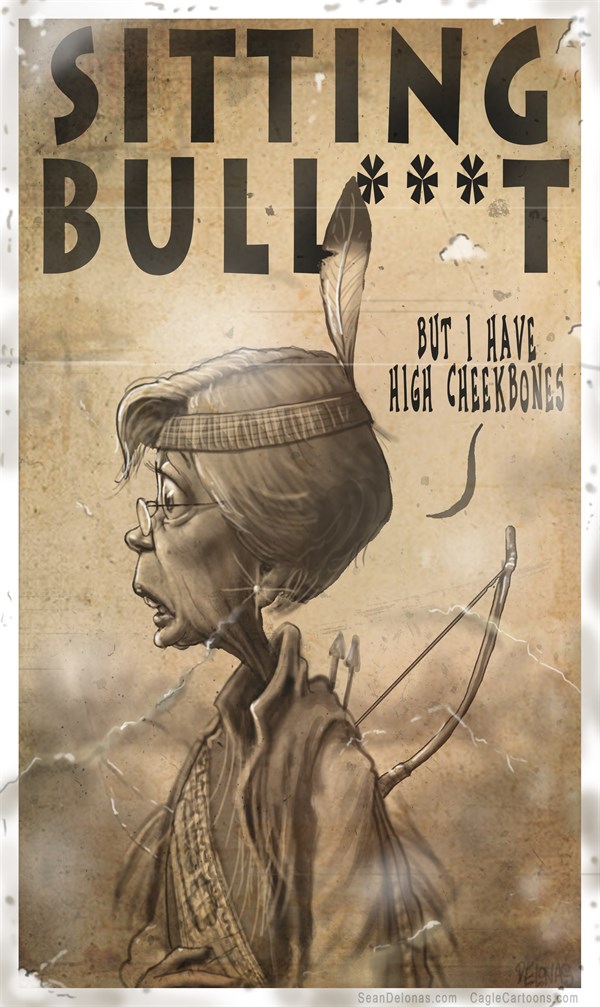 Prices in the United States are rising faster than they have in decades.

The Bureau of Labor Statistics reported this month that inflation was up 6.8 percent over the past year, the steepest annual increase in consumer prices since 1982.

There is no mystery about why inflation is exploding: Prices spike when too many dollars are chasing too few goods. The federal government has massively increased spending over the past two years in the name of economic stimulus and COVID-19 relief: too many dollars. At the same time, the pandemic's upheaval has led to a global labor shortage and snarled supply chains, preventing commodities of every description from being produced or from reaching vendors: too few goods.

The result is straight out of Economics 101: Everything is more expensive.

But Senator Elizabeth Warren of Massachusetts has a different theory. She insists prices are being pushed up not by anything as impersonal as supply and demand, but by greedy business executives.

"Prices at the pump have gone up," she told an MSNBC interviewer last month. "Why? Because giant oil companies like Chevron and ExxonMobil enjoy doubling their profits. This isn't about inflation. This is about price gouging."

Warren had the same explanation for why turkey has become so expensive: "plain old corporate greed." She demanded a Justice Department investigation, accusing poultry companies on Nov. 23 of "abusing their market power" by "giving CEOs raises & earning huge profits."

"Wondering why your Thanksgiving groceries cost more this year?" Warren tweeted. "It's because greedy corporations are charging Americans extra just to keep their stock prices high."

It's more costly to rent a car these days. That too, says Warren, is caused by capitalist greed.

In a letter to the CEO of Hertz, Warren blasted the company for being "happy to reward executives, company insiders, and big shareholders" with stock buybacks, "while stiffing consumers with record-high rental car costs."

Wherever prices are rising, Warren fingers the same culprit: rapacious corporations. Like Henry Ford, who would sell customers a Model T car in any color they wanted as long as it was black, the senator will gladly explain why any product has become more expensive, as long as the explanation involves greedy businesses out to make more money.

It is true, of course, that corporations continually look for ways to increase their profits. That's how they survive. The reason businesses exist in the first place is to supply goods or services to customers and make money doing so. If companies can't turn a profit, they eventually go out of business and no longer sell those goods or services.

But if corporate greed is Warren's one-size-fits-all explanation for why prices go up, how does she explain why they go down?

Consider gasoline. In the spring of 2020, the average price of gasoline plunged to less than $1.90 a gallon. Why didn't Chevron and ExxonMobil do then what Warren claims they are doing now â€” gouge customers to boost profits? The answer is that prices aren't driven by all-powerful capitalists capable of "doubling their profits" at will.

Last spring, the pandemic and its attendant worldwide lockdowns caused a drastic cut in demand, which led in turn to a sharp fall in prices â€” so sharp, in fact, that the oil industry suffered an unprecedented crash. In 2020, the five largest oil companies (ExxonMobil, BP, Shell, Chevron, and Total) lost a combined $76 billion. Then, when the economy recovered and the demand for oil grew faster than the inventories available to meet it, prices soared.

In the world according to Warren, every unwelcome spike in prices is the result of a conspiracy to put the screws to consumers, while every dramatic price reduction is an irrelevancy.

In the real world, market forces, not corporate villainy, explain why prices fluctuate. And "market forces" go far beyond decisions made by a handful of business leaders in C-suites. They comprise choices made by tens of thousands of producers and vendors, as well as millions of consumers.

Inflation isn't on the march because, after decades of stable prices, corporate America was suddenly seized by a wave of greed. It's a ridiculous theory, but it's the one Warren is sticking to. So she plays the corporate-greed card over and over, like a relative repeating the same dreary party trick at every family gathering.