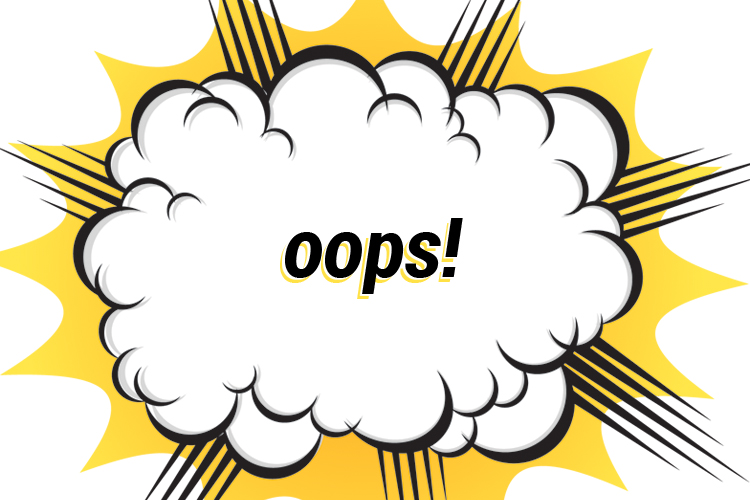 In December 2019, CNN assembled a panel of 16 experts and analysts to make a few predictions about the year ahead. The group — which included, among others, political strategist Alice Stewart, attorney/journalist Raul Reyes, Huffington Post editor Holly Thomas, University of Texas historian Peniel Joseph, and former White House communications director Jen Psaki — was asked to peer into their crystal balls and forecast the winners of 2020.

They got nearly everything wrong.

Which film would take "Best Picture" at the Academy Awards? Only one panelist picked "Parasite," which won the Oscar, while seven of the 16 were sure it would go to "The Irishman."

The winner of Super Bowl LIV? Eight of the sages were sure it would be the Baltimore Ravens, who didn't even make it to the championship game. The Kansas City Chiefs were named by just one of CNN's gurus.

Which country would take home the most medals from the 2020 Tokyo Olympics? All 16 said the US would win that competition, hands down. None foresaw that the Olympics, like so many other sporting events last year, would be cancelled because of a pandemic.

CNN's panel provided yet another reminder that when pundits and insiders foretell the future, it's usually wise to assume they're wrong. "No lesson seems to be so deeply inculcated by the experience of life," wrote the British statesman Lord Salisbury to the viceroy of India in 1877 "as that you should never trust experts." Yet the experts themselves — often mistaken, never in doubt — rarely seem to learn that lesson, which was confirmed once again in 2020, and not just on CNN.

"Expert Opinion: COVID-19 Vaccine Rollout Unlikely Before Fall 2021," Science Daily advised its readers in October. The story was based on a survey of 28 vaccinologists, whose consensus was that the "best-case scenario" to expect a coronavirus vaccine was next summer — but that a more realistic date might actually be sometime in 2022.

One day before the US Labor Department reported June's unemployment numbers, MSNBC anchor Rachel Maddow confidently offered a grim prediction: "They're going to come out tomorrow," she told her audience. "Brace yourself: It is going to be absolutely terrible." In fact, the report was spectacularly positive: Nearly 5 million jobs had been created in June. It was the largest single-month job growth in US history, and it drove down the unemployment rate by more than two percentage points.

As in every election season, 2020 was filled with firm predictions of victory by candidates who ultimately lost, from the presidential race on down. Many of those prophecies were just partisan cheerleading, so it wouldn't be fair to point to all of them as examples of authorities getting the future wrong. But not every forecaster gets off so lightly.


James Carville, the renowned Democratic strategist behind Bill Clinton's successful presidential campaigns, was certain that all the talk of the ballot count being inconclusive on election night was bunk. "We're going to know the winner of this election by 10 o'clock tomorrow night," Carville told Andrea Mitchell in a televised interview on November 2. "What people are doing is just unnecessarily scaring people and making them nervous."

Another renowned Democratic strategist who not only got a prediction wrong, but doubled (and tripled and quadrupled and quintupled) down on that prediction was Carville's former business partner, Paul Begala. As Politico recounts, Begala was absolutely convinced that President Trump was going to replace Mike Pence on the GOP ticket with former UN ambassador Nikki Haley:

Epstein . . . made a bold claim on March 16: Even as Covid cases were exploding in the United States, the virus would take the lives of just 500 Americans. His estimate, published at Hoover's website, quickly won allies in Trump world, many of whom began circulating his numbers as a sign that coronavirus panic was overblown. But there was a problem with his numbers, as Epstein noted in updates a few days later : his estimate of 500 dead was 10 times too small; the more accurate projection was 5,000 dead Americans at most.

Of course, bad predictions about the year just ended were made well before 2020, too.

"By 2020 you'll have seen private citizens circumnavigate the moon," aerospace engineer and entrepreneur Eric Anderson told Space.com in 2010. Another prediction in the same article, falling even wider of the mark, came from Elon Musk. "By 2020," the founder of Tesla and SpaceX averred, "there will be serious plans to go to Mars with people."

In a 2006 forecast of "highly likely changes to come," researchers at Elon University were sure that "robots and artificial intelligence of various sorts will become an accepted part of daily life by the year 2020 and will almost completely take over physical work." In fact, robots will have "evolve[d] to be smarter than humans, and they are expected to be granted their own set of rights by 2020."

In its annual issue looking ahead to the new year, The Economist acknowledges that in last year's edition it missed just about everything that would be significant about 2020. "Well, we didn't see that coming," editor Tom Standage's roundup ruefully begins. After ticking off a few items that the magazine got right — it predicted, for example, that Tik-Tok would surge in popularity in the United States — Standage concedes: "Mostly, however, we got things wrong."

A book I cherish is The Experts Speak: The Definitive Compendium of Authoritative Misinformation. Compiled by Christopher Cerf and Victor Navasky, it mercilessly documents the uncanny ability of experts to get things hopelessly, cataclysmically wrong. Flip through it at random, and marvel at the howlers:

Business Week reporting in November 1929 that the Wall Street crash would not lead to a depression because the economy was "stronger than ever before." Actor Gary Cooper insisting in 1938 that "â€˜Gone With the Wind' is going to be the biggest flop in Hollywood history." Joseph P. Kennedy, the US ambassador to Great Britain, telling the Boston Globe in November 1940: "Democracy is finished in England." Fifty political insiders unanimously predicting Thomas Dewey's defeat of Harry Truman in the 1948 presidential race. The Decca Records executive who turned down The Beatles in 1962 on the grounds that "Guitar groups are on their way out." The 1977 declaration by Ken Olson, president of Boston's Digital Equipment Corp.: "There is no reason for any individual to have a computer in their home."

For hundreds of pages, on scores of subjects, the experts get it wrong. I've often wished that The Experts Speak came with an annual supplement, the better to be reminded that knowledge is no guarantee of truth, and renown doesn't equal prophecy.

So here we are at the dawn of a new year. Really smart people are gearing up to tell you what's going to happen. Hear them out, if you like, but remember: They're just guessing — and their guess is as good as yours.