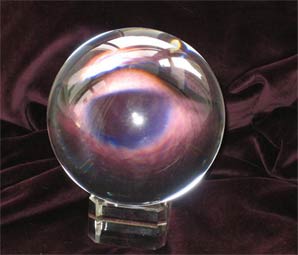 In Adventures in the Screen Trade, his 1983 memoir about life in Hollywood, the late William Goldman summarized the movie industry in three words: "Nobody knows anything." A two-time winner of the Academy Award for best screenplay, Goldman wrote some of the big screen's biggest hits, including "Butch Cassidy and the Sundance Kid" and "All the President's Men." If anybody was an expert on successful movies, he was. But experts, he wrote, are as clueless as everyone else about the future.

"NOBODY KNOWS ANYTHING," Goldman repeated, putting the words in all caps. Why, he asked, did every single studio in Hollywood except Paramount turn down the chance to make "Raiders of the Lost Ark"? Why did Universal decide it wasn't interested in "Star Wars"? Why did Columbia, after spending a small fortune to develop "E.T.", eventually drop the project?

Goldman's answer: "Because nobody, nobody — not now, not ever — knows the least goddam thing about what is or isn't going to work at the box office."

What is true of Hollywood is true of just about every field: When experts say something is going to happen, the odds are generally even that it won't. As the odometer turns to 2022 and self-assured savants and insiders begin another 12 months of confidently forecasting what the future will bring, remember: Nobody knows anything.

Each December, Politico assembles an assortment of political predictions from the year gone by that prove the truth of Goldman's axiom. Among the most glaring of those misfires in 2021 was former White House press secretary Dana Perino's prognostication that Republicans would win both US Senate seats in the Georgia runoff election; Pulitzer Prize-winning reporter Tom Ricks's prophecy that "by Labor Day, Biden's approval ratings will average low 60s"; and commentator Hugh Hewitt's serene assurance on the morning of Jan. 6 that "everything's going to be fine" when it comes to the transfer of power from Donald Trump to Joe Biden.

Things turned out rather differently: Republicans lost both seats in Georgia. Biden's approval in September was down to the low 40s (where it remains). And Jan. 6, when rioters stormed the Capitol to stop Biden from being certified as president-elect, was anything but "fine."

One reason for the sharp downturn in Biden's approval: the victory won by the Taliban in Afghanistan. That was something Biden had confidently predicted would not happen.

"The Taliban is not the North Vietnamese army," he said in July. "They're not remotely comparable in terms of capability. There's going to be no circumstance where you see people being lifted off the roof of an embassy.... The likelihood there's going to be the Taliban overrunning everything and owning the whole country is highly unlikely." Within five weeks, helicopters were airlifting Americans from the US embassy in Kabul as the Taliban seized control of the country.

The COVID-19 pandemic likewise generated plenty of expert opinions that fell wide of the mark.

"Schools can become superspreaders and in September, it will happen," warned former New York Governor Andrew Cuomo, insisting that "dramatic action" was necessary to keep the virus out of classrooms, especially in New York City. Many in the media looked to Cuomo as a leader in fighting the pandemic — in 2020, he received an Emmy for his "masterful" briefings — but he was completely wrong. Of nearly 708,000 COVID tests conducted in New York City schools in the fall semester, a mere 5,340 came back positive — a minuscule positivity rate of just three-fourths of 1 percent. (Cuomo was later stripped of his Emmy, though not because his pandemic predictions.)

It wasn't only in America that COVID crystal balls proved faulty. Health officials in the United Kingdom forecast a dreadful autumn, and anticipated 7,000 or more hospital admissions daily by October. It never happened. As the year ended, hospitalization rates remained far below the sages' doomsday scenarios.

On the economy, too, expert projections proved to be duds.

Vox's so-called Future Perfect team of seers predicted last January that, notwithstanding the "vaccine-driven recovery," the US unemployment rate would stay above 5 percent through November 2021. In, fact unemployment dropped below 5 percent by September. By December it was down to 4.2 percent.

This was also the year that many economic analysts and financial journalists pooh-poohed any suggestion that inflation was poised to explode. "No, you don't have to worry about inflation," MarketWatch's Brett Arends assured his readers in January. "Call me in six months if there's still inflation," said Saagar Enjeti on "Rising," the popular YouTube news program he co-hosts with Krystal Ball. "History Says Don't Panic About Inflation," Nobel laureate and New York Times columnist Paul Krugman insisted in a November column, one of many he wrote on that theme in 2021.

Oops. Inflation has become a huge concern. Prices are rising in the United States at the fastest rate since the early 1980s, and 45 percent of US households say they are feeling the financial strain. How did so many supposed experts miss — or misread — the evidence of what was coming?

The premise of that question is flawed.

To be an expert is to possess considerable knowledge in a particular field, but it is not to possess any greater insight into what is to come. As political scientist and psychologist Philip Tetlock documented in his 2005 book Expert Political Judgment, specialists are no more reliable than non-specialists when it comes to making predictions — even in their own areas. "Expertise and experience," wrote Louis Menand in The New Yorker, summarizing the findings of many studies, "do not make someone a better reader of the evidence."

Experts know a great deal, and to listen courteously when they speak is only prudent. But it is not prudent to imagine that they see farther into the future than most people. The talking heads you watch on TV, the sports or money gurus you hear on your podcast, the opinionated columnists you read in the paper — take their words with a healthy dose of skepticism. And don't forget Goldman's Axiom: