Miracle of miracles --- The Internet didn't implode! A year after net neutrality's repeal, it's alive and well --- and faster 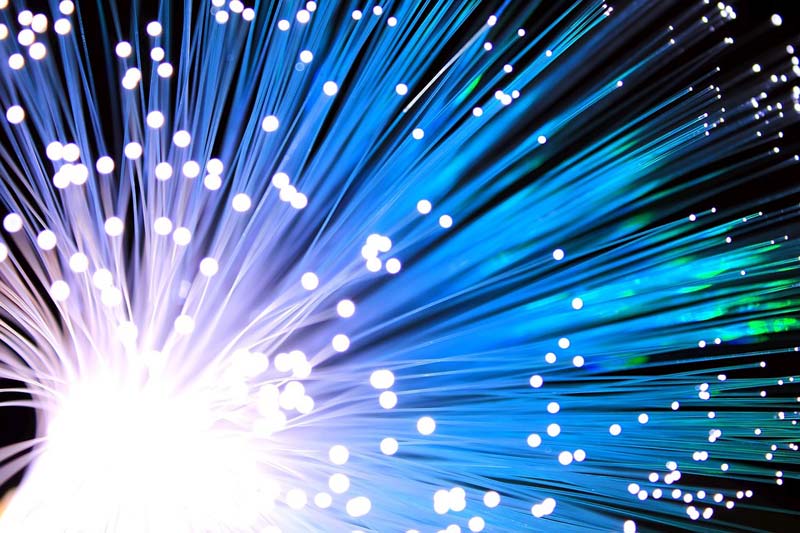 Here's a piece of news you may have missed: The internet is getting faster. The technology news website Recode reported this month that "US internet speeds rose nearly 40 percent this year," with broadband download velocity now averaging as much as 159 megabits per second in some cities. The United States currently ranks seventh worldwide in broadband internet speed. That's up from 12th a year ago.

Perhaps this strikes you as something less than a stop-the-presses revelation. The internet, after all, has been expanding and accelerating for the past 25 years. Why should 2018 have been any different?

Yet last year, when the Federal Communications Commission moved to repeal the Obama administration's "Net Neutrality" rule, much of the liberal establishment went berserk. Many in the media were sure the change would mean the "end of the internet as we know it." A lavish online campaign backed by dozens of organizations issued a "Red Alert," warning that if the FCC under Chairman Ajit Pai overturned the Obama regulations, it would "give the big cable companies control over what we see and do online" and "allow widespread throttling, blocking, censorship, and extra fees." A New York Times business journalist bewailed the coming demise of the internet — undoing net neutrality, he wrote, "would be the final pillow in its face." Other tech analysts were even more caustic. Nilay Patel, the editor of The Verge, proclaimed that with net neutrality gone, the internet was doomed. ("Doomed" wasn't the word he used.)

In the abstract, this was a legitimate topic for debate. "Net neutrality" is jargon for a policy under which internet service providers (ISPs) such as Comcast and Verizon are required to treat all data equally, making no distinction among online websites or the features they offer. Advocates warned that if net neutrality weren't mandated by the government, internet carriers would move data more slowly, exempting websites and apps only if they paid for preferential "fast lane" service. Or they would shift to a tiered subscription model, in which consumers seeking access to bandwidth gluttons like Netflix and YouTube would be charged more than consumers interested only in web browsing and email.

That argument was plausible in theory, but belied by history. Though the internet has existed since the early 1990s, it wasn't until 2015 that the FCC imposed its net-neutrality regulations. Did it do so because the big ISPs were throttling internet traffic? Hardly. In the more than two decades during which the internet functioned without net-neutrality regulations, there was scant evidence that rapacious corporations were strangling web traffic. On the contrary: As the FCC's own published data confirmed, between 2011 and 2015, internet speeds had been steadily rising.

In reality, the net neutrality rule was part of an even broader assertion of power by the Obama administration. By designating broadband providers as the legal equivalent of telephone companies — telecommunications common carriers — the FCC claimed sweeping authority to regulate them under Title II of the Communications Act of 1934.

That gave the agency a say in nearly every step taken by the broadband firms. "The FCC was empowered to decide if a network provider's products were good for consumers, and innovative new services were suddenly viewed with suspicion," explained Boston Globe technology reporter Hiawatha Bray. "For instance, the agency went after cellular companies for daring to offer free video and music streaming services. . . . Armed with Title II, [the FCC] could turn the Internet into something like the old Bell system telephone monopoly, famed for its near-total lack of technical innovation."

For supporting a rollback of the Obama-era "net neutrality" regulations, FCC Chairman Ajit Pai was subjected to contemptible abuse. Pai was showered with racist insults and death threats, forcing him to cancel major public appearances.

So when the Trump administration last December voted to undo the net-neutrality rule, it was simply restoring the status quo ante. It was also acknowledging that the decision to arm an agency with significant new authority belongs to Congress, not to the agency's own bureaucrats.

That was a move with which reasonable people could disagree. But the reaction from countless critics was anything but reasonable.

NARAL howled that repealing net neutrality posed a "direct threat to reproductive freedom." GLAAD slammed it as "an attack on the LGBTQ community." The Root denounced it as an attempt to "silence black voices." Others decried the FCC vote as an assault that would "hurt rural America," "hurt students," "hurt religion," and "hurt the poor most of all."

Such wailing and teeth-gnashing paled next to the venom heaped on Ajit Pai. The FCC chairman was subjected to truly contemptible abuse. The FCC was showered with racist insults (Pai is Indian-American) and death threats — some of them serious enough to compel Pai to cancel major public appearances. Signs posted near his home invoked his young children by name, and charged that their "Dad murdered democracy in cold blood."

And now, a year later, it is clear that the fanaticism and fury of the net-neutrality campaign was not just unhinged, it was dead wrong. The web is as accessible as ever. Democracy has not been murdered. Broadband moves faster and faster. As with most predictions of gloom and doom, the digital alarmists should have been ignored. Twelve months after the net neutrality rule was spiked, the internet is doing just fine.