On taxes and immigration: look to Hungary 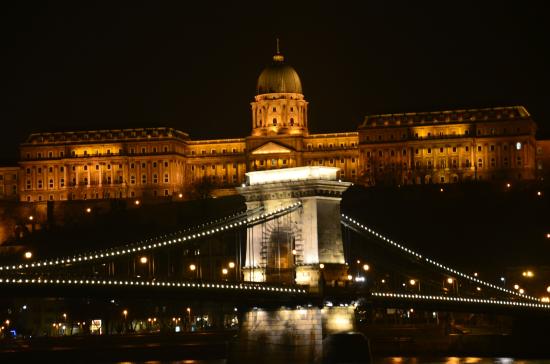 -- has returned to after another unearned vacation and faces at least two immediate challenges, in addition to the familiar ritual of raising the debt ceiling.

has called the indecipherable tax code "self-destructive." He has also decided to end the Obama-era program that allows "undocumented" immigrants who came to America as children to gain work permits. would be given six months to replace it.

For advice on taxes and immigration, the president and might learn something from .

On , the government of Prime Minister lowered the corporate tax rate from 19 percent to 9 percent, the lowest rate among the 28 member states of the . By comparison, top marginal tax rate is 38.92 percent, just behind and the .

In an interview, , secretary of state for Public Diplomacy and Relations in Orban's Second Cabinet, tells me the country's 15 percent flat tax and lower corporate taxes have -- surprise -- increased government receipts because more people are being hired and they generate additional tax revenue.

In the last seven years, Kovacs says, 700,000 new jobs have been created in , only 150,000 of which are government jobs. The government jobs are mostly for people who had relied in the past on social welfare programs. Even here, he says, they know the meaning of the word "workfare." The unemployment rate in is 4.5 percent, according to Kovacs, down from 11.4 percent in 2010 when the current government took power. Economic growth ranges between 3.5 percent and 4 percent, he says.

While American debt keeps rising, debt is falling. In 2010 it was 85 percent of GDP. Today it is 74 percent. True, has a high value added tax of 27 percent, but Kovacs says that is "temporary" (is there any such thing as a temporary tax?) and the government's goal is to reduce it as revenue continues to increase.

has some of the toughest immigration policies in the . Since 2015, says Kovacs, "400,000 immigrants have passed through" the country. Asked how many stayed, he replies "none," adding, "They (immigrants) all wanted to go to , , Scandinavian countries." Why? Because, he says, they have welfare programs in those countries and deliberately does not.

The charges for this policy are familiar to Americans: "We are racists, we hate those people who come in," when in fact, Kovacs says, it is about maintaining culture and way of life.

What about the religious component when it comes to migrants from Muslim countries?

"We do not underestimate that element," he responds. "Islam is mostly fundamentalist. is mostly secular, but even for those who don't believe in G0D, or go to church. The very culture of is Christianity."

Kovacs suggests the massive flow of mostly Muslim immigrants is "undermining the very foundations of the European countries." He says even secularism is a threat to those foundations, "but when you bring in a completely different culture -- and it's not superiority vs. inferiority -- it's simply about the difference. If you see the experience in other societies, Islam is not integrating. They exist in parallel societies and live by their own rules. We don't like what we see in , and ."

He might have added that if a nation loses its culture, it loses the nation. The failure of especially Muslim immigrants to assimilate in ways that will preserve their host's culture is critical. Otherwise, it is not immigration, but invasion, which appears to be happening in , a continent that has a lot of experience over many centuries when it comes to that practice.

has provided a good example when it comes to tax reform and immigration policy. The could learn from it.