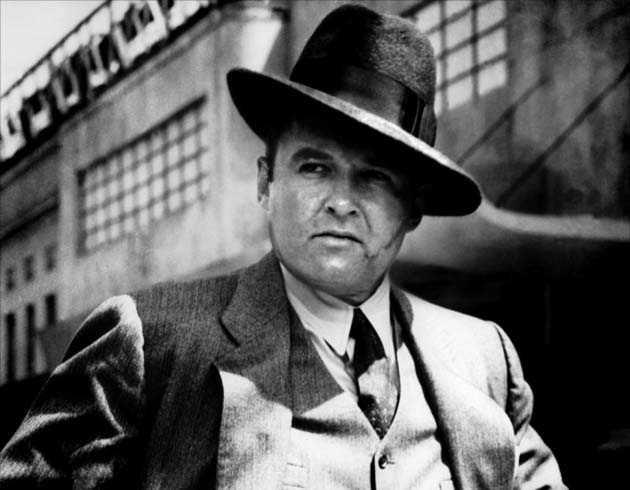 "You can get a lot farther with a smile and a gun than you can with just a smile."

This quote has often been attributed to the late mobster , who with his fellow organized crime buddies used extortion as one of their tactics to get what they wanted. Today's modern congressional have clearly benefited from Capone's example.

As has occurred many times before, congressional are threatening a government shutdown on Friday, if and don't cave on DACA, Deferred Action for Childhood Arrivals, an American immigration policy that allows eligible immigrant youth, who entered the country as minors, protection from deportation and a work permit, which is valid for two years and subject to re-approval.

Once again, see an opportunity to damage the president and the Republican brand through fear and intimidation, tactics effectively used by Capone and his gang. Their media accomplices will visit familiar places to demonstrate the "harm" caused by closing the government and they will round up the usual suspects.

Expect to see crying mothers with small babies complaining about whatever they want to complain about, closed parks and stories about how only "essential" government employees must report to work. Now there's a way to shrink the size and cost of government: keep the essentials and let go of the nonessentials.

It will likely not be noted by the media that anyone who is denied a paycheck during the "shutdown" will get it all back.

have always had a terrible defense against political extortion. Instead of standing and fighting for principles (when did that last happen?) they run like cowards in warfare, afraid of the battle.

Maybe this time will be different. Maybe. One hopes the strategy has been developed and is ready to implement.

One option would be a televised address by , who should be joined by Speaker . They might appeal to the nation's past when personal debt was a stain on one's character and national debt was a stain on the country. They might remind people of their ancestors, many of whom believed doing for one's self was to be preferred over dependence on government, unless one was truly needy, through no fault of their own. If the narrative is to be changed, the public's thinking must change first.


The government must not be seen as our keeper. The recent tax cut should be used to encourage Americans to invest and save for their future and to build wealth that will allow them to take care of themselves. Wealth, or at least the wealthy, is regarded as evil, while spending -- even deficit spending -- is thought of as good. How did that transformation occur?

We've gone from the days of our 30th president, , whose wisdom remains for anyone wishing to considerate it, to the notion that everything government does is good, noble and righteous and the individual is to be the servant of the state.

Coolidge said "no" to new spending and to government programs that did not directly serve the people and would not undermine personal initiative. Like , he cut taxes significantly and left office with a surplus.

If the government "shuts down" on Friday, it will not only be the fault. must also share part of the blame for their past failures to inform the public about the dangers posed by big government and big spending, not only financially, but in robbing the nation and its people of their character.