IS PRESIDENT CLINTON really serious about declaring war on terrorism, or is his administration once again sending mixed signals to despots and terrorists? Last week's bombing of terrorist camps in Afghanistan and a suspected chemical weapons factory in Sudan certainly seemed like a bold strike against those who have declared their own war on the United States and its citizens.

Most reassuring of all was Secretary of State Madeleine Albright's statement that the United States would act unilaterally when necessary to defend American lives, which she repeated several times in the days that followed the attack. 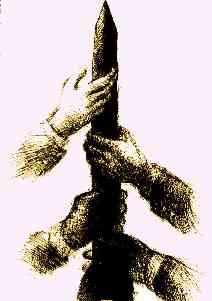 Then, Monday morning, Secretary Albright stepped up the rhetoric, implying that other terrorist safe havens can expect similar action if they continue to harbor known terrorists. In announcing that the United States has agreed to allow two Libyans accused of the 1988 Pan Am 103 bombing to be tried before Scottish judges in the Netherlands, Albright characterized the offer as a "take it or leave it proposition" to Libya's Moammar Qaddafi, who has so far refused to hand over the suspected bombers. Ominous words, but unless the United States is truly willing to punish Qaddafi if the suspects aren't turned over to international authorities, this latest move will muddy the policy waters once again.

To date, the only consistent thing about the administration's anti-terrorism policy has been its inconsistency. Sometimes, the president has been tough, as when he lobbed a few Cruise missiles at Iraqi installations after U.S. intelligence discovered an Iraqi plot to assassinate former President George Bush when he visited Kuwait in 1993. But at other times, the administration has rattled its sabers only to meekly sheathe them again when real confrontation was imminent.

The Clinton administration has backed down in encounters with both North Korea over that country's building of nuclear weapons and Iraq for violating bans on chemical and biological weapons. In each instance, the president first made threats and then offered carrots if the offenders would only make some show of compliance. The latest such charade occurred in February, when the Clinton administration once again retreated in a confrontation with Saddam Hussein over U.N. inspections of his weapons plants.

No doubt the administration's about-face in these encounters has emboldened our adversaries, including extremists like Osama bin Laden, the man suspected of directing the bombings of U.S. embassies in Kenya and Tanzania Aug. 7, which prompted the U.S. retaliation last week. But a onetime assault on bin Laden's terrorist training camps in Afghanistan won't be nearly enough to shut down his operations or deter other would-be terrorists. To be effective, the administration must be relentless in its pursuit of the man and his operatives and must be committed to using force again and again -- against individuals, terrorist organizations and the states that support them.

Secretary Albright has described the embassy bombings as the "war of the future" carried on by a fanatic who has declared war on "all Americans, anywhere." She's right, of course, and perhaps there is reason to hope that the administration has finally learned its lesson and will fully engage in a war on terrorism. But the past six years' experience aren't encouraging. Nor is the prospect of such a war being launched by a much weakened president whose own tenure is in doubt.

Some of the president's critics have accused him of ordering the attacks on the training camps and chemical weapons factory in order to deflect attention from the Lewinsky scandal. I doubt it. But whatever his motivation, President Clinton did the right thing when he defended American lives by bombing known terrorist centers.

What is less certain is whether he will keep his resolve in the months ahead. As the former U.S. ambassador for counterterrorism during the Reagan years, L. Paul Bremer, recently told The New York Times: "Every time there is a major terrorist incident, American politicians are always standing with clenched jaws saying we're serious now. Their attention span always lasts a few months." If so, we have already lost this