We have a ways to go in the bilingual war

IN THE WEEK SINCE California voters overwhelmingly rejected bilingual education for children in their state, I've had some interesting conversations with political leaders, parents, teachers, researchers and journalists on what the vote will mean for non-English-speaking children around the country.

Everyone agrees that Proposition 227, which received 61 percent of the California vote, marks an end to bilingual education as we know it. Nonetheless, a group of die-hard bilingual advocates has filed suit to block enforcement of the measure. 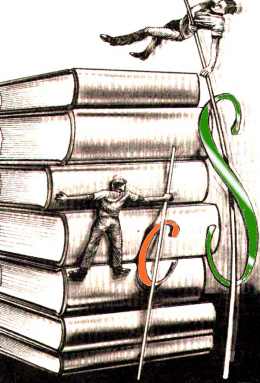 The group claims that the law, which mandates one year of intensive English instruction for kids who don't yet speak the language, violates the civil rights of non-English-speaking children. But even if they win their case -- a highly unlikely event -- bilingual education as it is now practiced won't survive. The real question is what will replace bilingual education.

Nationwide, about 3 million public-school students don't know English. Many school districts must accommodate children from 60 or more language groups -- some of whom are 5 or 6 years old and entering school for the first time, others who are older and may or may not have attended school in their homeland.

Earlier in this century, such children would have been expected to learn English practically by osmosis, either sinking or swimming on their own. Of course, millions of children did learn this way, but many others failed, falling further behind each year or dropping out of school altogether.

In 1974, the U.S. Supreme Court declared it illegal for school districts simply to ignore the plight of non-English-speaking children, so schools must do something to help kids learn English. Clearly, teaching them in their native language for four or five hours a day -- which is what many bilingual programs have done until now -- hasn't worked. But what will?

First, teaching English to poor, non-English speaking kids isn't always easy, especially if such children constitute a majority in their classroom or school and speak a single, common language, which is the case in most school districts with large Hispanic immigrant populations. It's true that young children absorb language more readily than older kids or adults, but if these children also happen to have multiple learning problems -- as many poor kids unfortunately do -- the process may be slow and frustrating.

What's more, the few hours of the school day in which such children can practice English may not compensate for the disadvantages of living in an environment where English is rarely, if ever, heard. The answer is not to give up teaching English -- as so many bilingual programs have -- but to allocate enough resources to get the job done. Language classes should be smaller than other classes, ideally no more than 15 or 20 students to a class. Large classes deprive students of adequate time to practice speaking English. No one learns another language simply by listening to others speak it. Teachers should be specially trained in language acquisition and should have age-appropriate materials available for the students.

In most cases, it would be helpful if the teacher understands and speaks the native language of her students, although she should be discouraged from using it except as a last resort. School districts with large non-English speaking enrollment should set up after-school and summer programs to provide extra time for English learners to master skills they missed during the regular school day or year.

Since most school districts don't have extra money to fund such programs, local businesses and community groups should pitch in to help. Teachers unions should encourage their members to volunteer their own time, or at least allow outside volunteers to teach these classes if regular teachers won't.

It's unclear whether California will adopt such provisions, and no doubt extremists on both sides of the bilingual debate, not to mention the teacher unions and special-interest groups, would object to many of them. But unless a real plan emerges to teach English to 3 million youngsters who don't yet speak it, the defeat of bilingual education will be a hollow