The FTX Dog That Didn't Bark 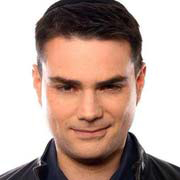 In Sir Arthur Conan Doyle's famous Sherlock Holmes tale, "Silver Blaze", the detective investigates the case of a murder of a horse trainer. At first, investigators presume that the murderer of the trainer must have been a stranger to him. But Holmes cracks the case with the revelation that a watchdog remained silent the night of the murder — a "curious incident," as Holmes puts it, if the watchdog had been confronted by a stranger. No, Holmes concludes, the murderer must have been known to the watchdog.

We would do well to keep Holmes' "curious incident" in mind when discussing the complete meltdown of FTX, the cryptocurrency exchange run by Sam Bankman-Fried, a man who looks like he emerged from a laboratory dedicated to the manufacture of charlatans. Bankman-Fried was, at one point, worth some $26 billion; his exchange was the second largest in the world. But he also bragged about never reading books ("I think, if you wrote a book, you f—-ed up, and it should have been a six-paragraph blog post"); he lived in a "polycule" — a polyamorous semi-colony — along with nine of his executives; he wore gym shorts and T-shirts to important company events with Bill Clinton and Tony Blair; he placed at the head of human resources the girlfriend of the director of engineering and as chief operating officer his own intermittent girlfriend and as head of his associated hedge fund yet another intermittent girlfriend.

The red flags were endless.

And yet the scam continued.

In the coverage of FTX's meltdown, many in the media have been rather slow to ask a simple question: why didn't anybody notice that SBF was one of the most obvious scam artists of all time? Perhaps it's the insanity of the digital age, in which those fresh out of college can be assessed as billionaires without actually showing a balance sheet. But there's something else going on here: SBF was a key cog in a political machine dedicated to the proposition that a coalition of like-minded Left-wingers can seize the reins of capitalist enterprise and then work with friends in government to reconstruct the world.

That, after all, was what SBF was publicly attempting to do. He dumped $40 million into the midterm elections in support of Democrats; he donated $5.2 million to then-candidate Joe Biden during the 2020 election cycle. He had pledged the FTX foundation to hand out $1 billion in 2022. He did all of this in the name of supposed "effective altruism," a philosophy in which Left-wingers seek to use capitalism in order to enrich themselves, then dump the money into favored causes. "I wanted to get rich, not because I like money but because I wanted to give that money to charity," SBF told one interviewer.

"Effective altruism" is just another iteration of the World Economic Forum-approved "stakeholder capitalism" idea — the idea that CEOs owe their shareholders nothing, but the world at large their time, money and resources. There is a reason that FTX had partnered with WEF — a fact that WEF has now obscured by cleaning its website.

How many scam artists are using such "bluewashing" in order to cover for malfeasance — all the while colluding with government figures to redraw regulations that benefit them? That, after all, was SBF's biggest scam: He was an advocate of particular types of regulation that benefitted him and used both familial and business connections in order to protect his corporatism.

And that's the dog that didn't bark here: Where were the regulators with whom SBF was close? Where were the supposed advocates of "ethical capitalism," who posit social responsibility but whose friends seem to repeatedly be caught with their fingers in the cookie jar, dating all the way back to Bernie Madoff?

Maybe, just maybe, the problem isn't with capitalism per se, and its chief admonition caveat emptor, its belief that trust is to be earned rather than granted freely.

Maybe the problem is with a cadre of supposed protectors of the public who aren't out to protect the public at all, but to hobnob with other "change agents" from Bahamian estates while patting themselves on the back for all the good they're doing.