A blow to elites obsessed with racial-identity politics 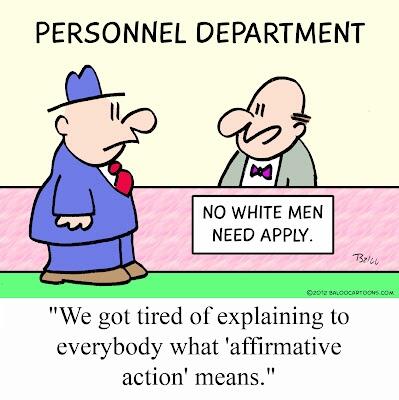 The presidential election may be a muddy mess, thanks to newly permissive policies on mail-in voting. One outcome, however, is beyond dispute: Californians' resounding rejection of racial quotas. A ballot initiative that sought to reintroduce racial preferences throughout state government has lost by a margin of 12 percentage points. For now, elites' goal of a permanently race-divided society will have to wait a few more years.

The losing initiative, Proposition 16, aimed to repeal an earlier ballot initiative, Proposition 209. In 1996, Prop. 209 changed the state's constitution to require California's government to treat all individuals equally. The text of Proposition 209 was an insult to proponents of artificially created "diversity." The state shall not discriminate against, or grant preferential treatment to, Californians "on the basis of race, sex, color, ethnicity or national origin," reads the post-209 state constitution.

This allegedly offensive language led to an ugly battle in 1996. The initiative's opponents anticipated our current obsession with "white supremacy" by comparing advocates of colorblindness to the Ku Klux Klan. Nevertheless, Proposition 209 passed handily. Repealing it quickly became a dominant goal of California's political and educational elites. Some institutions took matters into their own hands. The state's public college systems devised admissions and hiring policies that allowed them covertly to reintroduce racial preferences under the guise of "holistic review." But the state's universities and colleges still wanted their publicly allowable quotas, feeling a twinge of conscience in going full-bore against meritocratic standards in hiring and admissions.

Opponents of colorblindness understandably believed that this year, their decades-long effort of repeal would bear fruit. After all, every mainstream institution in the country erupted with righteous denunciations of Americans' "systemic racism" over the summer, following the death of George Floyd in police custody in Minneapolis in late May. An honor roll of California's political and business elites lined up in support of Proposition 16. Virtually every public-sector union, the teachers' unions, and the California Charter School Association stumped for it.

Prop. 16 supporters leaned heavily on a study commissioned by the University of California (the state's most selective chain of public colleges). That study claimed that admissions for blacks and Hispanics dropped across UC colleges following Proposition 209. Advocates of colorblindness strenuously contest that claim. Hispanic enrollment in the UC system doubled to 25 percent since 1999, they say, while black enrollment increased by one percentage point. But there is no way to adjudicate the pro-preference study's conclusions, since the university and the researcher who carried out the study refuse to release the data behind it. Such lack of transparency violates basic norms of scientific research. Until the data are provided, the study should be ignored.

Even if admissions of underrepresented minorities did go down under a modestly colorblind regime, however, that is an indictment not of colorblindness, but of the woeful academic skills gap that leaves so many underrepresented minorities lacking the most rudimentary college-level math and reading capacity. Catapulting such students into academic environments for which they are unprepared does them no favors. Beneficiaries of large racial preferences congregate on average at the bottom of their class and drop out of demanding majors at high numbers. Such substandard performance reinforces racial stereotypes, rather than dispelling them.

Low-income Asian students remain vastly overrepresented at UC, despite covert racial preferences against them, rebutting the argument that a meritocratic admissions system discriminates against the poor. To be sure, wealth should confer no privilege in admissions, but neither should race. Colorblind admissions systems only favor students who put in the work to master academic material.


These charges of discrimination in contracting and lending are specious. Banks are already under enormous pressure to lend money based on identity. Government agencies go out of their way to contract with minorities and women. Corporations back racial preferences in colleges because they are now populated by woke college graduates who believe that the rest of America is racist and because their leaders and employees are academic snobs. They want to hire from prestigious colleges regardless of whether the affirmative-action admits who graduate from those colleges are academically competitive with their un-racially preferred peers.

The proponents poured $20 million into the "Yes on 16" campaign, part of a pattern this year of the allegedly grass-roots Democrats futilely spending outsize sums on campaigns. The opponents of Proposition 16 commanded but a fraction of those resources. And yet, the initiative carried only Los Angeles County and the three counties around the San Francisco Bay. Voters in the rest of the state were not buying it.

Predictably, elites are charging those voters with racism. A writer for the FiveThirtyEight blog, Matt Grossman, calls the defeat of Proposition 16 a "sign of the limits to Americans' liberalizing attitudes on racial discrimination." This idea — that to oppose racial discrimination is in fact to favor racial discrimination — has always been the cheekiest claim on the part of the identitarian Left. During the last five months, the airwaves were dominated by the message that white supremacy is the very DNA of America, to be extirpated by any means necessary, including riots. For now, at least, that message has failed to carry the day. Americans still understand that the best way to fulfill the promise of this nation is to treat one another as individuals, not as fungible members of warring tribes.