7 reasons why you never should have married him 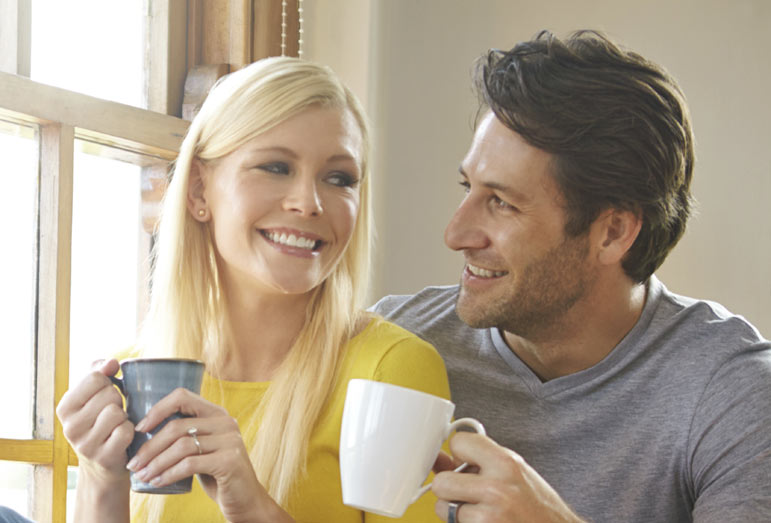 The marriage decision is so momentous, it is amazing that it's left up to two people who are so overloaded with hormones and happiness that they can hardly be trusted to purchase a new pair of shoes, let alone decide who to spend the rest of their lives with.

The fact remains, however, that arranged marriages are few and far between these days, and people make decisions on who to marry based on all kinds of reasons: silly, smart, reasonable, and otherwise. Once that initial glow has faded, and you're left staring at each other across a sink full of dirty dishes, you might be inclined to wonder what you've gotten yourself into. If you start wondering why you married this man, double check your reasoning against this list.

1. He doesn't look like Brad Pitt. In fact, as the years pass and his gut bulge grows, he'll look less and less like that fairy tale man you thought you married. However, look closer and you'll realize those lines near his eyes came from all the times you two have laughed together. His less-than-perfect skin came from all the time spent in the sun watching his children's soccer games. The bulge around his waist is leftover sympathy weight he gained while you carried each of your children through pregnancy. Dashing and damper might have given way to diapers and Pampers, but that doesn't mean his face won't still light up every time he sees you. And vice versa.

2. He doesn't make a million dollars a year. Why? Because he decided he'd rather spend more time with you and the kids than chase that next big promotion at work. He works long, hard hours and often comes home tired, but he knows how important his job is to the family and takes pride in the life you two have built. You'll never stop stressing over finances, but you'll do it together and become better spouses and parents because of it.

3. He doesn't drive a red sports car ...and the car he does drive has high miles and is often filthy. But those miles represent some of the greatest memories and vacations your children have ever had. It's filthy because there's not time between running kids to school, to football practice, to the dentist, etc. to take a trip through the car wash. You lives are full of purpose and laughter and love and that well-traveled, rarely-vacuumed car is a beautiful reflection of that.

4. He doesn't agree with you on everything. In fact, sometimes it feels like you agree on nothing. But imagine how boring life would be if there were no differing opinions, no alternative viewpoints on the world. His yin to your yang helps you balance your strengths and weaknesses. And though you may stay up all night talking because you don't want to go to bed angry, in the end you'll always come up with a better idea than what one person alone could have had.

5. He doesn't bring you flowers every day. Thank goodness for that since it would be really expensive and you'd quickly run out of places to put them. But he does help with the dishes (though he might need reminding), he takes out the trash, and he holds you close at night. There are many ways your man will show you he loves you; don't get stuck on just the one.

6. He doesn't put everything away. Honestly, he probably thinks it's easier to find clothes when they are laying out in the open. But his coat is lying out because it was cold at the little league game, and his muddy jeans are on the floor because he was exhausted after spending Saturday on his knees in the garden. Every item left out has a story. Take a moment to stop and listen.

7. He isn't perfect ...and neither are you. The purpose of life is to get better each day, overcome our challenges and weaknesses, and learn to love despite imperfections. Forgive each other. With patience and the right attitude, you will realize that this messy, funny, annoying, sweet man of yours was the right one for you after all.

When we fall in love, we've often only seen the best sides of each other. But life isn't one dimensional, it's a 3D living portrait. It only grows more interesting and beautiful the longer you look at it.

Katie Nielsen loves being a mother, cooking, writing, and traveling.