What Clint Eastwood's career has to teach American men 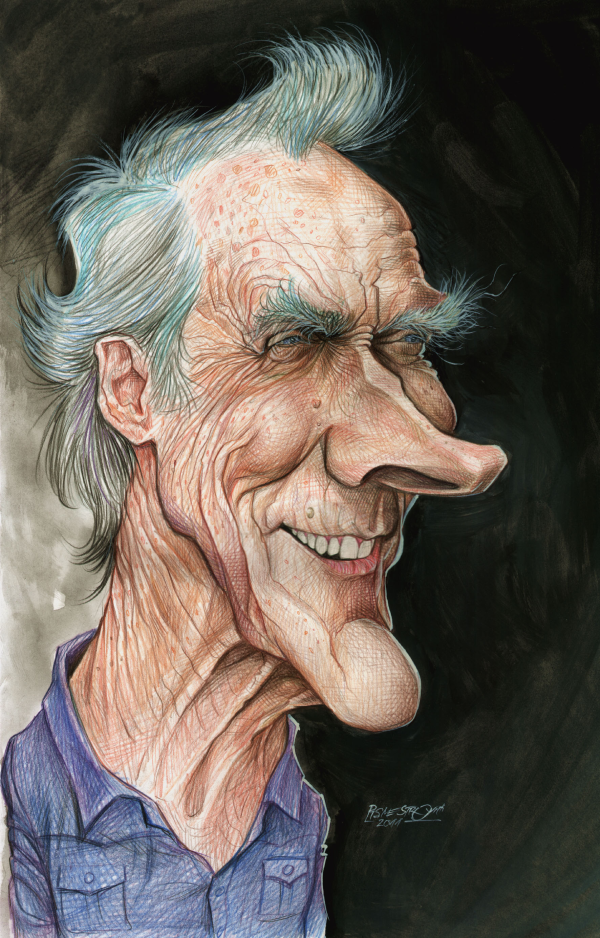 The most striking impression the posters, props and production scripts at the "Clint Eastwood: A Cinematic Legacy" exhibit in the AT&T headquarters in downtown Dallas give is one of scale. Big columns flashing stills and video clips that stretched to the ceiling; a big gun from "Dirty Harry"; a big car from "Gran Torino"; big names like Martin Scorsese and Gene Hackman feting the legend in a video documentary on a big screen.

Eastwood himself is a big man at 6-foot-4, as several of the costumes on display demonstrate: He's a figurative and literal giant in an industry where most of the stars are shorter than they appear.

Yet it was something a bit smaller that caught my attention. One corner of the exhibit juxtaposes the posters for "The Rookie," "A Perfect World" and "Gran Torino," three movies about what an older generation owes to the next and what lessons the former ought to impart to the latter.

"The Rookie" is the least of these, a fairly straightforward buddy-cop action-comedy in the vein of "Lethal Weapon" or "48 Hrs." Charlie Sheen plays the titular rookie; Eastwood the older officer paired with him. The two rampage through the underworld. There's some abuse of criminals, plenty of violence and explosions. By the end of the day Sheen's officer has a rookie of his own to teach how to clean up the streets.

Eastwood followed "The Rookie," neither a critical nor commercial success, with "Unforgiven" and "A Perfect World," two films that consciously undermined the relatively straightforward masculinity at the heart of "The Rookie" and so much of the rest of his body of work.

"Unforgiven" is Eastwood's masterpiece and a film that began three decades of reconsiderations of the ideas and ideals underpinning much of the rest of his work. It's a rumination on what it means to kill a man and what that act does to the soul of the killer.

But "A Perfect World" is, in some ways, more interesting. Eastwood, who also directed, stars as Texas Ranger Red Garnett; he's on the hunt for Butch Haynes (Kevin Costner), a killer who has escaped from prison and taken a young boy hostage. Red has a history with Butch: As a younger man, Red insisted a judge levy a harsher sentence than warranted when Butch stole a car, in the hopes of teaching him a lesson and keeping him from adopting a life of crime - a lesson that, obviously, failed.

Butch has his own lessons to impart to his young hostage about enjoying life. The boy is from a sheltered background, unfamiliar with simple joys such as Halloween costumes. And Butch has his own ideas about what it means to stand up for people who need help. Like "Unforgiven," "A Perfect World" is a film that looks askance at the certainty that was for so many years the heart of Dirty Harry's intellectual project without wholly rejecting the need for violence as a means of self- or communal defense.

The re-examination culminates in "Gran Torino," a film in which director-star Eastwood is forced to confront a situation in which he cannot triumph by means of violence. A retiree living in a Detroit community that has become a hub of Hmong life in the city, Eastwood's Walt Kowalski would charitably be described as curmudgeonly, less charitably as bigoted. But his bigotry gives way to admiration as he teaches the teenage boy next door the value of hard work and steady employment.

Another lesson is harder to learn. When Walt responds to the gangsters making the neighborhood miserable with violence, a cycle begins that he is unable to break through bullets or fists. After a shocking escalation - a neighbor girl is kidnapped, beaten and raped following Walt's efforts to defend his new friends - he realizes that the only way to save the people he has come to love is through self-sacrifice. The character is Dirty Harry as Christ figure.

To say that Eastwood has mellowed with age is correct, as anyone who peruses the retrospective programmed on HBO Max through the end of the month can see, but it is incomplete. Even if in his latest, "Cry Macho," Eastwood plays a cowboy who decides to settle down in a sleepy Mexican town, dancing his days away with a beautiful widow, he still hopes to portray himself as a man capable of throwing an effective punch at age 90.

Eastwood's turn toward the reflective, as well as his dissatisfaction with the idea that violence is the answer, isn't always as cinematically satisfying as the very movies Eastwood is reacting against. But Eastwood's legacy is so big that it can accommodate multiple ideas about what it means to be a man in America.

© 2021 A product of The Washington Post. All rights reserved