It's getting better and worse at the same time 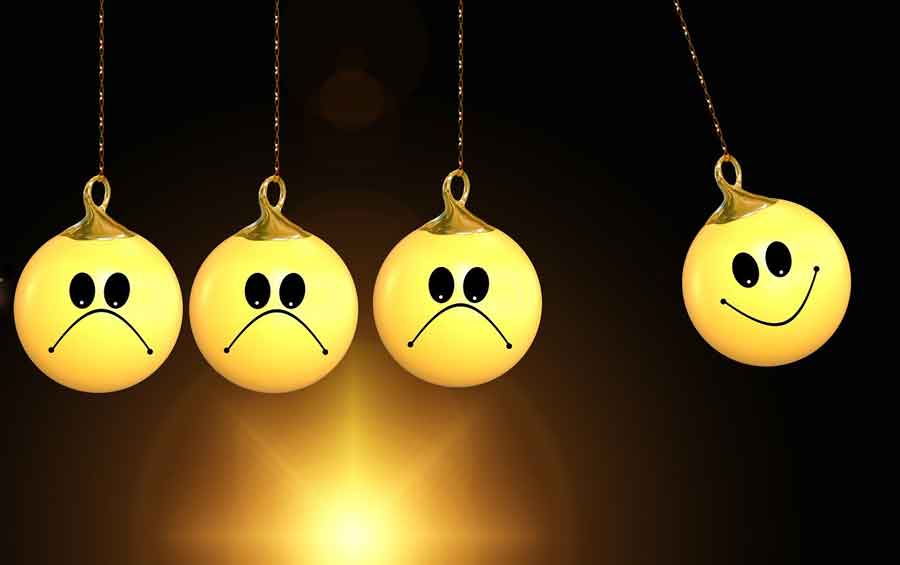 It's a widely shared belief that technological and scientific progress in America has slowed down since the moon landing.

You hear it from Peter Thiel, Robert Gordon, Ross Douthat and other commentators. The U.S. Federal Reserve and the Congressional Budget Office now incorporate lower productivity into their forecasts, and actual productivity has been sluggish.

The larger question is how to know when this great stagnation is ending. Counterintuitively, the answer might be when people are most upset - because that's generally how most humans react to change, even when it proves beneficial in the longer run.

These feelings arise in part from the chaos and disruption brought about by some pretty significant changes.

Consider the rather simple question of how Americans spend their time. The arrival of smart phones in 2009, and the growth of social media shortly thereafter, was a revolution. People now spend a big chunk of their day communicating with their mobile devices or just staring at them - more than three hours a day, by one estimate. This is a major revision to almost one-fifth of most people's waking hours, the biggest such change in my lifetime.

In addition to the obvious gains of having your friends and the world's information at your fingertips, there are risks to these innovations, just as the advent of printing press may have accelerated religious and political conflict. At the very least, mobile devices and social media have turned American politics upside down. Can you imagine Donald Trump as president or AOC in Congress without Twitter?

Or consider health care. As late as April, experts were saying that a covid-19 vaccine would take four years or more. There are now multiple vaccine candidates slated to arrive by early to mid-2021, and the Chinese are already using their vaccine, albeit with uncertainty about its quality. Vaccine production has been turned upside down forever, induced by a crisis. It's not obvious now, but later observers will look back on today as a time when biomedical progress was remarkably rapid.


Are you worried about climate change? You should be, as its costs are becoming increasingly evident, but there are some hopeful developments: Over the last 10 years, costs for solar modules have fallen by about 90% and for lithium-ion batteries by 87%, with further progress likely in both cases. Neither of those gains were obviously in the cards until they happened, and they were brought about by a sense of crisis.

These innovations still need to be integrated into the energy infrastructure, but the idea of a near-zero-carbon-emissions future no longer seems absurd.

Ideas such as lab-grown meat and biofueled jets are more speculative and perhaps further from widespread implementation. Yet a decade ago they seemed laughable.

Last week the New York Times published a story with this headline: "Compact Nuclear Fusion Reactor Is 'Very Likely to Work,' Studies Suggest." It made the rounds on Twitter for about a day, but then everybody went back to talking about the latest news from the presidential campaign.

Even space exploration seems to be "a thing" again, thanks largely to SpaceX and its ability to send rockets to space for an affordable price, and more amazingly to land them intact on earth for further use.

There is a good chance that this is the year life was discovered on Venus and frozen lakes on Mars, which also could mean life of some kind. It's become a topic of serious speculation, based on data from the U.S. Navy, that alien probes are visiting earth. That is significant in terms of its statistical expected value, even if the chance of alien origin is only 1%.

People, here is the good news and the bad news: Change is upon us. We are entering a new era of crises - in politics and biomedicine, with climate and energy, and not incidentally, about how prudently we spend our time.

The regretful truth is that progress is never going to be easy. The great technological advances of the late 19th and early 20th centuries, remember, were followed by two world wars and the rise of totalitarianism. Innovations such as radio and the automobile improved countless lives but also broadcast Hitler speeches and led to destructive tanks.

I'm not predicting the same catastrophe for today. I'm only saying that when the discontent is palpable, as it is right now in America, keep in mind that true breakthroughs may already be underway.