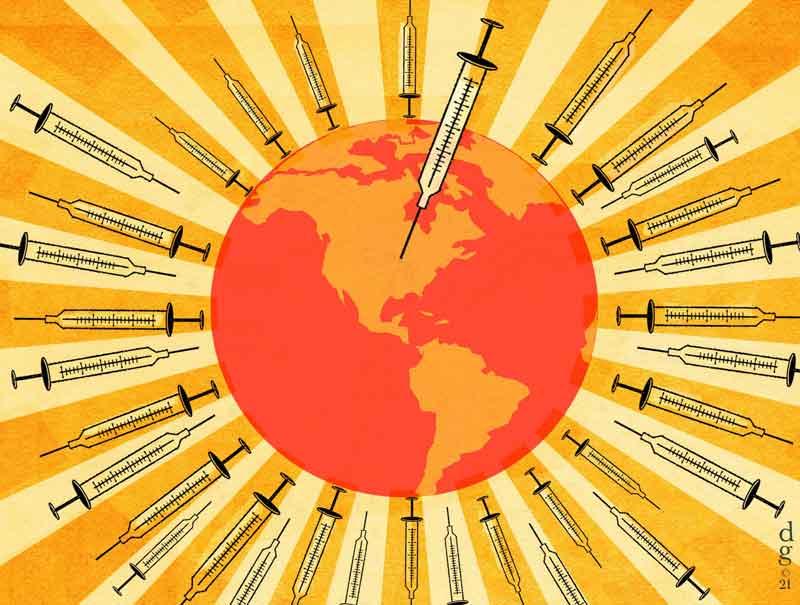 The 18th-century English philosopher Jeremy Bentham came up with the idea of the panopticon, a prison designed to allow all the prisoners to be observed by one guard.

What even Bentham couldn't conceive of, despite his creative musings about schemes of perpetual surveillance, was a society like contemporary Australia.

Once an honorable member of the Free World, Australia has lurched into a bizarre and disturbing netherworld of bureaucratic oppression in the name of public health. Australia's lockdown mania has been so all-consuming that one assumes much of it would make Anthony Fauci blanch.

At the start of the pandemic, Australia determined to squeeze out COVID with lockdowns and travel restrictions and, as an island nation, had considerable success. It was the last of the G-20 countries to hit 1,000 total deaths.

But this created an unrealistic expectation that Australia could have COVID-zero as a goal for the duration and use targeted restrictions and surveillance ("circuit-breakers") to maintain it.

As the pandemic has dragged on, this has become completely untenable and done violence to liberty and common sense in a great English-speaking nation.

Lockdowns have cut a swath through the norms and conventions of an advanced Western democracy, from the suspension of a state-level parliament, to the banning of protests, to military enforcement of the COVID rules.

With the Delta surge, more than half of Australians are locked down, often in response to a tiny number of cases.

Australian authorities don't fool around. State premiers have vast powers, and use them. In Melbourne, located in the state of Victoria, a curfew is in place, and limits apply to people leaving their homes. There are hefty fines for non-compliance.

The spirit of the lockdowns was perfectly captured a few months ago by the chief health officer of the state of New South Wales, who warned, "Whilst it is in human nature to engage in conversation with others, to be friendly, unfortunately this is not the time to do that."

The Australian news media might as well be an arm of the public health bureaucracy. It produces stilted and hysterical reports about lockdown violators worthy of some dystopian future.

The state of South Australia has developed an app to enforce home quarantines. As a news report explains, "The app will contact people at random asking them to provide proof of their location within 15 minutes." If they fail to do so, the health department will notify the police, who will send officers to check on the malefactor.

Unrestricted travel is a hallmark of a free society, but Australians can barely leave the country. Travel has been cut off between states, creating an arbitrary patchwork of states trying to isolate themselves from COVID cases elsewhere.

Tens of thousands of Australians have been trapped overseas, unable to come back home because of monthly limits on how many people can return.

All of this economic and social disruption and coercion hasn't been enough to stamp out the Delta variant, which is outrunning the government controls. Federal premier Scott Morrison finally admitted the obvious the other day: "This is not a sustainable way to live in this country."

Australia initially fumbled its vaccination effort, which should have been a focus all along. But now the country hopes jabbing 80 percent of the population can get it out of the lockdown box of its own making.

COVID is a serious illness, and no country has gotten everything right. Australia has proved, though, that dispensing with key elements of advanced liberal society in the hopes of total victory over the virus is foolhardy and wrong.

Australia isn't going to become a dictatorship, but this period in its national life stands as a warning for how easily core freedoms can erode in even a well-established democracy.