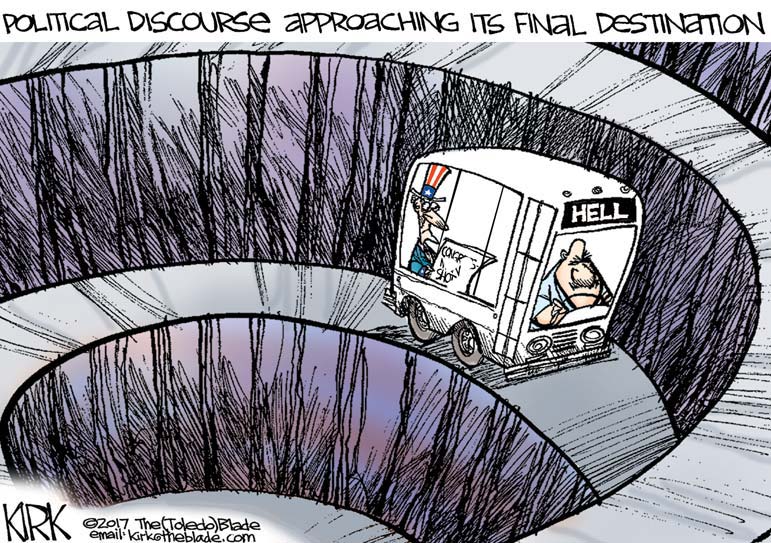 Excerpts from Bob Woodward and Robert Costa's forthcoming book "Peril" were just released. The book is apparently the latest effort to smear former President Donald Trump as a deranged lunatic. Alas, for the authors, that's not what's grabbed the public's attention.

Instead, it is the revelation that Gen. Mark Milley, chairman of the Joint Chiefs of Staff, contacted his counterpart in China, Gen. Li Zuocheng, behind Trump's back last October. According to Woodward and Costa, Milley had somehow become convinced that Trump was unhinged and was planning a nuclear attack on China. This is despite the fact that Trump is the first president since Jimmy Carter not to have gotten us into an armed conflict.

The authors claim that Milley told the Chinese general, "General Li, you and I have known each other for now five years. If we're going to attack, I'm going to call you ahead of time. It's not going to be a surprise." Woodward and Costa also claim that Milley called a meeting with high-ranking military officials on Jan. 8 of this year, during which he extracted an "oath" that they would not obey any orders from the president of the United States unless Milley was involved and approved.

And if he didn't?

These accounts have created a firestorm. Across the country, Americans are calling Milley's conduct treasonous. Republicans in Congress are calling for Milley to resign or be fired, and to face court martial.

No one's denying it. Woodward and Costa stand by their story. The Department of Defense and Milley himself have defended Milley's conduct and dismissed the uproar as an overreaction. President Joe Biden issued a statement expressing his "great confidence" in Milley.

But it's not clear that the issue is going to go away that easily. Promising to warn a hostile power of an impending attack sounds like giving "aid and comfort" to the enemy — the definition of treason under Article 3 of the U.S. Constitution. Furthermore, Milley's behavior threatened the civilian control of the armed forces that's required by the Constitution. If true, it looks like he was laying the groundwork for a military coup.

We've come to expect anti-Trump hysteria among establishment politicians. The accounts in "Peril" demonstrate the extent to which it has infected our military leadership and clouded their judgment.

Woodward and Costa's book is not the only one that exposes Milley's paranoia. Carol Leonnig and Philip Rucker released their book "I Alone Can Fix It" earlier this summer. They depict a chairman convinced that Trump was planning a coup. Milley allegedly described Trump's concerns about the fraud in the November 2020 election as a "Reichstag moment" and "the gospel of the Fuhrer." Ominously, Milley's hysteria extends to Trump voters as well; he described those attending the "Million MAGA March" as "brownshirts in the streets."

Leonnig and Rucker also reveal that Milley's delusions were fueled by clandestine conversations with Democratic House Speaker Nancy Pelosi, who described Trump as "crazy," "dangerous" and a "maniac."

What is truly dangerous is political propaganda run amok.

Politicians and political parties routinely make exaggerated accusations about their opposition. That kind of hyperbole is supposed to be tempered by the investigative work of a diligent, impartial and skeptical press — but we haven't had one for decades.

Instead, the left can create the most inflammatory and absurd accusations, and our media believes, repeats and amplifies them, fueling fear in the electorate and shameless power grabs by Democrats. When those accusations are subsequently proven false, there are no repercussions for the liars or their media mouthpieces.

Unfortunately for the Democrats, as their accusations grew more hysterical, they also became less believable. The usual level of deceit wasn't working. How do we know? The public ignored Democrats and their fearmongers in the press and gave Republicans the House in 2010 and the Senate in 2014.

That was bad enough. But then voters elected Trump in 2016.

From the time Trump was elected, Democrats in politics and the media ratcheted their manufactured hysteria up to unprecedented levels. This country has been put through the wringer based upon lies. The "dossier" that prompted a roughly $32 million investigation of Trump's "collusion with Russia" was a collection of shameless fabrications. The accusations of Trump's racism and his burning desire to turn the country into a fascist state were all lies.

Tens of millions of Americans see through these shameless tactics. But the Milley story shows what happens when those in power either believe their own propaganda or don't think they'll ever be called out for it.

It's no longer just politicians who are threatened by this behavior. Our rights and liberties as citizens are at risk. This is not idle speculation; one need only observe Democrats' words and actions.

Not a single person who stormed the Capitol in January was armed. The FBI has admitted that they can find no proof of a leader or a "plan." Hundreds of thousands of people never entered the Capitol or engaged in violence of any kind. And yet Pelosi and Democrats still call Jan. 6 an "insurrection."

Milley calls Americans exercising their right to peaceably assemble "brownshirts." The Biden administration is now using these lies to smear half the country as "white supremacists," domestic terrorists" and threats to the nation.

If they will resort to treason to take out the president of the United States, what will they do to you and me? Ask Milley. He said, "We're the guys with the guns."