The Key to Equality? Hint: It's not any derivative of collectivism 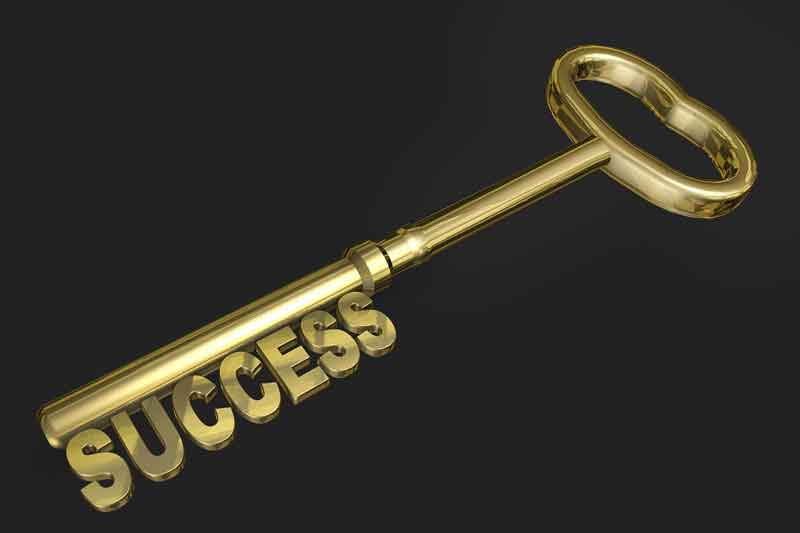 The Marxist agitators are out in force, chomping at the bit to bring about the destruction of the American way of life. They're certain they're going to get it right this time, exploiting (again) civil unrest and widespread concerns about injustice.

But notwithstanding profound historical injustices like slavery, broken treaties with Native American tribes and deplorable factory working conditions during the Industrial Revolution, Americans have stubbornly refused to flock to collectivism as a solution.

Our Constitution and emphasis on individual liberties is a big part of the answer. Another important (but less acknowledged) part is the role of entrepreneurship in the American dream.

It is so easy to start your own business here that we take it for granted. But ease of entrepreneurship contributes significantly to both individual satisfaction and societal benefit — especially wealth creation. And it isn't just about starting a business; it is about the ecosystem in which a business can grow . Scholars have produced reams of evidence tying intractable poverty in underdeveloped nations to complex, multilayered bureaucracies in governments very like those Marxists seek to install. But small-business owners have neither the wealth nor the connections to navigate government complexities or pay lawyers to do it for them. Stilted from the start, they are perennially cut off from the kind of business growth needed for economic development. Multiply that across an entire country and you end up with widespread impoverishment and little hope of improvement.

The left doesn't understand this phenomenon at all. As with so many other things, its worldview seems constrained by the experience of 19th-century Europe, where those in control of the land in agrarian economies took control of the factories in increasingly industrialized societies.

That was never the story in America, where the wealthiest individuals in our history started from nothing. John D. Rockefeller, the founder of Standard Oil (and the world's wealthiest man in his day), was abandoned by his father and raised in modest conditions by a thrifty mother. Andrew Carnegie, a steel magnate and philanthropist, was born in a one-room weaver's cottage in Scotland and immigrated to the U.S. with his family at age 13. Cornelius Vanderbilt quit school at 11 to work on his father's Staten Island ferry.

In general, the left's understanding of "business" is shamefully inadequate. But consider who the major players are: In the media, Hollywood, academia or Washington, D.C., how many have ever started their own businesses? Artists and athletes are businesses in their own right, but far too many of them blow through everything they earn. Academics work in an atmosphere where the ultimate professional achievement is tenure — which (in theory) guarantees that you cannot be fired, no matter how poor your performance. And Washington, D.C., pays most of its attention to the big businesses that can afford to spend millions on lobbyists.

Most of the left equates all business with "big business" and big business with corrupt outliers like Enron, pushing the false and tired trope that businesses only become successful by exploiting others. They ignore the millions of businesses that have become successful by providing excellent, quality products and services that people need, want and are willing to pay for.

The real story of business in American is about small, family-owned businesses and the entrepreneurs who have started them. According to the most recent U.S. census reports, out of over 34 million firms in the United States, fully 77% — about 26 million — don't employ anyone other than the owners. Of the remaining 8 million firms, the majority (65%) employ fewer than 20 people. Ninety percent of all businesses are family businesses. These small businesses matter for so many reasons: Operating them teaches financial skills, management skills and service skills, and they create wealth, not just income — something that has been a hot-button issue with African Americans for decades and is behind many of the calls for reparations.


One would think that at a time when the nation is talking about Black economic opportunity, we would be hearing more about successful Black entrepreneurs like Madam C.J. Walker, Charles Clinton Spaulding, John H. Johnson and even Oprah Winfrey, the nation's first Black female billionaire. Their stories are America's story, and what they accomplished others can accomplish as well. This is a powerful message that is being almost completely overlooked.

Entrepreneurship is truly one of our country's most diverse undertakings (that is literally what the word means in the original French). Untold numbers of immigrants have arrived with nothing and brought themselves and their families out of poverty by the businesses they started. This is still true today. In Silicon Valley, more than 50% of our high-tech "gazelles" — young companies with at least a billion-dollar market capitalization — were started by immigrants. Much smaller mom-and-pop businesses started by immigrants bringing new foods, music and arts to the public's attention. In so doing, those cultures become quintessential parts of American culture.

In other words, the economic integration is a driver of societal integration and upward mobility.

Changes to government policy are fine as far as they go. But if we want to create greater economic opportunity and equality for African Americans and everyone else, what we really need are more entrepreneurs, and more support for them to help them prosper.

That — not Marxism — is what will transform lives for the better.