Press Deceit Is a Pathology 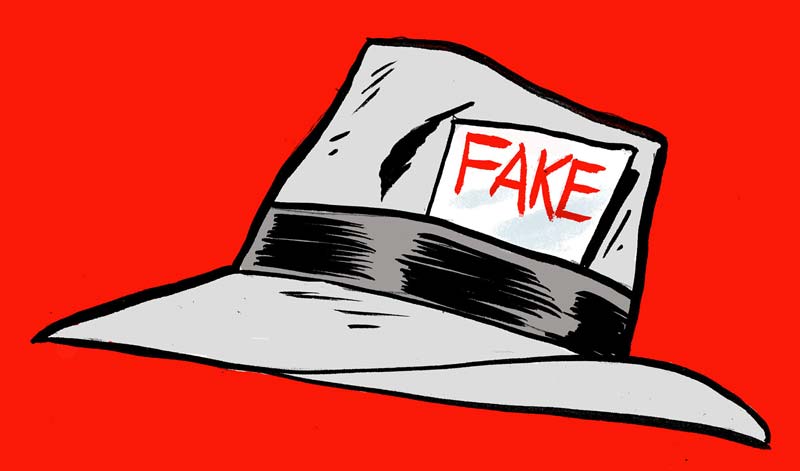 A free country depends upon an honest and vigilant press to demand accountability from the country's political, economic and cultural leaders.

We are in serious trouble; our press is neither honest nor vigilant.

To the contrary, the national media in the United States is hopelessly biased, selectively incurious and relentlessly deceitful about the most important issues we are facing today. As a result, the health of the nation is at risk. Literally.

That the press favors the political left isn't newsworthy or even debatable. That has been true since at least the 1930s, when The New York Times' official editorial position was to lie to the American public about the brutality of communism in the former Soviet Union under dictator Josef Stalin.

It is de rigueur for the media to mischaracterize — if not outright lie about — Republican or conservative political candidates and their policy positions, all the while sugarcoating, excusing and even covering up the policy failures and personal misconduct of Democrats: Franklin Roosevelt's physical health, John F. Kennedy's mistresses, Lyndon Johnson's virulent racism and other grotesqueries, Bill Clinton's Oval Office sex shenanigans and Barack Obama's litany of lies (Benghazi, deserter former Army Sgt. Bowe Bergdahl, the Iran nuclear deal, Obamacare, Hezbollah, etc.).

But the entrance of Donald Trump onto the political scene transformed the press's predisposition into a pathology. Whatever the legacy media's mission may have once been, in 2016, it morphed into opposing whatever Trump said, without regard to its truth or falsity — and without regard to the impact on the public.

If you think that statement is hyperbolic, you need only look at recent headlines.

Science writer Nicholas Wade grabbed international attention two weeks ago with a detailed article in which he explains that no evidence has emerged to support the theory that COVID-19 originated in a wet market in the Hubei province of China and jumped species thereafter. That happens to be the Chinese government's pet theory, as well as the one pushed unceasingly by Dr. Anthony Fauci, the Centers for Disease Control and Prevention and our media — to the point of silencing anyone who suggested otherwise.

To the contrary, Wade states that the information we do have tends to support the theory that the virus emerged from the Wuhan Institute of Virology, or WIV. (He admits that that theory also remains unproven.)

Wade opines that neither the Chinese nor the U.S. governments would want to tell their citizens that they were conducting and funding research that could make zoonotic viruses more transmissible to and lethal in humans. And yet, he still asks — rhetorically — why the substantial evidence "that SARS2 originated in a lab" is not "more widely known."

That question is addressed not to the government but to the press .

Plenty of people were shocked by Wade's article, but I was not among them. I was able to find the information he references a year ago : that the bats we were told carried the virus were in a Chinese region a thousand miles from Wuhan, that virus manipulation (now the notorious term "gain of function") was taking place at WIV, that our government had funded at least some of that research and that our State Department had warned about inadequate safety protocols at the WIV.

And yet, when I presented that information to well-educated friends and colleagues on Facebook and elsewhere, I was told that these were just "right-wing conspiracy theories."

Excuse me? I had scientific papers, older interviews with Chinese researchers and U.S. State Department memoranda. How does that kind of serious information get dismissed as a conspiracy theory?

Because our press says so, that's how.

Wade acknowledges as much, saying that the press's political bias blinded them to what should have instead prompted an aggressive search for the truth: "To these serried walls of silence must be added that of the mainstream media. ... One might think that any plausible origin of a virus that has killed three million people would merit a serious investigation. ... What accounts for the media's apparent lack of curiosity? ... (P)erhaps ... the migration of much of the media toward the left of the political spectrum. Because President Trump said the virus had escaped from a Wuhan lab, editors gave the idea little credence."

Wade expresses the hope that at some point, the "common sense perception that a pandemic breaking out in Wuhan might have something to do with a Wuhan lab cooking up novel viruses of maximal danger in unsafe conditions could eventually displace the ideological insistence that whatever Trump said can't be true."

But the press's stubborn opposition to anything Trump said extended not only to the origins of COVID-19 but also to treatment methodologies. When Trump repeated what he had been told about successful early intervention with the drug hydroxychloroquine, the talking points went out: Denounce it.


Even when hundreds of doctors pleaded for the use of hydroxychloroquine based on their successes with their own patients, the press attacked those physicians. So rabid was their loathing of Trump. I watched countless people repeat these denunciations as if they were gospel. And, in a dynamic we have seen play out on plenty of other issues since, social media banned anyone who tried to present any countervailing evidence.

This is beyond pathology; it is insanity. It is bad enough when press bias causes people to lose elections. This level of derangement may well have caused people to lose their lives.

There is no central organization that can hold the press to account. Nor is it clear that "we the people" hold much sway, since we can be silenced by those who control the microphones. But what is clear is that if some kind of rationality does not take hold soon, we risk losing much more than we already have.