Latino Voters in US Back a Border Wall 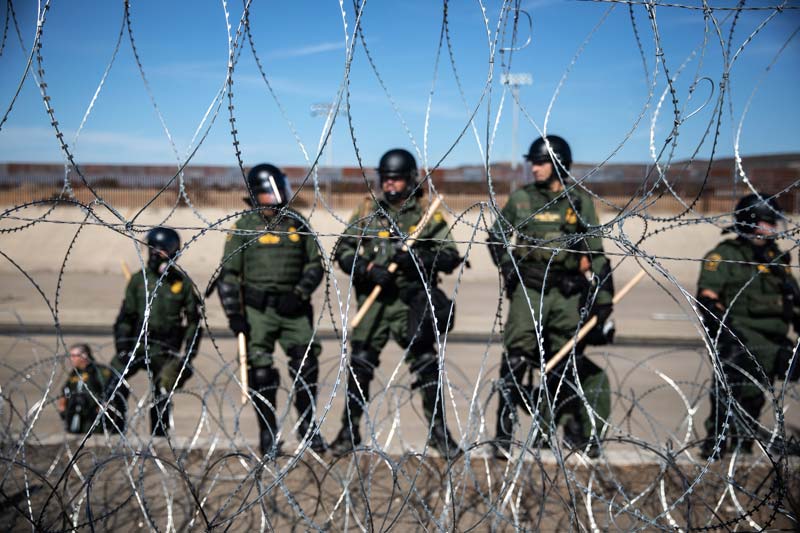 A nationwide survey of American citizens and voters of Latino or Hispanic ancestry conducted on May 16-19, 2019, shows surprising support for President Donald Trump's plan to build a wall along the southern border of the United States.

The survey, conducted by John Jordan and Opiniones Latinas, found that Latino voters back the wall by 50-42 with 29 percent strongly supporting its construction and 26 percent strongly opposing it.

The Jordan poll interviewed a national sample 1,000 U.S. citizens who usually vote in elections. One-third of the interviews, conducted on the telephone and online, were in Spanish.

While the survey found that Trump faced major obstacles in getting Latino votes in the 2020 election, it found broad support among Latinos for much of his immigration agenda.

"If Pelosi and the Democrats think that they will have solid Latino support behind them in opposing the border wall, they are grossly mistaken," said John Jordan, the sponsor of the survey who helped design it.

"On issues from building the wall to sanctuary cities to restricting benefits to illegals to e-verify programs, Latino U.S. citizens back the president's views," Jordan added.

• By 42-44, Hispanics break even on Trump's plan to offer legal status to DACA immigrants in return for building the border wall, ending chain migration and beefing up border security.

• By 46-39, they favor ending the catch and release policy at the border.

• By 65-25, they support e-verify checks to prevent employment of illegal immigrants.

• By 50-40, they favor "stopping illegal immigrants from getting taxpayer-funded food stamps, welfare, Medicaid, or health care benefits." However, by 78-16, there is broad agreement among U.S. Latinos that illegal immigrants should be given a path to citizenship and by 71-21 they say illegal immigrants who are already here should get legal status.

U.S. Latinos believe, by 58-38, that the "US is becoming too crowded and can't fit everyone who wants to come here to live."

However, when asked if they would rather have completely open borders, allowing anyone to come, or legal restrictions on who can enter the country, they break even 46-45.

The Jordan Poll asked respondents to rank the major issues facing the country. Heath care, economy and education came in ahead of immigration, cited by only 17 percent of the vote.

Democrats who see immigration as the key to Latino voters need to proceed carefully.

Dick Morris, who served as adviser to former Sen. Trent Lott (R-Miss.) and former President Clinton, is the author of 16 books, including his latest, Screwed and Here Come the Black Helicopters.