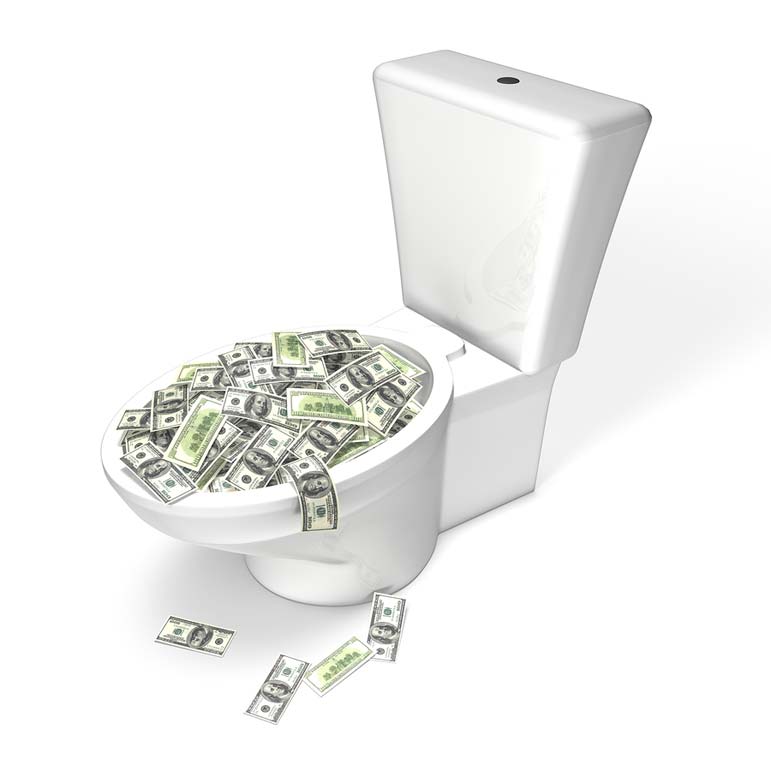 Eighteenth-century English essayist Samuel Johnson once wittily described second marriages as the triumph of hope over experience. Something similar might be said about the more prosaic subject of government loan programs for small businesses.

The Biden administration is gearing up a $10 billion lending and investing program targeting businesses in "disadvantaged" communities, using money allocated by last March's federal stimulus. This new program, getting underway now, comes on top of the $1 trillion in aid directed at small businesses throughout the pandemic (starting with the Trump administration). Reading the administration's description of the program as well as news stories about it, a naĂŻve observer might get the sense that this is an innovative attempt to shore up minority firms with government dollars. But federal agencies and local governments have spent the last 50 years funneling tens of billions of dollars into business ventures in poor communities. At best, the vast majority of this money has proven ineffective; at worst, it's been a source of government patronage and fraud. That the Biden team doesn't acknowledge that troubled past and explain why things will be better this time is an indication that such programs are more valuable as political symbolism than as real economic development.

The vehicle that the administration is using to deliver this money explains much about the way government operates. The federal bureaucracy will ship $10 billion to businesses through the State Small Business Credit Initiative, which sends money to local governments to back loans and venture-capital investments for small firms. Created by Congress to alleviate a shortage of capital in the wake of the 2008 financial crisis, the program did little to help stimulate small-business lending. That's because in the same year Congress approved the program, legislators also passed the Doddâ€“Frank Wall Street Reform and Consumer Protection Act, an effort to safeguard the banking system from failures. That law ultimately reduced incentives for banks to write small-business loans and made it more difficult for small banks, the kind most likely to lend to modest-size enterprises, to survive. That has led to a sharp decline in lending to small firms, according to an analysis published by the National Bureau of Economic Research. The federal government has thus spent the last decade subsidizing loans that the feds themselves helped kill off with new regulation of private lenders.


Even under the best circumstances, with money flowing through savvy lenders with a stake in seeing their loans succeed, providing capital to small firms is highly risky because of their elevated failure rate. When the government puts up the money, especially in service of a social cause like minority lending, the outcomes are often disastrous. If such programs worked over the years, we'd see a cornucopia of firms flourishing because of them. Instead, we only hear persistent calls for newer, bigger programs to solve the problems that the last effort failed to fix. The bigger the response, the bigger the failure.

The Biden administration, for instance, has pointed to the racial-justice movement in response to the death of George Floyd as one motivation for the new program. The feds introduced a similar minority-lending effort in the wake of riots in South Central Los Angeles in April 1992 after a jury acquitted local police officers of excessive force in the arrest of Rodney King. Using a small-business lending effort that was part of the Community Development Block Grant program, the feds designated $430 million to support business development in low-income Los Angeles communities. Criticized at first for not making enough loans (program officials protested that they were having trouble finding worthy firms), the Los Angeles CDBG effort started handing out federal money liberally, resulting in several high-profile business failures. The default rate for the program's loans was an astronomically high 30 percent, and two-thirds of the borrowers failed to live up to their commitments to use the money to add jobs in their communities. The L.A. city council closed down the program after a damning audit.

Through block-grant programs alone, the federal and state governments have funneled hundreds of millions of dollars into some urban neighborhoods, with little impact on the local economy or businesses. A 1994 study of two distressed Baltimore neighborhoods found that they had received $100 million in economic development and business aid over the past 30 years from the federal government, but that both areas were worse off after two decades of help. A 2005 series in the Buffalo News described how the city had poured some $500 million of federal aid into distressed neighborhoods, including $60 million into enterprises in Buffalo's troubled central business district, only to wind up with "a lot of bad debt and struggling businesses." Local firms defaulted on $15 million out of $18 million lent to them, the paper found.

The latest gimmick in such programs is to skip over loans that must be repaid and instead cast government as an investor, taking a flyer on promising small firms by handing over money to venture capitalists. Backers of such programs talk with starry-eyed enthusiasm about providing firms from struggling neighborhoods with the same kinds of injections of capital as a young Apple or Microsoft once garnered. But VC investing is a highly risky endeavor in which one in ten — or fewer — bets pay off. Government efforts at it have been no more impressive than loan programs, and the impact is often minuscule. An analysis of a Wisconsin state VC program, the Badger Fund, found that investments in local firms yielded about 100 jobs at a cost of $80,000 per position.

These government-lending programs persist because they rarely come with tangible goals, and even when they do, the press and politicians rarely hold them accountable for results. Few examples exist of these programs producing a noticeable uptick in jobs or reduction in poverty in neighborhoods they target. Failure simply begets new programs — and new failures.

If a private-sector lender with limited resources operated this way, these programs would have long ago bankrupted it. By contrast, the $10 billion Biden program, financed by a federal government that uses borrowed money to pay for every new initiative, is not much more than a rounding error in the trillions of dollars of Covid stimulus. Still, the way politicians and the press treat each successive lending effort so uncritically, as if the intention should be applauded and the outcomes ignored, is insidious.

The result: 50 years of failures brushed aside, and each new effort promoted as if government has the answers, when it clearly doesn't.

Steven Malanga is George M. Yeager fellow at the Manhattan Institute and senior editor of City Journal, in which this first appeared.

Previously:
• 12/14/20 Racist Interstates? Revamping some of the national highway system makes sense --- but basing those decisions on vague notions of social justice is not the way to do it
• 06/15/20: Why Can't Big City Dems Reform the Police?
• 01/29/20: Equity Warriors? Municipal and school officials nationwide are pushing new controversial programs to boost minority outcomes
• 01/10/20: Unjust Deserts: Cities move to ban dollar stores, blaming them for residents' poor diets
• 08/26/19: I Apologize For This Article: It's un-American not to . . .
• 08/20/19: The Cost of Bad Intentions: Progressive policies threaten a new era of urban dysfunction
• 01/21/19: Shutdown flimflam becomes unintenional(?) parody
• 01/15/19: Making 'Porch Pirates' Walk the Plank: The rise of package-pilfering sparks a YouTube video sensation and talk of harsher penalties for perps
• 04/05/18: The Grandparent Trap: The growing list of movies, TV shows, and books about granddad and grandma raising the kids reflects a dismaying trend in America
• 02/12/18: Here's a Commentary That We Need Right Now
• 01/11/18: Hallmark TV's competitive advantage: Its traditional, family-friendly programming serves the Trump voter