Why Dems won't get their way on immigration 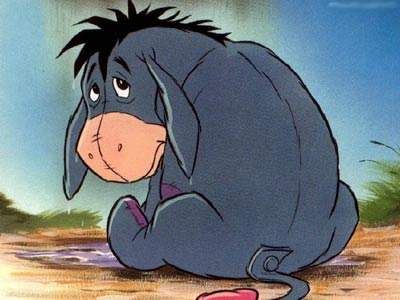 As a right-leaning libertarian, my heart goes out to liberal pundits right now, who face the unenviable task of explaining to the Democratic base that they are probably not going to get very much of what they want on immigration. This is going to be a deeply unpleasant experience, and I feel their pain.

I have walked a mile in their shoes, and boy, were they uncomfortable.

You see, in 2010, Republicans reclaimed control of the House of Representatives. Having made extravagant promises to go to Washington, shrink government and repeal Obamacare, the new representatives set out trying to find a way to keep their promises. Unfortunately, it turned out that there wasn't actually any way to do so, given that Democrats still controlled the Senate and the presidency.

The base does not spend a lot of time thinking about the elegant checks and balances built into our constitutional design. They didn't want to hear "Gosh, well, it turns out politics is a lot harder than it sounded when I was an orthodontist!" They wanted a smaller government, lower taxes and 100 percent less Obamacare, just like they were promised. Desperate conservative representatives decided that they would try to force Democrats to give them what they wanted by using the only leverage they did have: the looming need to reauthorize the debt ceiling so that the federal government could continue doing what it does. No concessions, they said, no hike in the debt ceiling.

This plan was -- for want of a better word -- moronic.

If you hold a mere one-third of the centers of federal power, you cannot expect to govern as if you hold all three. You will emerge from the standoff with even less political capital than you had before.

The Republican base who wanted smaller government and an end to Obamacare shouted: "What else are we supposed to do?" The informed response -- "accept that there is no way to get what you want right now" -- was universally unpopular.

So the Republicans in the House did it again in 2013, shutting down the government and distracting the news cycle from the early failures of the Obamacare exchanges.

And you know who sounds eerily like the conservatives who were yelling at me in 2011 and 2013? The Democratic base right now.

I confess that on Monday, I thought that the Democrats had actually managed to do a shutdown right. They closed down the government over a weekend, allowing them to tell their base that they had fought the good fight, without actually dragging things out so long that the rest of the country would notice.

But the shutdown seems to have merely whetted the activist base's appetite for more -- and worse, convinced them that shutdowns are a good way to get it. Since the resolution of the shutdown was only a short-term funding measure, with another vote coming in a few weeks, it looks as if they are primed to demand a repeat.

All the same arguments are being dragged out that I waded through in 2013:

• Polls show that relief for people brought here illegally as children is popular, so Republicans have a duty to voters to do this.

• There are lots of people in Congress who would like to vote for DACA (and never mind whether those folks are a majority of the majority party, who get to set the legislative agenda).

• Therefore this is all the fault of Mitch McConnell (or Donald Trump, or both), so why are you trying to blame us?

• If it weren't for their venality and dithering, we'd already have passed a permanent solution for DACA!

To those people, I offer the same real talk I proffered to tea partiers in 2011 and 2013, in the hopes that I can pre-emptively spare my leftier brothers-and-sisters-in-ink some screaming. To start with: you lost the election. You lost a bunch of elections, in fact. As a result, you do not have control of the political offices that have the power to make your political desires manifest in real policy.

It doesn't matter whether your cause is just, right or economically sensible. This is politics, not kindergarten, and being right does not, by itself, generate the means to your ends. If you want to get something done, you are going to have to induce a sufficient number of fellow voters to vote for politicians who favor your policy. Throwing a tantrum and shutting down the government because you aren't getting what you want is very, very, very unlikely to make those voters think "Now there's someone I trust with the future of my country!"

Do you think that horrible people are getting away with something horrible, something terribly unjust, by abusing the power they won at the last election? My friend, welcome to representative democracy.

Do you think that a smart negotiator ought to be able to get more than the weaklings in party leadership seem to be able to? Negotiation is not primarily a matter of smart tactics; it is a matter of who has the best fall-back plan -- the superior Batna, or "best alternative to negotiated agreement." In 2011 and 2013, that was the Democrats; in 2017, it is the Republicans. And in both cases for the same reason: because if Congress does nothing, they get something they want, and lose nothing. The party that comes out ahead even if there is no deal is always going to walk away from the negotiating table with more of what they want than the party who needs a deal just to stay even.

You may have seen movies where that is not the case -- where a clever talker or deft strategist somehow overcomes the odds to win a surprise victory over a much stronger opponent. Look around you and observe that you are not surrounded by people of unusual pulchritude who speak in uncannily complete sentences. This tells you that you are not living in a movie; there is no screenwriter who can force the villain to give the audience what it wants.

Since you are not in a movie, and not in a position to demand that your opponents do what you think is right, you are going to have to make some concessions to reality. Stop pushing your politicians to deliver the impossible and start making it possible. Charm your fellow voters with the rightness of your ideas and the purity of your intentions. Get more Democratic politicians elected. But don't try to substitute amateur dramatics for serious politics. Because neither you, nor the country, will benefit from another silly season of this drama.