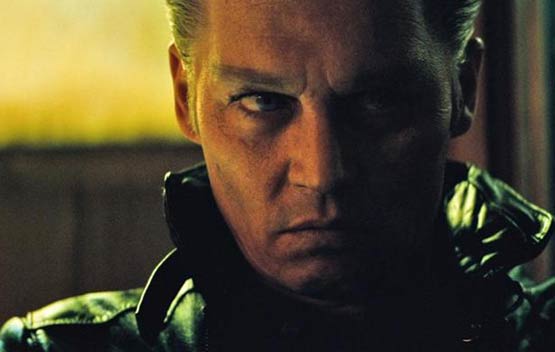 Johnny Depp as James'Whitey' Bulger in the 2015 film 'Black Mass.'

On the Jewish calendar, Wednesday was Yom Kippur, the Day of Atonement. It marks the culmination of the Days of Awe, the solemn period of introspection that began 10 days ago on Rosh Hashanah, the Jewish New Year. Like many Jews, I have been thinking about the themes of this season — repentance and forgiveness, wrongdoing and reconciliation.

More precisely, about some things Depp said at the Boston premiere of "Black Mass," the new film in which he plays the gangster James "Whitey" Bulger. Speaking to reporters before the screening at the Coolidge Corner Theatre in Brookline — on the afternoon of Rosh Hashanah, coincidentally — Depp was at pains to emphasize the human qualities of the serial killer he portrays in the film.

Bulger was convicted in 2013 of involvement in numerous murders and sentenced to life imprisonment. But Depp said his priority as an actor "was to understand him first and foremost as a human being." He described Bulger as "a man of honor" toward those he loved, and rejected the notion that he was innately wicked.

"Everybody, especially the families of his victims, could say: 'He's just an evil person.' I don't believe that exists," Depp said. "People have their humanity. . . . There's a side of James Bulger who is not just that man who was in that business."

Depp's comments offended many, especially those whose loved ones suffered at Bulger's hands. In fairness, the Hollywood star was talking about his technique as an actor and his approach to the role of a notorious monster. Perhaps some of his remarks should have been saved for an acting class rather than the red carpet.

Nevertheless, Depp is right: Bulger must not be seen as wholly evil, devoid of any grain of goodness. That is a crucial moral point, regardless of acting style and character preparation.

"Surely there is not a righteous man on earth who does good and never sins,"declares Ecclesiastes. The opposite is equally true: No one is absolutely evil, incapable of behaving with kindness or decency. Not Whitey Bulger. Not Charles Manson. Not Jeffrey Dahmer. Not the worst murderer or rapist or torturer.

To insist that even the most depraved criminals are human beings is not to downplay their depravity or to minimize the evil they commit. On the contrary: It is to affirm their responsibility for the damage they wreak and the pain they inflict. It is to underscore that they are morally responsible agents endowed by G0D with free will, and that they, like all of us, are answerable for their choices.

Men and women are not cancer cells or rattlesnakes or tidal waves, killing and destroying willy-nilly. We are not robots, programmed genetically to be good or bad, honest or crooked, kind or cruel. We choose. And our choices have consequences.

Bulger wasn't hardwired to steal and murder. Every time he did so he made a choice. The proof is all the times he could have stolen or murdered, but didn't.

"We must believe in free will; we have no choice," said the novelist Isaac Bashevis Singer. In that paradox lies the essence of our humanity. It isn't DNA or economics or the stars that determine character. We determine it. Absent free will, there would be no saints or sinners, only automatons.

Bulger was no automaton. None of us is. Which is why we can always aspire to be better, and repent when we have been worse.