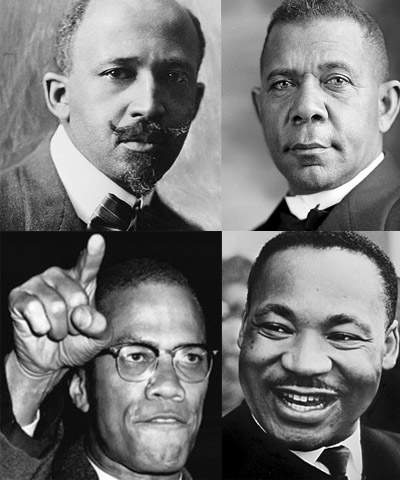 Eager to do her part to demonstrate "solidarity with Black Lives Matter," the chair of the English Department at Rutgers University, Rebecca Walkowitz, recently sent a 3,400-word email on the subject to staff, students, and faculty members.

Her message went into considerable detail to describe the "ongoing and future initiatives" that are planned to "create and promote an anti-racist environment," to eradicate "the violence and systemic inequities facing black, indigenous, and people of color members of our community," and to "cultivate critical conversations [on] state power; racism; violence; white supremacy; protest and resistance; and justice."

Most of these "initiatives" have little or nothing to do with English. Much of the email is filled with rhetoric about "equitable and diverse hiring" and "supporting black-owned businesses" and "engaging students in conversations about race" — all of it standard race-conscious boilerplate that could just as easily be copy-and-pasted into a similar email from the heads of the Anthropology, Molecular Biology, or Psychology departments.

But Walkowitz has found some means to incorporate "anti-racism" specifically into how Rutgers teaches English writing and grammar. Several seem to involve downplaying the importance of proper English writing and grammar. For example, one of the ways the Rutgers English Department is planning to improve its Writing Program is, in the memo's words, by "incorporating ' critical grammar' into our pedagogy." And what exactly is "critical grammar?" Walkowitz explains:

"This approach challenges the familiar dogma that writing instruction should limit emphasis on grammar/sentence-level issues so as to not put students from multilingual, non-standard 'academic' English backgrounds at a disadvantage."

Got that? There's more: The new grammar curriculum "encourages students to develop a critical awareness of the variety of choices available to them w/ regard to micro-level issues in order to empower them and equip them to push against biases based on 'written' accents."

It takes years of graduate school and an advanced degree to be able to reduce English prose into something so impenetrable and opaque, but Walkowitz's memo appears to be assuring students — or at least students from "non-standard" backgrounds — that the failure to master standard English grammar will not be held against them, since it is more important for the Rutgers Writing Program to help students "push against" the traditional bias that favors proficiency in the rules and forms of English writing.

All this may advance the process of what Walkowitz calls "decolonizing the Writing Center," but it is not likely to ensure that Rutgers students who major in English acquire a reputation for clarity and elegance of writing.

In My Early Life, Winston Churchill's memoir of his first 30 years, the future prime minister recalls with deep appreciation his grade school teacher Mr. Somervell, who taught his charges to write English "as no one else has ever taught it." Churchill recalled his teacher's method:

Mr. Somervell had a system of his own. He took a fairly long sentence and broke it up into its components by means of black, red, blue and green inks. Subject, verb, object: Relative Clauses, Conditional Clauses, Conjunctive and Disjunctive Clauses! Each had its color and its bracket. It was a kind of drill. We did it almost daily. . . . I learned it thoroughly. Thus I got into my bones the essential structure of the ordinary British sentence, which is a noble thing. And when in after years my schoolfellows who had won prizes and distinction for writing such beautiful Latin poetry and pithy Greek epigrams had to come down again to common English, to earn their living or make their way, I did not feel myself at any disadvantage. Naturally I am biased in favor of boys learning English. I would make them all learn English: and then I would let the clever ones learn Latin as an honor, and Greek as a treat. But the only thing I would whip them for would be for not knowing English.

Today, of course, Rutgers and its champions of "critical grammar" would regard Churchill's emphasis on acquiring "the essential structure of the ordinary British sentence" as a primitive abomination. John F. Kennedy said of Churchill that he "mobilized the English language and sent it into battle"; there is little question that the power of Churchill's well-wrought English rhetoric helped save Western civilization in one of its darkest hours. (The power of that prose also earned Churchill the Nobel Prize for Literature in 1953.)

But English Department chairmen in 2020 have more important goals than mere excellence in English. The achievement of an "anti-racist" classroom takes precedence over everything else, including elevating the skills and knowledge of students who struggle with standard English.

"In short," observes David Bernstein, a university professor and head of the Liberty & Law Center at George Mason University,

the Rutgers English Department wants to make sure that students who come to Rutgers with a poor grasp of standard written English not only remain in that state, but come to believe that learning standard English is a concession to racism. I remember when keeping "people of color" ignorant was considered part of white supremacy.

All this reminds me of the national uproar that was triggered in the 1990s, when school boards in Oakland and Los Angeles decided that black English should be recognized as a distinct language — "Ebonics" — and used in classrooms, much as students from Spanish-speaking homes were to be taught in Spanish. "Debate rages over whether Ebonics is a language or just slang," reported Kate Zernike, who was then The Boston Globe's education reporter. "But either way, Ebonics isn't simply about words. It's a philosophy, one where teachers preach about 'raising motivation,' 'reducing anxiety,' 'removing barriers,' and 'affirming self-concept.' More than anything, this is the highest crest of the self-esteem movement."

There was just one problem, which the Globe documented: "There is absolutely no hard evidence it works." In the Los Angeles school system, test scores at schools with Ebonics programs were plunging. But to the true believers, it was more important to validate the legitimacy of the ill-developed language skills the students brought with them to the classroom than to help those students achieve proficiency in standard English diction, grammar, and pronunciation before their time in classrooms came to an end.

As many commentators pointed out at the time, Black English — Ebonics — is not a language but a dialect. "It is a dialect we love, one that warms us, comforts us, and gives us community," wrote the black poet Patricia Smith, who was a Boston Globe columnist. "And I wish I could say that we couldn't care less how it sounds to the rest of the world."

But those of us who are bi-dialectical learned from people who did not speak the way we did. We listened to teachers, many of whom themselves had dialects, and our brains worked and we grasped concepts and ideas and theories. As black kids, we were introduced to a world we had to enter in order to survive, and then we were offered the tools to get there. What they're saying in Oakland is that those kids are too dumb to learn the way we did, and that's insulting.


I didn't grow up in a community that spoke Black English. Instead I was surrounded by grown-ups who spoke the heavily accented, nonstandard English of Eastern European immigrants. Many were like my father, a refugee from Czechoslovakia who immigrated to America in 1948. The only English he knew when he arrived were the words he had picked up on the boat coming over. But like millions of immigrants before him, and like scores of others he met after settling in Cleveland, he made learning English a priority.

Two nights a week he would take the bus to a public high school that offered English classes, and on a third night he would attend another English class at the Jewish community center. To practice their confusing new language, my father and a number of fellow immigrants formed a New Americans Club, which organized Sunday outings during which everyone was expected to speak English. His grammar never became perfect, and he never lost his accent, but for the past 70 years English has been my father's primary language.

America in the '40s and '50s didn't make life easy for non-English speakers, a fact for which I am enduringly grateful. My father was forced to learn English; it was the prerequisite to American life. I don't know that he would have been as diligent about getting on that bus three nights a week if Cleveland's banks had provided Slovak-speaking tellers, or if government forms could have been completed in Hungarian, or if there had been a "Press 2 for Yiddish" option when he had to contact the phone company or a utility. (My father was fluent in all three.) Not learning English wasn't an option. My father had to acquire the common American tongue. His life has been better for it, and so, consequently, has mine.

The Rutgers English Department trumpets its adoption of "critical grammar" as an expression of its commitment to "anti-racist" education. I'm sure it is sincere and well-intended. But will it enhance its students' lives? Or will it do the opposite?