We Have an Identity Problem 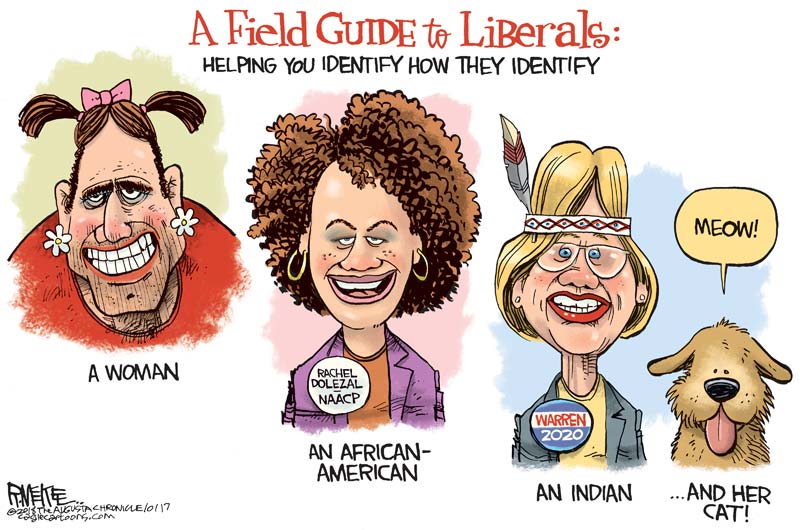 According to a recent report in The New York Times, Health and Human Services Department officials have been circulating a proposal to define sex. Their memo says, "Sex means a person's status as male or female based on immutable biological traits identifiable by or before birth." They add, "The sex listed on a person's birth certificate, as originally issued, shall constitute definitive proof of a person's sex unless rebutted by reliable genetic evidence."

What's an open-and-shut case in biology can become confused in the political/social arena, particularly when one's sex is referred to as one's gender. By the way, before modern times, the term gender was used solely when referring to the grammar of some languages, such as French, in which nouns and pronouns are masculine, feminine or neuter and require words syntactically associated with them. Gender has become completely disassociated with biological reasoning.

For example, in the past when a person signed up for a Facebook account, "male" and "female" were the only options. In 2014, Facebook introduced 50 gender options, including intersex, gender nonconforming, non-binary and androgynous (http://tinyurl.com/y9sb3a3j).


In addition to the muddying of waters about one's sex, race has become muddied. Sen. Elizabeth Warren has long claimed that she has Native American heritage. Harvard University and the University of Pennsylvania saw her as making a contribution to their law schools' racial diversity agenda by being on their faculties.

Recently, many doubted her heritage and lampooned and harangued the Massachusetts Democrat as "Pocahontas." (She also has been dubbed Lieawatha.) Warren's recent effort to settle the issue through DNA analysis blew up in her face. She is only between 1/64th and 1/1,024th Native American.

This new liberal agenda allowing flexibility in determining one's identity was used by Rachel Dolezal to land a job as president of the Spokane, Washington, office of the NAACP and to become a professor of Africana studies at Eastern Washington University.

Dolezal was born Caucasian but chose to be a black person; she was outed by her white parents. The NAACP defended Dolezal, saying, "One's racial identity is not a qualifying criteria (sic) or disqualifying standard for NAACP leadership."

By the way, as far as Dolezal is concerned, she's still a black person. She has a new legal name, Nkechi Amare Diallo, which means "gift of G od" in Ibo.

You might ask, "Williams, what's the problem? This is America, and people are whomever they say they are." Here's something for you to consider: For males between the ages of 17 and 21 to pass the Army's fitness test, they must do 35 pushups, do 47 situps and run 2 miles in 16 minutes, 36 seconds. Females in the same age group pass the fitness test by doing 13 pushups, doing 47 situps and running 2 miles in 19 minutes, 42 seconds

Would it be OK for males who cannot meet the male requirement to claim that they are females?

Suppose a man is convicted and sentenced to a 10-year term at California State Prison, Corcoran. Should he be able to claim that he is a woman and be allowed to serve out his sentence at the California Institution for Women? Before the U.S. Supreme Court is the case Students for Fair Admissions v. Harvard.

The plaintiffs allege that the university's admissions office discriminates against those of Asian descent. Those Asian students, with off-the-charts SAT scores, could have easily avoided anti-Asian discrimination simply by claiming that they were black or Hispanic.

Who at Harvard would have dared challenge their racial claim? After all, it's politically incorrect on college campuses to suggest that one's skin color, one's eye shape or the sound of one's voice indicates his or her race.

With privileges being determined by race and sex, we need something like South Africa's apartheid-era Population Registration Act of 1950 to define in clear terms who belongs to what race and what sex and thereby prevent race and sex fraud.