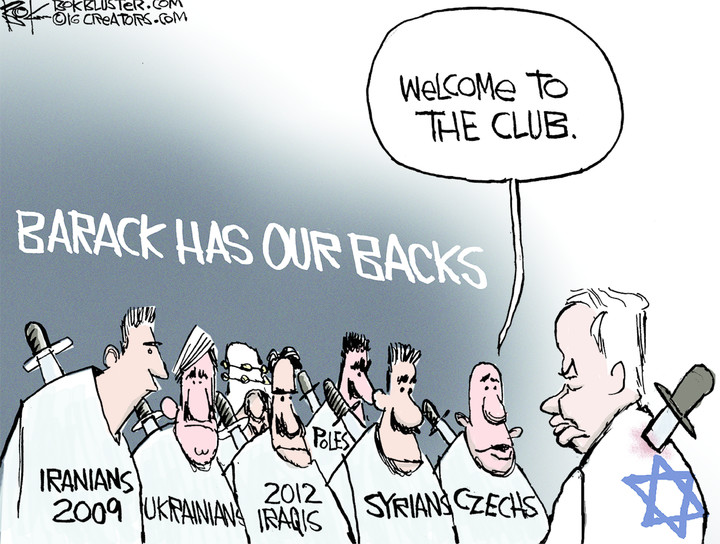 A headline that would become famous appeared in the in after then-President denied federal assistance to spare the city from bankruptcy. It read: "Ford to City: Drop Dead."

President Obama has told much the same. By instructing his U.N. ambassador not to veto a resolution condemning for building so-called settlements on disputed land, the president has aided and comforted that nation's enemies. The abstention will inevitably invite stepped-up attacks against Israelis, as well as calls for more boycotts by the , whose ugly anti-Semitic past and present is well documented.

In the , symbols can be more important than substance, and this symbolic act will send a strong message to enemies.

Israeli Prime Minister called the resolution a "shameful ambush" and "distorted," noting, "It states that the Jewish quarter and Western Wall (in ) are occupied, which is absurd." Netanyahu, who has had a tense relationship with President Obama, suggested he expects better relations between the and after becomes president.

Netanyahu likes to cite history to show how the Jews were in the land long before Arab peoples showed up and started rewriting the past to the point that it belongs in the fiction section of bookstores.

What makes anyone think that what does, or does not do, has any effect on the behavior and declared religious mandate of those dedicated to eliminating the country and killing and/or expelling every Jew from it? Did unilaterally relinquishing bring closer to peace? It did not. Instead, it invited to use the region as a launching pad for terrorist attacks. It is the same with agreements between Palestinian and Israeli leaders. released terrorist prisoners and got more terror. gave up land and got more terror. Only the deliberately blind and deaf who refuse to believe the stated and repeated goals of Palestinian leadership and much of the Arab world (and ) to eliminate still think that the key to peace and stability lies solely with that country.

Only the self-deluded think the establishment of a separate Palestinian state will result in peace. Such a state would most certainly be used as a base for a modern "final solution" against .

What kind of state would the Palestinians establish? Their leaders have already said it would be one without Jews. Netanyahu noted that in any other scenario this would be seen as "ethnic cleansing," but because much of the world hates Jews and is embarrassed by and its prosperity, it applies a different standard to the Palestinians.

The late Israeli Prime Minister once told me that while needs friends, it could never fully trust any nation for its security. The Obama administration's refusal to veto the U.N. resolution is more proof he was right.

Sen. (R-S.C.) says he will ask to stop sending money to the U.N. until the resolution is repealed. His proposal is gaining support among some pro- Democrats. Netanyahu has announced the termination of programs and aid to nations that voted in favor of the resolution and recalled some of his country's ambassadors from those states.

At a time when Jews the world over are celebrating and the miracle of lights, has attempted to turn out the light on the Jewish state. will survive, because it has survived worse than a U.N. resolution, but the action will only encourage her enemies, which include every nation that voted for this resolution and engaged in boycotts of Israeli products and businesses.

The prophet Isaiah wrote: "Speak tenderly to " (Isaiah 40:2). The Psalmist said: "Pray for the peace of " (Psalm 122:6). In his final insult to , President Obama has spoken harshly and ensured there will be more war, not peace. The Nobel committee should demand he return his prematurely awarded Peace Prize.