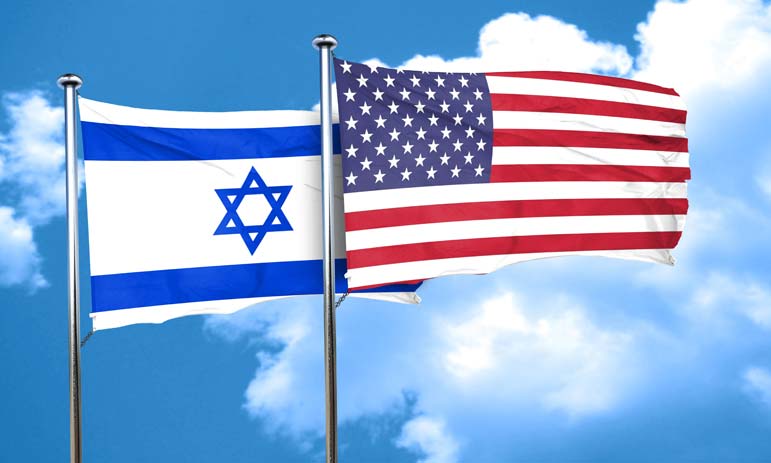 The consensus in is that the relationship between the Jewish state and is going to improve in a Trump administration, says former Israeli ambassador to the U.S., .

On a recent visit to , Shoval told me that he believes and his cabinet picks so far have a more "realistic" view of the than President Obama, who from his first days in office, "perhaps before, believed it was his calling to fix once and for all, all matters between the U.S. and the Arab and Muslim worlds, as expressed in his speech. ... This gives Trump in the hearts and minds of more than a few Israelis a head-start."

Shoval said he believes the issue of a Palestinian state -- the objective of U.S. foreign policy over several administrations -- has become less concerning than the regional and international threat posed by a nuclear . He likes recent statements by secretary of defense-designate Gen. about the way forward in dealing with an unstable , believing Mattis recognizes that as important as it is to defeat ISIS, the real threat in the is .

It's not only the nuclear deal that bothers Shoval, though he believes will eventually have a bomb, unless it is stopped. It is also bothersome that continues with its terrorist activities, subsidizing anti-American and anti- groups around the world because radical mullahs think their god has ordered them to do so. That makes any kind of diplomatic agreement with nations regards as "infidels" impossible.

Even when the battle for is over and victory has been declared over that ISIS stronghold, Shoval believes, "what it really will mean is that the Iranians and the Shia are going to be the real victors. They will continue their attempts to build a territorial corridor all the way to the Mediterranean along with , which is not only a threat to , but also something the so-called moderate Arab states look at with a great deal of concern."

Shoval says he hopes the incoming Trump administration realizes that cannot be a partner with in the "even if from time to time it seems like that because of what's happening in . Ultimately, is a great danger."

People like former President have a different worldview. In a recent op-ed for The , Carter called on President Obama to recognize a Palestinian state before he leaves office. Carter also called on the UN to pass a resolution setting the parameters for "resolving the conflict."

I believe in miracles, but for the UN, or anyone else, to resolve a conflict in which one side thinks it has a heavenly mandate to destroy the other is not where most people would see as a good starting point for conflict resolution. Carter continues to trade off his one success -- the peace agreement between and . But getting one thing right with a unique combination of leaders, one of whom -- -- was assassinated by Islamic fanatics for making peace with , is like an astrologer wanting credit for one prediction that came true while ignoring hundreds that didn't.

Shoval disagrees with those who think the Israel-Palestinian status quo is not sustainable. He believes it is, otherwise a Palestinian state "would mean and would be just 20 minutes away" from and in a position to overwhelm .

In his book, "The Field of Fight," , Trump's pick to head the , writes about President Obama: "I find it simply incredible that an American president should believe a strategic alliance with to be more attractive than our traditional embrace of . Our new leaders need to reverse that, pronto. We will need if we're going to defeat the radical Islamists, and above all, the Iranians."

This is the opposite of wishful thinking.