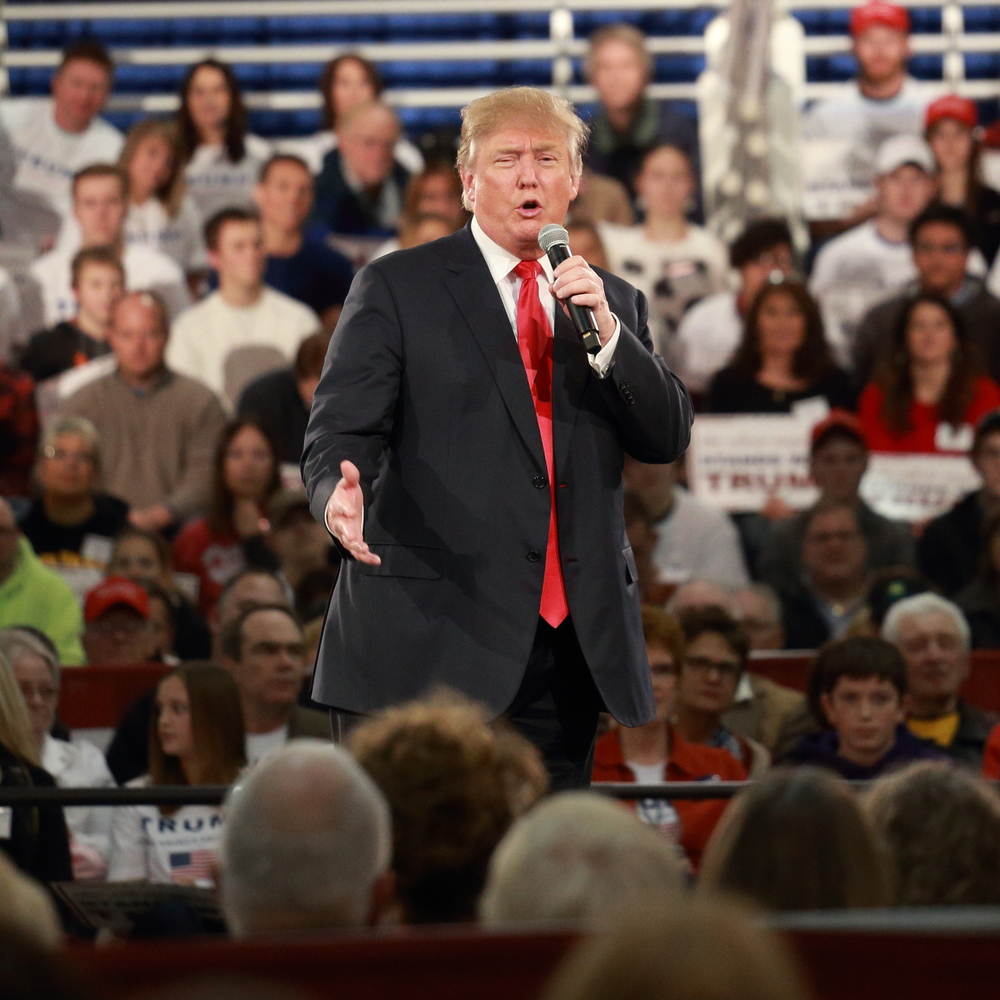 Last Saturday, delivered a speech in , that he should have given much earlier in the campaign, minus the usual threats against women who have accused him of sexual assault.

The speech, which was probably written for him because "deep" and "thinker" are likely not the first two words that spring to mind when you hear the name Trump, set out an agenda for what he promises to do should he be elected president.

Trump's promises were divided into three sections. The first action, he said, would "clean up the corruption and special interest collusion in "

Trump would impose a hiring freeze on all federal employees, reducing the workforce through attrition. The military, public safety and public health would be the exceptions. That's possible.

Trump wants to institute a five-year ban on and congressional officials becoming lobbyists after they leave government service and also proposes a lifetime ban on officials lobbying on behalf of a foreign government. He also favors a complete ban on foreign lobbyists raising money for American elections. These proposals also might work, but will require public pressure on to achieve.

Trump also proposed "seven actions to protect American workers." These include his familiar promise to renegotiate NAFTA, or withdraw from it. As for the , he would pull out completely with no renegotiation.

would be declared a currency manipulator, which it is, but has Trump considered the response from , which holds an enormous amount of American debt?

Trump wants to list restrictions on energy producing entities and finish the Keystone pipeline, which has been blocked by the Obama administration, despite numerous studies showing there would be little or no environmental impact.

Trump would also cancel billions in payments to U.S. climate change programs and use the money to fix America's water and environmental infrastructure. Good. Polls show climate change is not high on the list of public concerns and many believe the "science" to be manipulated, even bogus.

On national security, Trump promised to "cancel every unconstitutional executive action, memorandum and order issued by President Obama." Why not? Obama did the same with many of executive orders.

Trump again promised to name judges to federal benches, including the , "who will uphold and defend the Constitution of ."

He would cancel all funding to sanctuary cities where illegal aliens are being sheltered. And Trump would capture and deport illegal aliens who commit crimes and cancel the visas of countries that refuse to take them back. That would be popular and difficult for Democrats to oppose. He again pledged "extreme vetting" of people from countries where terrorism is a major export.

There's more, including tax cuts for corporations to create jobs and bring back companies and their tax dollars from overseas, as well as school choice to help especially poor children escape failing schools.

Like them, or not, these are substantive ideas. Is it too late for voters to digest them and possibly for those undecided, or against Trump, to swing toward him and away from the big government promises of ? We'll know in less than two weeks.