Dirty tricks: Then and now 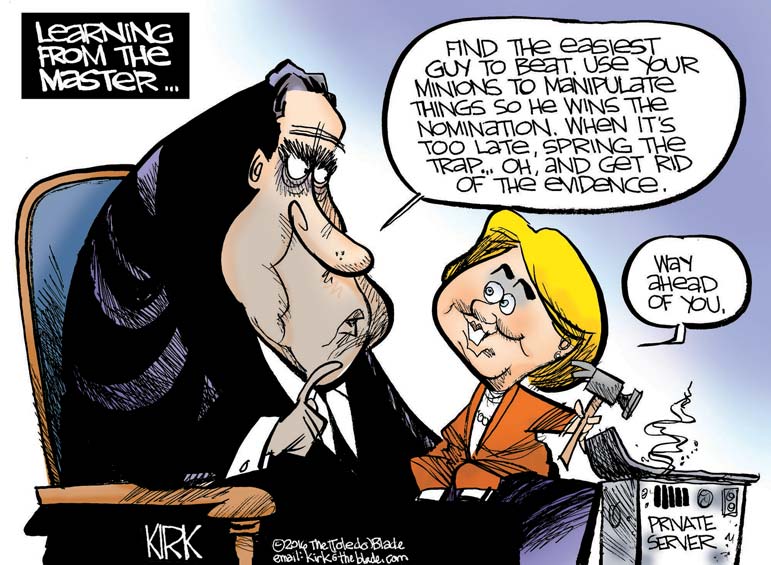 Students of the Watergate era (or those old enough to have lived through it) will recall the "dirty tricks" played by henchmen, most notably . Segretti, who was hired by Nixon's deputy assistant, , was tasked with smearing Democrats, including senator and 1972 presidential candidate, of . Among several "tricks," Segretti composed a fake letter on Muskie's letterhead falsely alleging that Sen. Henry "Scoop" Jackson (D-WA) had fathered a child with a 17-year-old girl.

I mention this sordid history because some Democrats are playing similar "dirty tricks" on Donald Trump.

Videographer James O'Keefe and his Project Veritas and columnist have exposed Democratic dirty tricks in this presidential campaign.

O'Keefe's videos purport to show Democratic activists, allegedly hired by the party, describing tactics they use to deceive the public. The most notable comes in a clip in which , national director at Americans United for Change, tells of hiring people to demonstrate and even start fights at Donald Trump rallies. The objective was to encourage the media to treat the disturbances as spontaneous responses to Trump's rally rhetoric, which some lefties called "hate speech." Predictably, the media, especially , which gave the disturbances nonstop and repetitive coverage, bought this narrative and willingly spread it without investigating the background of the disruptors. That's probably because the resultant free-for-alls fit the left-leaning media's narrative about Trump.

The equally predictable response from the left was that the videos must have been edited. operatives and deny any knowledge of such tactics. Do you really expect them to admit it?

In an column for National Review, Kurtz reminds us that these tactics are straight from the mind of the late "Rules for Radicals" author and community organizer, , a pen pal.

Another of O'Keefe's videos is of , an Alinskyite from , an experienced community organizer and a man who, according to Breitbart News, visited the 340 times and on 42 of those occasions met with President Obama. Creamer admits to being the brains behind hiring and paying for Trump disruptors. He was also sentenced to five months in prison for bank fraud and a tax violation.

While in prison, Kurtz writes, Creamer authored a book titled "Stand Up Straight! How Progressives Can Win." In it, he instructs his fellow lefties how to handle conservatives: "In general our strategic goal with people who have become conservative activists is not to convert them -- that isn't going to happen. It is to demoralize them -- to 'deactivate' them. We need to deflate their enthusiasm, to make them lose their ardor and above all their self-confidence. ... [A] way to demoralize conservative activists is to surround them with the echo chamber of our positions and assumptions. We need to make them feel that they are not mainstream, to make them feel isolated. ... We must isolate them ideologically ... [and] use the progressive echo chamber. ... By defeating them and isolating them ideologically, we demoralize conservative activists directly. Then they begin to quarrel among themselves or blame each other for defeat in isolation, and that demoralizes them further."

Creamer is not alone. has long funded various groups who engage in similar tactics of disinformation, even violent behavior. Neither the mainstream media, nor Republicans, have sufficiently exposed these dirty tricks and their intent to swing elections toward the Democratic candidate. Federal authorities -- from the compromised FBI, to higher ups in the -- won't do anything about it either, mostly because they back presidential candidacy.

And somewhere is shaking his head.