Can that 'national conversation on race' we're supposed to be having be accomplished by a taped TV show? 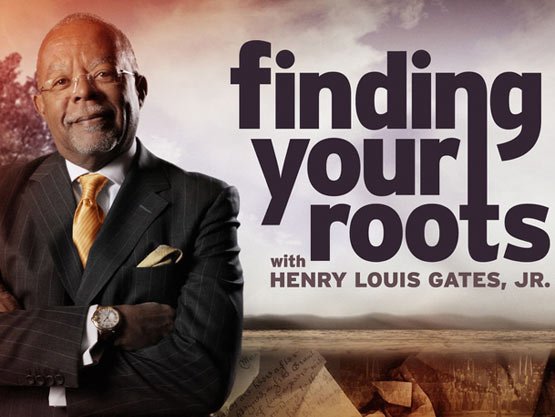 From 1948 to 1961, there was a show called "This Is Your Life," hosted by . In it, an unsuspecting celebrity was lured to a place by a friend or family member where Edwards would surprise them. People from the celebrity's past would then come out one by one and tell stories of the celebrity's early life.

A modern-day version of that program is "Finding Your Roots," the latest in a brilliant series about race, identity and heritage hosted by Harvard Professor (Scheduled to air on . Check your local listings.)

In the aftermath of protests in , and renewed calls for a serious "conversation" about race, which always seems to end up with the races talking over one another, Gates' program travels a different road. It is exceptional television and again demonstrates what can be when the medium lives up to its full potential.

While his earlier series dealt mainly with the roots of famous African-Americans, in some cases tracing them back to slave ancestors, this latest series is more of a potpourri.

In the first episode we meet horror novelist , actor and Canadian actress-singer .

King's father walked out on his family when Stephen was two and never returned. father committed suicide and Courtney was brought up in a foster home. father was 78 years old when she was born. When he died he took the secret of his ancestry with him, but not for good. Using genealogy and in some cases DNA, Gates helps each of them to discover family history they never knew.

In the second episode (), Gates features three highly successful athletes: tennis great , shortstop and women's basketball hall of famer . Jeter, who is the son of an African-American father and Irish mother, is astonished to learn that his ancestors included slaves who were "owned" by a white man named .

"The story of America," notes Gates, "is a patchwork of stories like these." This is why racism is so incredibly stupid. To hate someone because of race -- or any other attribute for that matter -- is to hate, if not one's self, then one's ancestors. We are all "mixed." There are no "pure-bred humans." Like wildflowers, we can be seen in many different hues, shapes and origins.

Gates says some scientists believe that great athletes like King, Jeter and Lobo inherit certain traits in their DNA, giving them advantages others don't have. While he doesn't deny the role of DNA, he concludes with something more profound: "The source of their greatness was not simply in their DNA, but also in the values that their ancestors passed down to them, even in ways they had never known."

Isn't the passing down of immutable values something that has been lost in our "tolerant" culture? Doesn't their loss explain the cause of so much social turmoil?

"Finding Your Roots" should be assigned homework for every child. It should also be watched by adults because it contains the essence of a healing balm that could, if we let it, repair some of the damage caused by the way we look at ourselves and other people. We aren't -- or shouldn't be -- defined by race, gender, class, politics, or anything else.

A common humanity is what separates us from plants and animals. It should not separate us from each other.