The state is not G0D 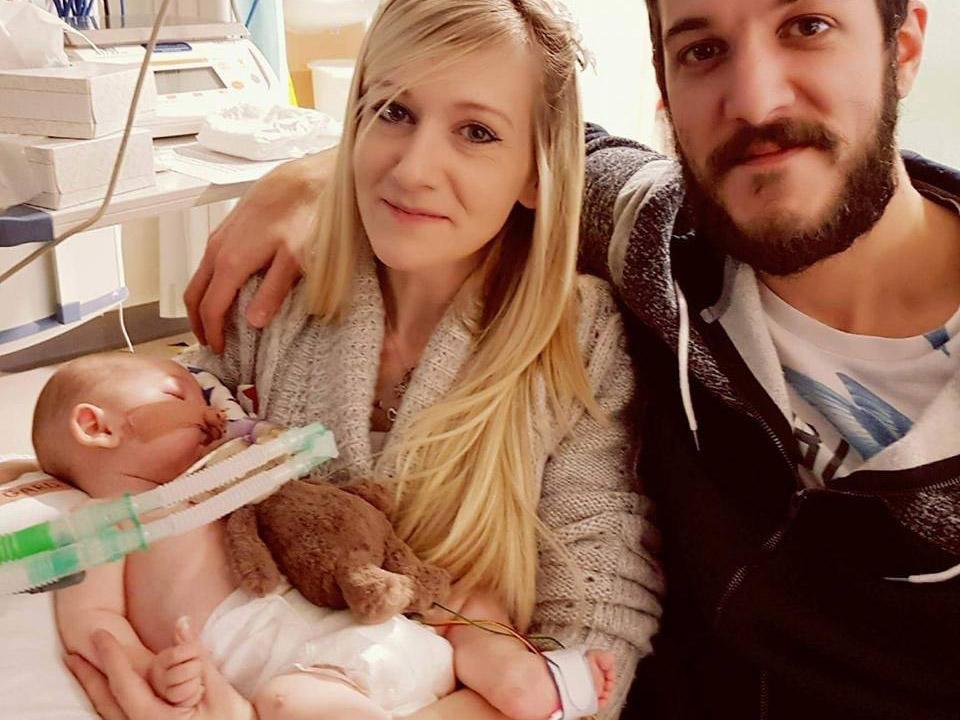 Charlie Gard and his parents.

Anyone looking for another reason not to leave life-and-death issues to the state need look no further than the conflict between the British government and the parents of 11-month-old .

Governments, including the British courts and the European court of human rights have refused to allow Charlie's parents to take him to the for what they believe is life-saving treatment. In what many will regard as a cynical decision, judge gave Charlie's parents just two days to present new evidence as to why their son should receive experimental treatment. A final decision will be handed down in a hearing on Thursday.

Doctors at where Charlie is on a ventilator, his brain reportedly damaged from a rare genetic condition, argue that he should be removed from life support and allowed to die. has offered help. also supports the parent's right to determine what is best for their child.

Charlie's parents, and , believe an experimental treatment known as nucleoside therapy might work on their son. British doctors say it won't improve the child's "quality of life." They want him to die. Apparently that's OK with the state-run National Health Service (NHS), which is always looking for ways to cut costs.

The parents have raised enough money to take Charlie to America for treatment. Wouldn't most parents do all they could for their child, especially one so young who is helpless and at the mercy of adults? I know I would for my grandson, who is also named Charlie.

Judges, bureaucrats and politicians should not be allowed to make such a decision, but the growing power of the state is increasingly assuming the power to determine who is fit to live and who should die -- and to quote Scrooge from "A Christmas Carol," "decrease the surplus population." Who, or what, can stop them, assuming a majority want to?

When the state is allowed to assign value to a human life, the unwanted, the inconvenient, the sick, the elderly and the handicapped are all at risk. Seeing lives as less than valuable, or of no value, will bring us to the point where only the fit and healthy are allowed to live.

, founder of , wrote in 1921, "The most urgent problem today is how to limit and discourage the over-fertility of the mentally and physically defective." The Nazis took this thinking to its most inhumane level with horrific results.

At a Monday hearing, said "new and powerful" evidence submitted by the parents and their attorney could overturn previous rulings. That would be good, but the larger question is why does a court get to decide what health care is best for a child? That should be the parents' privilege and responsibility.

MPs in have introduced a bill to parliament, which would decriminalize abortion "by repealing a law that dates back to Victorian times." How short a step is it from the complete devaluation of the unborn to infanticide, to euthanasia and finally and inevitably a full embrace of eugenics?

It was professor of biology, Dr. , who issued this stern warning: "We have paid some high prices for the technological conquest of nature, but none so high as the intellectual and spiritual costs of seeing nature as mere material for our manipulation, exploitation and transformation. With the powers of biological engineering gathering, there will be splendid new opportunities for similar degradation of our view of man. ... If we come to see ourselves as meat, then meat we shall become."

is not "meat." He and his parents should be allowed to come to America. As long as hope lives, so does Charlie.