Give Laura Ingraham the opportunity to confront cowardly Left 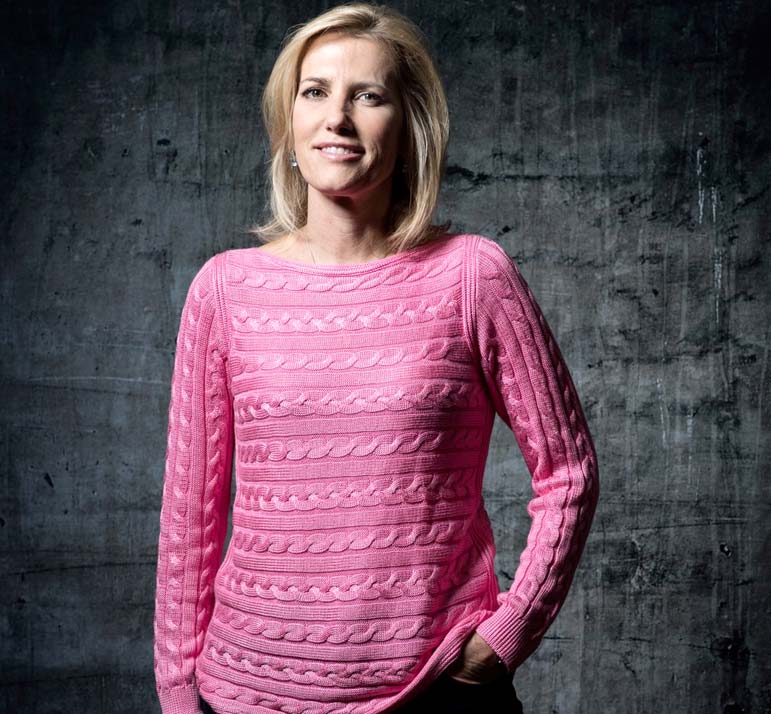 host has apologized, as has the network, for nothing more serious than her tweet: " rejected by four colleges to which he applied and whines about it. (Dinged by with a 4.1 GPA ... totally predictable given acceptance rates.)"

The 17-year-old Hogg, a survivor of the mass shooting at in , is the new face of the anti-gun movement, having achieved overnight victim status, reserved, apparently, only for those on the left, which supposedly insulates him from criticism.

Hogg rejected Ingraham's apology and called her a "bully." Whatever happened to "sticks and stones may break my bones, but words will never harm me"? If Hogg thinks he is being bullied by Ingraham, how would he react to a real bully, the kind who punches you in the face?

Instead of adopting a "poor me" stance, Hogg should have asked to appear on Ingraham's show where the two could have debated the issues. He didn't make this request; instead he swiped at Ingraham in the media. Isn't there something a little cowardly about that?

I first met in the early '80s when she was a student at . Even then she was smart, articulate and opinionated. She and two male colleagues got into a battle with the college administration over a student publication called "The Dartmouth Review." The conservative campus newspaper often satirized the growing political correctness movement, including attempts by the school to remove its Native American mascot.

Laura is a kind, compassionate woman and a practicing Roman Catholic. She is a single mother of three adopted children who might have experienced a far different life without her. She is also a breast cancer survivor.

The left says things far worse than what she tweeted about . My hate mail makes her remarks seem tame by comparison, but I don't demand apologies. I can take it.

Speaking of comparisons, recall what said on "The View" about Vice President Christian faith. She mocked his beliefs and suggested they might reflect a mental illness.

Apparently under similar pressure from , Behar apologized on the air and went further, calling the vice president and apologizing to him directly, which he graciously accepted.

In an interview with The Outline, Hogg spewed the worst profanities and insulted parents, who he thinks are stupid because they are not fluent in social media. Where is parental discipline when it's needed most? If he were my kid and behaved as he does, he'd be grounded. If the behavior continued, he'd have to find somewhere else to live.

Some sponsors have pulled their commercials from Ingraham's show, as some did after Behar's insulting remark.

This is the wrong approach. Instead of boycotts and threats, how about celebrating the First Amendment by encouraging people to say what they think? Then viewers can decide whether to "buy" what a program is selling or change channels. That was what the left said to do in the 1980s when conservatives were upset by some TV programming. "If you don't like it, change the channel," they said. If that was an option then, why isn't it an option now?

Debate is better than boycotts and pressure, egged on by groups that raise funds from this type of controversy. The country and its politics would benefit from genuine debate, rather than attempts to silence people with whom we might disagree.

Let speak his immature mind and let have her say. And then let them debate each other, assuming Hogg doesn't want to adopt another role, that of coward.