Gorsuch and the ghost of Harry Reid 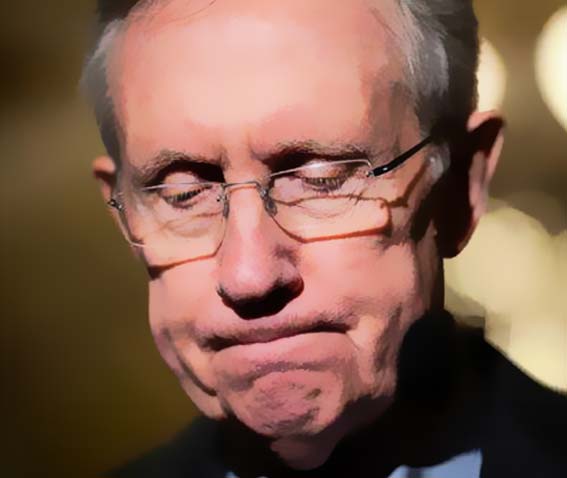 What goes around comes around is one of life's undeniable truisms and never more than in the politics of (the "D.C." increasingly standing for dysfunctional city).

Last week was week in D.C. This week it's week. must now decide whether to use the "nuclear option," a parliamentary procedure that allows the to override a rule or precedent by a simple majority of 51 votes, instead of by a supermajority of 60 votes, as a tool for confirming President Trump's nominee to the .

For those whose primary diet is not politics, a little history will help explain the pedigree of the nuclear option.

The constitutional option has been around in one form or another for more than a century. Writing on the website Think Progress, references a article in 2004: "The basic mechanism was devised by in 1890 to defeat a Democratic filibuster of a bill permitting military intervention in Southern states that prevented African-Americans from voting."

That in itself is interesting since the history of Democratic opposition to civil rights, especially in the South, has largely been forgotten as modern smear for their alleged "voter suppression" of minorities. But I digress.

Under the 1890 plan, notes Millhiser, "Sen. (R-RI) proposed introducing a motion asserting that 'when any bill, resolution, or other question shall have been under consideration for a considerable time, it shall be in order for any senator to demand that debate thereon be closed.'"

That is the choice for this week with the Gorsuch nomination. Should enough of them vote to get to the 60-vote majority currently required for a Supreme Court nominee, or should they do what their liberal base is demanding and vote "no," prompting Senate Majority Leader (R-KY), to change rules to allow Gorsuch to be confirmed by a simple majority?

don't have a credible leg to stand on in opposing a change in rules. That's because their former Majority Leader, (), changed the rules to confirm federal judges nominated by President Obama by a simple majority over Republican objections.

"Power" is defined as the "ability to do or act" and having the "capability of doing or accomplishing something." As long as have the majority, they should consider using their power. They have the numbers so they have the ability. The question is, are they capable enough to confirm Gorsuch with little support from ?

Sometimes it appears are more concerned about negative press coverage, which they will get simply because they are , than about the wrath of voters. All politicians use power to advance their agenda. And now that are in the minority, they are using what little power they have, aided by their like-minded media colleagues, to stymie the Republican agenda.

If the nuclear option is necessary to confirm Judge Gorsuch, Republican senators should use it. And they should keep it for all federal judges, just as did with President Obama's nominees. This is what fear most, because with a clear conservative majority on the Supreme Court and more conservatives on lower courts they could no longer expect judges, rather than legislators, to advance their agenda and they would have to be accountable to voters.