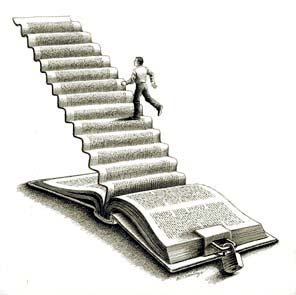 Opponents of charter schools have claimed that these schools are "cherry-picking" the students they admit, and that this explains why many charter schools get better educational results with less money than public schools do.

Many controversies about how students should be admitted to educational institutions, especially those supported by the taxpayers, betray a fundamental confusion about what these institutions are there for. This applies to both schools and colleges.

Admitting students strictly on the basis of their academic qualifications, which might seem to be common sense, is rejected by many college admissions committees.

A dean of admissions at Harvard, years ago, said, "the question we ask is: how well has this person used the opportunities available to him or her?" In other words, the issue is seen as which of the competing applicants are more deserving. Since some people have had far better educational opportunities than others, that is supposed to be taken into account in deciding whom to admit.

This myopic view of admissions decisions, as a question of choosing between applicant A versus applicant B, totally ignores the reason for the existence of educational institutions in the first place. These institutions were not created in order to dispense favors to particular individuals, but to confer benefits on society at large, by supplying graduates with skills valuable to the other members of society.

When Jonas Salk applied to selective Townsend Harris High School in New York, and later to the then-selective City College of New York (CCNY), there might well have been some other student, not quite as academically qualified, who could have been admitted instead, on the basis of having overcome greater handicaps than Jonas Salk had.

But the relevant question is: Would that other student have been equally likely to create a vaccine that would banish the scourge of polio?

This is not a question of elitism versus egalitarianism. The vanquishing of polio was a boon to millions of people, rich and poor alike, to people of every race, color and creed, in countries around the world. Thank heaven Salk was not kept out of selective educational institutions for the sake of "social justice" to one other individual who could have been admitted in his place.

The track record of New York's selective public high schools — especially the most selective, Stuyvesant, Bronx Science and Brooklyn Tech — includes graduates whose contributions have created social benefits that have led to all sorts of awards and prizes, up to and including Nobel Prizes, seven Nobel Prizes in physics alone for graduates of the Bronx High School of Science alone.

Attacks on selective educational institutions, including attacks on academic qualifications as prime criteria, have been made across the country, for years on end. In New York, the attack on strict academic admissions standards at CCNY succeeded decades ago, while attacks on the selective public high schools have not yet succeeded.

Those who attacked the strict admissions standards at CCNY demanded "open admissions" — which was an impossible demand from the outset. If just anybody could get into CCNY, then it would no longer be CCNY in any meaningful sense, so what would those admitted accomplish by getting in? They could get into the buildings but there was no longer the same education there.

Turning what had once been known as "the poor man's Harvard" into just another failing institution was apparently an object lesson. "Open admissions" was dropped.

Today teachers' unions are attacking charter schools for supposedly "cherry-picking" which students to admit. In reality, the students are usually chosen by lottery, but there is selectivity in the sense that the most concerned parents are more likely to put their children's names in the lottery, and the most successful children are the ones most likely to stay on to graduate.

Any hope of successfully educating poor minority children depends on separating them from the hoodlums who make education impossible in so many ghetto schools. If charter schools do that, more power to them.