Ready for a heroin prescription? 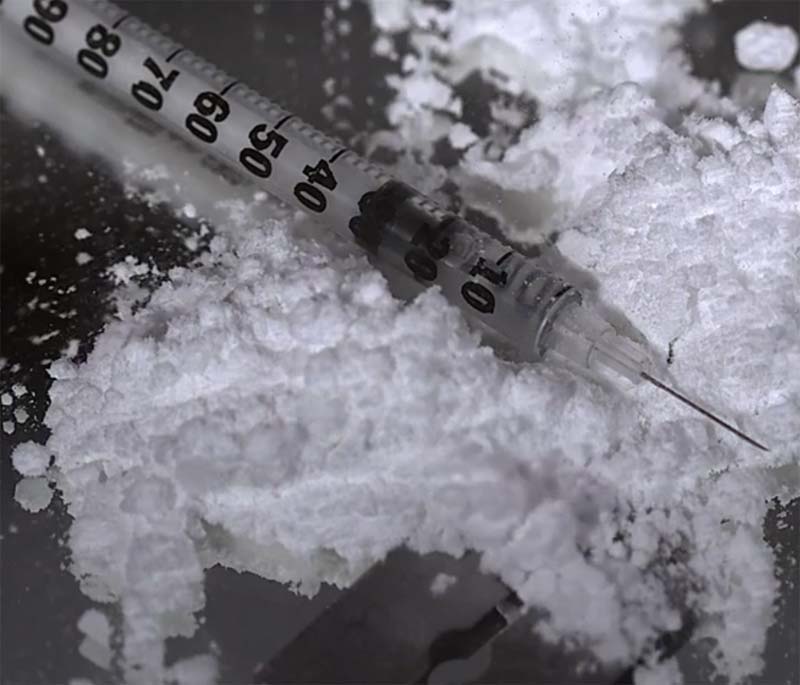 For the second time in three years, U.S. life expectancy has declined. The last time that happened, World War I was raging in Europe and a virulent flu pandemic was ravaging the home front.

This time around, the diseases stalking us are internal. The number of people who took their own life increased by more than 2,000 in 2017, while drug-overdose deaths rose by 10 percent, to more than 70,000.

Suicide and substance abuse are commonly called "deaths of despair," because that's where people turn when their pain is brighter than their hope. And since the epicenters of the opioid epidemic tend to be found in declining rural areas and decaying Rust Belt towns, it's tempting to blame economic despair in particular.

Poverty and unemployment do make people more prone to substance abuse, as does the community breakdown that follows economic collapse. But what's happening in those communities right now is less sociological than technological, less psychology than chemistry. Americans get addicted to drugs for a lot of reasons, but they are dying so rapidly because of one: a drug called fentanyl.


If drugs were comic book villains, fentanyl would be the pitiless 20-story-tall superrobot towering over lesser henchmen such as heroin or oxycodone. Those older drugs are ultimately based on natural compounds found in opium poppies; fentanyl is entirely synthetic, made from precursor chemicals. This means it's comparatively cheap to make - no worries about poppy blight or drug-enforcement agents destroying the crop you've spent months tending.

More importantly, Fentanyl binds more effectively to neurological receptors than the naturally derived drugs, meaning that a tiny amount is incredibly powerful - up to 50 times more potent than heroin. It's thus easier to conceal, because a kilo of pure fentanyl can be split into many more doses than a kilo of pure heroin. And because synthetic opioids can vary slightly in their chemical makeup, fentanyl is also harder for customs to detect. Cheap, convenient fentanyl, much of it sourced from China, has flooded the United States over the past few years, crowding out weaker opioids.

The very qualities that make fentanyl an attractive heroin substitute for drug dealers make it a fatal one for addicts. Because fentanyl is so powerful, even small mistakes in cutting the active ingredient into usable doses can easily produce a fatal overdose. That's why the number of deaths keeps rising, even though the number of people becoming addicted is starting to decline.

We'll probably never conquer opioid addiction entirely, but we could do something about the fentanyl crisis. Warning: You probably won't like it.

Drug policy involves an uncomfortable tradeoff: The easier you make it to continue a drug habit, the more addicts you will have. That's why the law forbids doctors from prescribing most opiates simply to maintain addictions. And why policies such as needle exchange, supervised injection and methadone maintenance have always been controversial. Most people don't want addiction made safer or easier; they want it stopped, cold.

Understandably so. Opioids hijack addicts' brain chemistry, directing their will toward one thing: the next fix. Every time someone is liberated from that pharmaceutical slavery, a great moral victory is won.

But you don't free slaves by killing them, and as long as fentanyl suffuses the illicit drug markets, that's what a "tough love" policy amounts to. The drug naloxone can counter the effects of an opioid overdose, but death tolls have continued to rise even as public-health workers have made naloxone much more widely available. What about detox? About half of addicts who go through treatment are using again within six months, according to Sally Satel, a drug policy expert at the American Enterprise Institute.

That leaves two options: Keep doing what we're doing and let addicts keep dying as they're dying, until the opioid epidemic burns itself out. Or start talking about ways to make safe, reliable doses of opiates available to addicts who aren't ready to stop. That would mean opening more methadone clinics and making it less onerous for doctors to prescribe buprenorphine, a relatively mild opioid that's difficult to overdose on. But lowering the death toll may well require a more drastic step: legalizing prescriptions of stronger opiates.

Prescription heroin? Remember, I said you might not like the solution. I don't like it, either - and frankly, neither do the drug policy researchers who told me it may be necessary. But when fentanyl took over the U.S. illicit drug markets, it also got a lot of addicts as hostages. We'll never be able to rescue them unless we can first keep them alive long enough to be saved.