Lessons from the limping revolutions 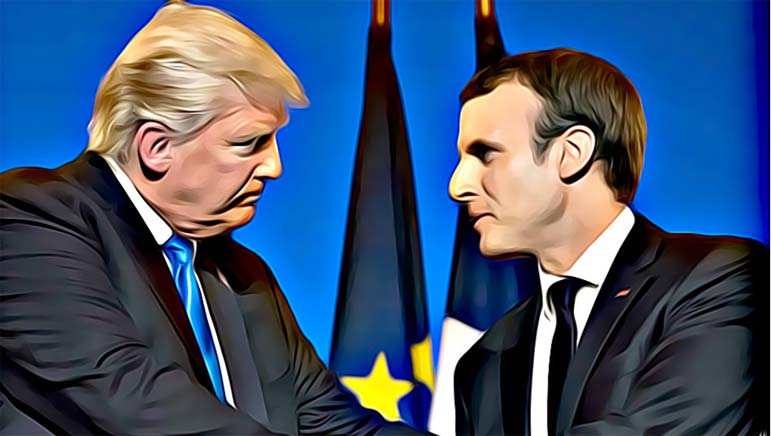 If he had run in any other year, he probably never would have become president.

Limited political experience, no real connection to a mainstream party and a resume that screams "out-of-touch rich guy." The majority of the electorate clearly had someone else as their first choice. But thanks to a series of historical accidents - notably, a late-breaking scandal that fatally damaged his opponent's chances - he now holds the highest office in the land.

Given this unlikely path to office, it's hardly surprising that his approval ratings are dismally low. Or that he faces a swelling protest movement that occasionally turns violent. The country was voting against his opponent more than it was voting for him, and now that he's exercising the powers they reluctantly handed him, they're none too pleased.

I speak, of course, of Emmanuel Macron, the president of France. But you can be excused if you thought I was referring to President Donald Trump. That the two men can appear so politically similar despite such wildly different philosophical commitments suggests a Western polity that's groping for a workable theory of government --- and failing to find it.

To be sure, you have to squint a bit to see the fundamental similarity between the two presidents. It's fair to say that the educated center-left professional class that provides Macron's most enthusiastic support is, in the United States, among Trump's bitterest opponents. And Macron, whose background includes turns as a high-level bureaucrat and an investment banker, is exactly the type against whom Trump voters rebelled.


Trump and Macron, in other words, are nearly pure embodiments of the opposing currents that are reshaping politics throughout Western democracies: the rise of a consolidated cosmopolitan class that often has more in common with counterparts in other nations than with less educated countrymen, and the populist backlash that the rise has engendered.

Both enjoy power not because voters actually endorsed their purist visions, but because of scandal and the somewhat arcane structure of the elections they won: Trump sealed an electoral college victory without winning the popular vote because of 11th-hour questions about candidate Hillary Clinton's private email server; Macron walked to easy victory in a runoff election largely because a corruption allegation during the first round of voting dented the center-right candidate just enough to let nationalist Marine Le Pen slip by.

But some supporters nonetheless saw in these victories the sign that the time of the technocrats or the populists had finally arrived. And detractors will be equally tempted to see in the current struggles a sign that the final victory will be theirs. Those opponents should pause to look across the Atlantic.

French populists, for example, may be heartened by the widespread and vehement protests that erupted over fuel price increases caused by Macron's new carbon tax, forcing him into an embarrassing reconsideration. But these populists should study Trump carefully to see how great is the distance between rallying crowds and successfully governing.

Trump is strongest when articulating emotive goals, such as his promises to "Make America Great Again" by stopping foreigners from stealing all the good jobs. But his populist disdain for pointy-headed elites, which includes the administrative class needed to implement his proposals, has left him largely unable to put policy flesh on the rhetorical bones. And his fiery rhetoric has also inflamed his opposition, who promptly voted to give control of the House of Representatives to the other party.

However, those tempted to imagine that the cure for Trumpism is a bloodless "good government" platform, driven by the efficiency ethos and priorities of the professional classes, should be humbled by Macron's struggles. Technocracy has no constituency outside those classes on either side of the Atlantic. Unless technocracy can ally itself with less abstract kinds of politics - the grubby special-interest logrolling, the appeals to less rational and more visceral moral ties - it founders in a rising tide of voter hostility.

For the past two years, in Western democracies the old competition between the left and right has been realigning into a new battle between cosmopolitans and nativists, declining ethnic majorities and growing immigrant classes, educated elites and the salt of the earth. Both sides have experienced embittering defeats but also heady elation at the possibility of total victory.

Trump and Macron offer each side a glimpse of what that total victory might look like --- and a rebuke to those who seek it.