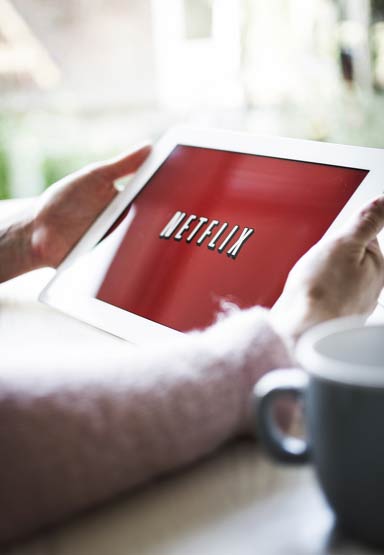 Derek Thompson, writing in the Atlantic this month, highlighted the ways in which contemporary millennial lifestyles are in many ways subsidized by venture capital. Unprofitable businesses are currently offering up great deals to urbanites who otherwise would be unable to afford their fancy city-living in large part because of losses incurred as the cost of buying up market share.

"If you wake up on a Casper mattress, work out with a Peloton before breakfast, Uber to your desk at a WeWork, order DoorDash for lunch, take a Lyft home, and get dinner through Postmates, you've interacted with seven companies that will collectively lose nearly $14 billion this year," Thompson wrote of the "Millennial Lifestyle Sponsorship." "If you use Lime scooters to bop around the city, download Wag to walk your dog, and sign up for Blue Apron to make a meal, that's three more brands that have never recorded a dime in earnings, or have seen their valuations fall by more than 50 percent."

He doesn't mention it, but there's another key player in the MLS field: Netflix. As Richard Rushfield has noted in his excellent newsletter on Hollywood business, The Ankler, Netflix is in a tricky position. The vast majority of Netflix's viewers (upwards of 80 percent, according to him) watch licensed content ("Friends" and the like) and in order to create a library of programming audiences will pay for, the company has gone massively in debt: "Netflix is currently in the hole for about $20 billion in debt and obligations and still operating at a loss."

Those benefiting from the "Netflix and Chill" branch of the Millennial Lifestyle Subsidy tree don't care. And it's all well and good for a Silicon Valley unicorn, one of those rare tech beasts whose valuations do not match profit-loss statements because there's no real competition yet and everyone believes first-mover status is an insurmountable advantage. But with the rapid rise of vicious streaming competition - the ascendancy of Hulu and niche programmers such as Criterion; the creation of streaming services by Disney, Warner Brothers and Apple, to name a (very) few - Netflix's advantage seems to be fading.

One can already sense a sort of nostalgia for the golden age of bingeing while reading the Hollywood Reporter's roundtable with seven studio heads. "Doesn't it bum you out that you can't make 'The Irishman'?" asked THR's Matthew Belloni. And while one might expect studio heads to go the diplomatic route and say no - everyone in Hollywood believes in their own product, after all, and there are no regrets ahead of time - you believe the execs when they answer in the negative.

"You know, it actually doesn't. It would bum me out if no one made the movie," Universal's Donna Langley said. "It's never been a better time for filmmakers and storytelling and for things to find their way into the world that were getting squeezed over the last five or six years or even longer."


Who can blame Langley for being glad Netflix is taking one for the collective team here? After all, the idea of spending $160 million producing, and then another $50 million to $100 million marketing, an R-rated Martin Scorsese movie is daunting. Even if it's a huge awards season hit - and early notices suggest it might be Netflix's breakthrough best picture winner - you're looking at a movie that would need to gross half-a-billion dollars worldwide to break even. And as great as Scorsese is, the closest he's come to that is "The Wolf of Wall Street," which didn't crack $400 million.

As a movie lover, I'm glad that someone is willing to shell out an enormous amount of money in a largely unaccountable way to give one of our greatest living filmmakers the opportunity to realize a very specific and personal vision. But there's no way this sort of thing is sustainable.

The other streamers are focused on big TV shows that will draw sustained interest, and the studios are putting bets on easily adapted properties filled with spandex and CGI. Netflix can't keep pouring money into artistically minded, expensive, niche originals like this.

All of which leads me to wonder if we're going to one day miss this strange moment where Netflix is subsidizing interesting work by interesting directors. Names such as Scorsese and Cuaron and Coen making movies that are simply too expensive to release in theaters but nevertheless have a home on a streaming service flailing about for a sense of purpose. Enjoy it while it lasts.

Previously:
• The real reason LeBron James has betrayed his values
• Want comedy to change minds? The risk of offensiveness has to be there --- progressives be damned
• Politics and social media may be the death of us all, just as 'Seveneves' predicted
• 'Veep' was TV's finest tragedy --- and a horrifying story about the pursuit of power
• Criticism is conversation, not an assault on your identity
• In defense of the 'chick flick' label
• From 'Ghostbusters' to 'Captain Marvel,' culture warriors get box-office results all wrong
• What Trump's fast-food feast and Gillette's woke razor blades have in common
• 'Widows' is an OK heist flick, but an amazing critique of corrupt local politics
• 'Deadpool 2' is funniest when it takes on all sides of our dumb ideological fights
• The endgame of 'The Americans' might come down to a flag
• R. Lee Ermey made 'Full Metal Jacket' a movie that Marines and antiwar protesters could love
• A Quiet Place' isn't just pro-life --- it makes us understand what being pro-life truly means
• Babe's Aziz Ansari piece was a gift to anyone who wants to derail #MeToo
• Parents, please stop turning your kids into viral sensations
• People who want Twitter to clean up its act should be careful what they wish for
• 'Veep' captures the grubbiness of post-presidency greed; Obama should take heed
• The conservative critics the BBC left out of its best movies poll
• Republicans buy movie tickets too, Paul Feig
•
• Toys with disclaimers ---- against social and political commentary. Seriously
• Why conservatives should back plans to make the Oscars more diverse
• With '13 Hours,' Hollywood is finally acknowledging conservative audiences