6 Reasons the CNN-Acosta Lawsuit Is Lame 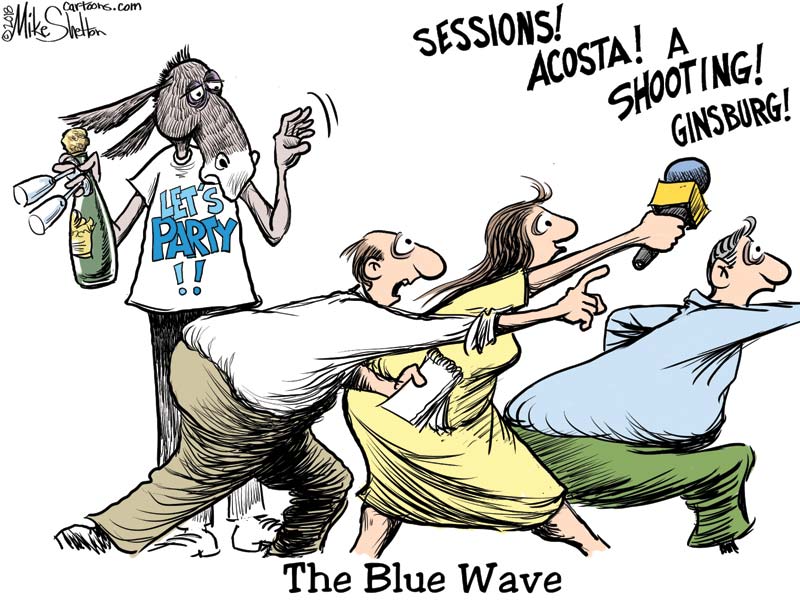 CNN's war on the Trump White House is now entering the legal system.

CNN filed a lawsuit in the U.S. Court of Appeals for the District of Columbia Circuit insisting that denying its chief White House shouter Jim Acosta a permanent press pass has caused "irreparable harm," and that Acosta has a constitutional right to shout at the president under the First and Fifth Amendment rights. How lame is this? Let us count the ways:

1. CNN claims its network is "significantly hampered," causing harm to Americans who "rely on CNN as an essential news source." As a network, CNN is not impaired. It still has more than 10 credentialed White House reporters and producers. The only "harm" might be that Acosta yelling at (and repeatedly interrupting) the president excites CNN's liberal base.

Besides, Acosta isn't very thorough, as exposed in his attempt to ask Trump adviser Stephen Miller about immigrants. He said, "But this whole notion of ... 'they have to learn English before they get to the United States,' are we just going to bring in people from Great Britain and Australia?" Miller calmly explained Acosta was wrong and that many countries have proficient English speakers. And the Washington Post "Fact Checker" agreed.

3. Acosta and his network haven't always been this hostile ("diligent and thorough") in covering presidents. On the day of former President Obama's second inauguration, Acosta proclaimed: "I feel like I should pinch myself right now, Wolf. I can't believe I have this vantage point of history in the making." He later added: "It's good to be the president. It's almost like being a rock star on every street corner of Washington on this day."

What makes Acosta so unique? It's the extreme rudeness and the unwillingness to cede the microphone when his turn is over, like he thinks the other reporters are all worthless and weak.


5. On Capitol Hill, journalists denied a press pass to Breitbart News. Should Breitbart have hired a lawyer and sued? There was no security reason to deny Breitbart, just the contention that it isn't really a "news" organization. That, quite clearly, is the president's view about CNN, which spends most of its day assembling panels to trash the president as an ignorant, racist, dangerous, law-abusing tool of the Russians.

6. The president has a right to call on reporters and ignore reporters; he has the right to hold a press conference or not hold one. Former President George W. Bush never took questions from CNN's Dan Rather. President Obama never consented to questions from Fox News' Sean Hannity.

Trump could give Acosta his pass back and then try to ignore his question. But everyone knows that whether Acosta's called on or not, he's going to yell and yell. Neither his bosses nor his colleagues ever think it's time for him to sit down and shut up.