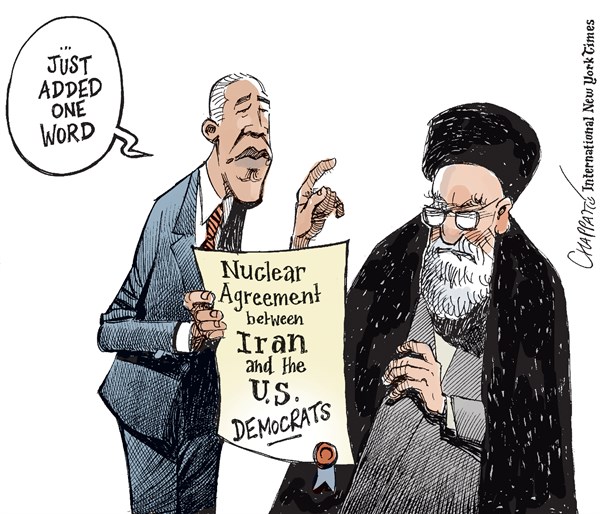 WASHINGTON - Republicans in Congress who vigorously opposed Donald Trump's run for president are now preparing to work with the incoming Trump administration on a number of foreign policy and national security issues where their policies overlap. First on their agenda is drastically increasing sanctions on Iran.

"There are several issues that I can work with the new president on, the Iran deal being number one," Sen. Lindsey Graham, R-S.C., who voted for independent candidate Evan McMullin, told me. "Trump has been right about the Iran deal, it needs to be renegotiated. I'm going to create leverage for him."

On the first day Congress is back in session, Graham said he and Senate Armed Services Committee Chairman John McCain, R-Ariz., will reintroduce the Iran Ballistic Missile Sanctions Act, which was first introduced by outgoing Sen. Kelly Ayotte, R-N.H.

The legislation would expand the non-nuclear related sanctions on Iran to include entire sectors of the Iranian economy that aid in Iran's ballistic missile program. It would also sanction any Iranian companies or organizations that support the missile program.

The strategy is to tighten the noose on Iran such that if and when President Trump tries to renegotiate the Iran deal, as he promised to do on the campaign trail, the Iranians will be under more pressure to come to the table.

"I want to help Trump on Iran. One way is to reimpose sanctions outside the conduct of the nuclear deal," said Graham. "I hope this will help President Trump get a better deal."

Increasing sanctions on Iran is only one area where Republicans who opposed Trump previously are planning to work with the new administration. Defense hawks in both chambers also agree with Trump's pledge to get rid of limits on military spending imposed by previous budget deals, move Israel policy to be more friendly to the government of Benjamin Netanyahu and roll back the Obama administration's moves to normalize relations with Cuba.

But the Iran issue is the most likely space for cooperation, because most of the preparatory work has already been done and because the effort might get some Democratic support.

In July, just before leaving town, the House Republican leadership passed three Iran sanctions bills that are primed for quick passage in the Senate. The main bill, sponsored by House Majority Leader Kevin McCarthy, R-Calif., would impose new sanctions on Iran and any country that supports its illicit activities in response to Iran's continued development and testing of its ballistic missile program, its support for terrorism and its ongoing violations of human rights.

If Hillary Clinton had won, there was also widespread expectation that her administration would have increased pressure on Iran due to what many Clinton advisers saw as Iran's increasingly provocative and aggressive behavior outside the nuclear realm. Some senior Democrats, including incoming Senate Minority Leader Charles Schumer, D-N.Y., also support new measures on Iran.

But the Clinton team was planning to ramp up sanctions in a way carefully calibrated to keep the Iran deal in place, while the Trump team has no desire to thread that needle.

Last month, Wendy Sherman, a top Clinton campaign adviser who was also the State Department's lead negotiator for the Iran deal, said that if Trump were elected he would face difficulties trying to unravel the pact.

"If a president wanted to rip it up on day one, there are certainly things he could do. But it would be hard because we have partners in this endeavor and they wouldn't be so happy about us doing so," she said at the Meridian Global Leadership Summit.

But experts said that the Trump administration and the Republican-led Congress are determined to move ahead even without the support of allies that are also a party to the Iran deal.

Even if the Trump administration keeps the Iran deal in place, the Obama administration's effort to encourage Iran toward better behavior through positive engagement is now over and the United States is going back to a policy of pressure using several tools, including the threat of military force, said Mark Dubowitz, executive director of the Foundation for Defense of Democracies.

"This election is a game changer with respect to the Iran policy, from a policy that was paralyzed by the Iran deal to a president who is more willing to use all the elements of American power," he said. "The honeymoon is over."