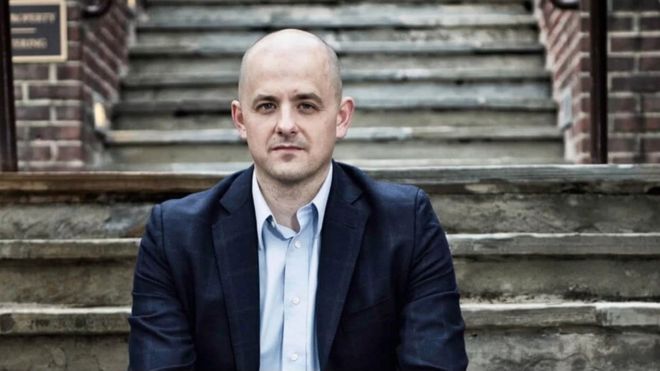 Conservative independent presidential candidate Evan McMullin is rising in the polls and stands a fair chance of stealing the red state of Utah from GOP nominee Donald Trump. So it's no surprise that pro-Trump Republicans and others are raising questions about his record as an undercover CIA officer.

Vetting a former spy for the nation's highest office isn't easy, considering the classified nature of his government service. This has left McMullin vulnerable to attacks he cannot publicly address. But I interviewed six former CIA officers who worked with McMullin during his 10 years inside the agency. What emerged was a picture of a young case officer who volunteered for duty in the world's most dangerous places and had a unique talent for recruiting members of extremist organizations as assets.

McMullin joined the CIA as a student trainee while an undergraduate at Brigham Young University. He would alternate semesters between the university and training at CIA headquarters in Langley, Va. During that time, he spent a year in Israel and Jordan learning Arabic. He also worked for a refugee resettlement program run by the United Nations.

After graduating in 2001, McMullin joined the CIA's directorate of operations, which runs clandestine missions abroad. He was in a computer training class at Langley headquarters when the 9/11 attacks occurred. After that, McMullin's 18-month training to be an undercover operative was sped up, and he soon found himself in a southwest Asian country where the U.S. military was deeply engaged in the new war on terror. The specific country remains classified to protect his contacts there.

The CIA station chief who supervised McMullin in his first overseas assignment told me that McMullin stood out among all the new case officers because of his insistence on going outside the safe confines of the embassy to meet and develop human- intelligence assets. As a Mormon, McMullin could not indulge in the vices that often help to build such bonds, so he used his piousness and his experience before college as a missionary in Brazil to his advantage.

"He believes in what he says and that's how he recruited people," the station chief said. "People fundamentally trust Evan."

While specific details of McMullin's missions remain classified, intelligence goals at that time included gathering information on the Taliban, developing intelligence for strikes on terrorists and searching for high-value al-Qaeda leaders, including Osama bin Laden, his former boss said.

Kevin Hulbert, a former senior CIA official in the directorate of operations who worked with McMullin overseas, told me that McMullin's steady personality, honesty and work ethic reassured potential intelligence sources who were risking their lives to help the United States.

"People who would be assets were drawn to that type of person. They needed to trust that he wouldn't get them killed," Hulbert said. "There were a lot of people who took an easier route at the agency. Evan was always in the middle of the fight."

McMullin served his later years as an undercover officer in Iraq while the U.S. military was battling a brutal Sunni insurgency and collecting intelligence on what was then called al-Qaeda in Iraq but is now the Islamic State. McMullin worked in Iraq until 2010, when the country achieved a degree of stability and the terrorist threat was temporarily minimized.

He resigned from the CIA, attended Wharton Business School and got a job at Goldman Sachs. Subsequently, he worked as a Republican congressional policy staffer. Until August, McMullin was the policy director for the House Republican Conference. Dismayed over how the GOP leadership was equivocating on Trump, he resigned and declared his candidacy for president.

His campaign has garnered national press attention, but McMullin himself had avoided much scrutiny until polls this month showed him virtually even with Trump and Hillary Clinton in Utah. Then the attacks began. Last week, former CIA senior official John Kiriakou, a famous whistleblower who was also imprisoned for revealing classified information, alleged that McMullin's "history doesn't hold up to scrutiny." Pro-Trump Fox News pundit Sean Hannity called McMullin a plant from either the Jeb Bush or Mitt Romney camp. Fox Business Network host Lou Dobbs tweeted that McMullin was a "Mormon Mafia Tool." Trump called him a puppet who "nobody ever heard of."

CIA public affairs said it does not disclose personnel information. But retired Gen. Michael Hayden, who was CIA director during three of the years McMullin worked there, told me he independently confirmed McMullin's account of his service.

Political professionals and pundits often lash out at what they don't understand; for them McMullin, who spent most of his career in the shadows, is an enigma. The former spy may become the first non- major-party presidential candidate to win a state since 1968 without most of the country coming to know him. That might be his most successful covert operation.